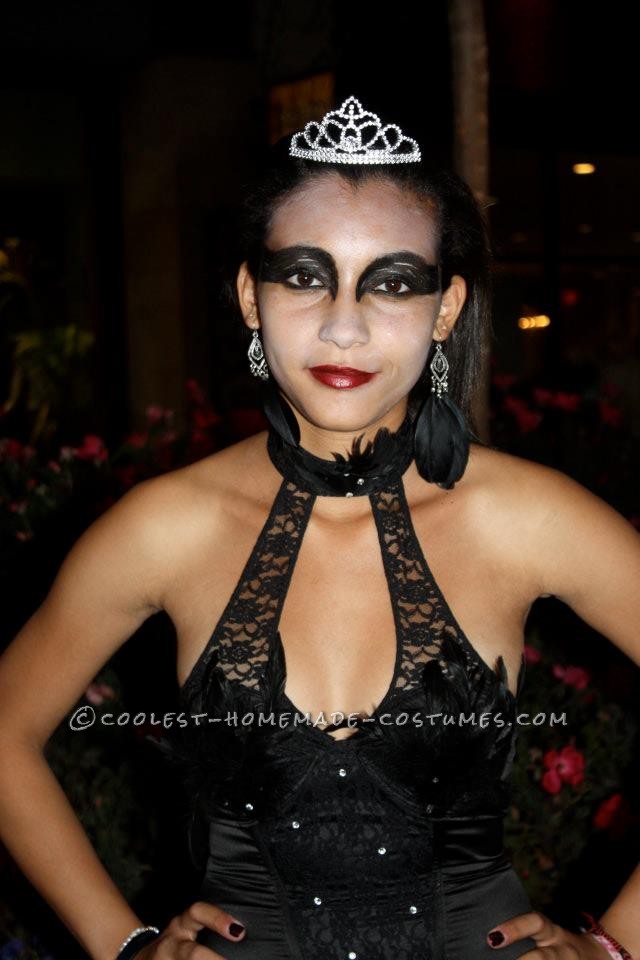 For Halloween, I always try to go as all out as I can to enjoy myself before and during the wicked season. Previously, I had not tried to go dark and mysterious with my costumes. I had only tried to make myself a good costume with no regard to the “scary- factor” of any of them. The movie “Black Swan” had recently come out and I was inspired. Although this concept was not entirely scary, it was still dark, especially to those who had seen the movie all the way through.

I wanted to have an amazing concept for my Halloween costume, but I had no complete direction to go in. I had no idea where to start. I had finally decided to take it easy that year, and just buy a costume and see how I would do with the makeup aspect of Halloween (which is also one of my most favorite parts of Halloween). For obvious reasons, the Black Swan costume was very popular and hard to find in the proper size. I had to search more than four Halloween stores throughout the course of several weeks in order to find one relatively close to my size, and even then it was not entirely my size.

Apparently, many girls had found the movie “Black Swan” to be inspiring. I only hope that they tried to do justice to the character with their makeup, as I tried to do. When I had found one, it was extremely short, a side effect of being named a “sexy swan” costume. I debated whether or not to buy it for a long time in the dressing room as I had it on. I made sure that all aspects of the costume would add up and make it worth the purchase. I finally decided that it worked and that I had tights to put underneath it anyway.

The make up portion was not as easy as one might think it would have been. It was quite difficult, mainly because my skin color is not pale. The only way to lighten up my skin was to use sticky, generic Halloween paint. This paint was very hard to spread on my skin and left a quite undesirable feeling on my skin the entire time I had it on. After that, I used the actual movie makeup as a reference. It was difficult to make it even, but I persevered. When the day came, I got myself ready: I put on my costume, did my makeup, and used ribbon and heels to make faux ballet point shoes (having some experience with ballet). I had school on Halloween that year, and I got many stares. I also had to take the bus home that day, which gave me an equal amount, if not more, of stares. Not only that, but I also missed my bus stop, requiring me to walk about a block home in broad daylight in a dark costume. Overall, though, it was an amazing experience and I am happy I accomplished it. 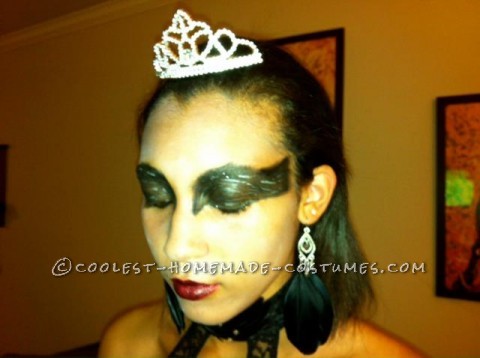 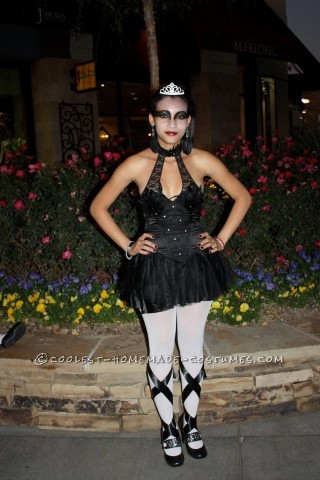