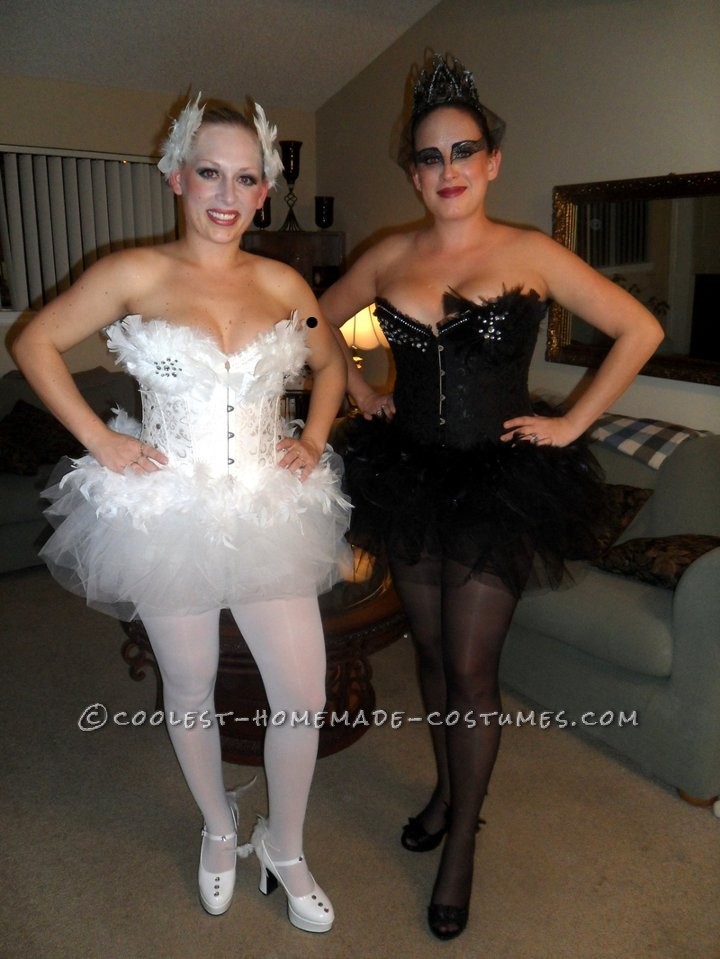 I did not see any Black Swan costumes last Halloween which really surprised me due to the popularity of the movie. I love Halloween and I especially love to get creative and matchy-matchy with my best friend, so I was intrigued by the originality and challenge this Black Swan and White Swan costume presented. I knew it would be perfect!

It was important to us to be as true to the costumes in the movie as possible while also including personalized flares to reflect our individual and unique personalities. The initial step was to order a corset and a tutu for a base. I found matching black and white corset/tutu sets on EBay.  The corsets are lined on the top and bottom with ruffled lace and mini rhinestones.

The material has a Chambord design which adds texture to the look. When I received the corsets, I was shocked by how beautiful they were and I didn’t want to ruin them by using hot glue or thread on them. I had to get creative to make this work. I found most of my supplies at Hobby Lobby and Wal-Mart, including alligator hair clips, feathers, boas, rhinestone gems, hot glue gun, fabric tape, tulle, felt and pantyhose. The tiara was purchased from Claires.

The tutu was very thin and not as stiff and full as I wanted it, so I added 3 extra layers of tulle using a hot glue gun. I then trimmed the layers, hung the tutu upside down, hair-sprayed it and let it set for 1 week which helped give it a stiff, full, pancaked look. To create the layered feather look seen in the movie, I cut a white feather boa to size and safety pinned it to the waist of the skirt.

I wore white, opaque tights and white, lace boy-shorts. I used white face paint on the top three quarters of my face to get the pale look and I copied the eye shadow and lipstick as best as possible.

The black tutu had the illusion of being fuller due to the color, so no extra layers were added. A black boa was cut to size and safety pinned to the waste. The remaining boa piece was cut in half and tied onto the arms to give the appearance of feathers.

The crown was the most intricate detail. We took a silver, princess tiara and burned it to give it a melted, steel-colored look. We took tin foil and twisted it to make more peaks and points and hot glued them to the crown and then spray painted it with black paint.

The eye makeup was a very tedious process. Black eyeliner and green and silver metallic eye shadows were used to create the layered effect. The lipstick was matched as closely as possible. A piece of black tulle was strung across the top of the face and bobby pinned to the hair.

Black tights and black boy shorts instead of white were worn to give a more cohesive look to the costume.

The costumes were as true to the movie as we could possibly get them, but we wanted to reflect our style and personality in a creative way. We chose to do this with the shoes. For the White Swan, I took a pair of white, platform Mary Jane heels and used fabric tape to add 3 layers of white feathers on the back of the heel. I also used fabric tape to add rhinestones on the toe, heel and strap. For the Black Swan, a pair of open-toed pumps were used. Three layers of feathers were also taped to the heel along with rhinestones. The shoes were our statement!

This was the most work I have ever put into a costume and I loved every minute of it. Although we were too late to be entered into the costume contest, we got many compliments throughout the night. The pictures do not do them justice. I am very proud of our hard work! 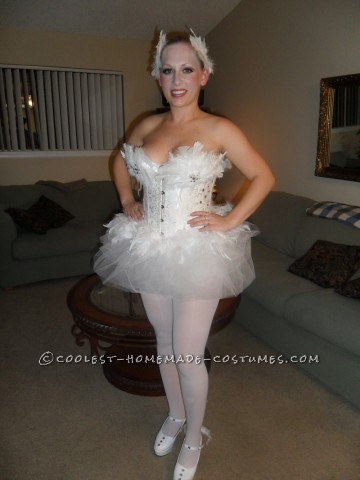 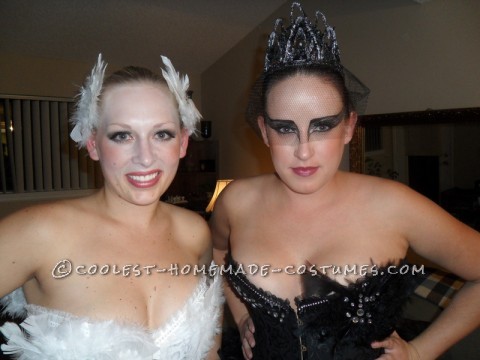 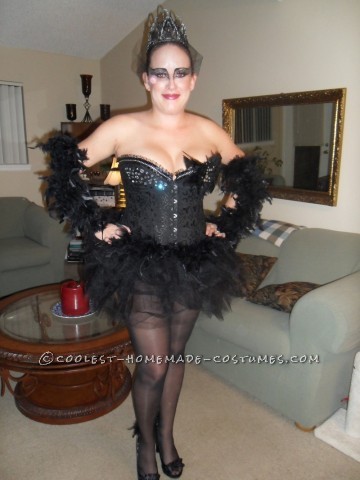 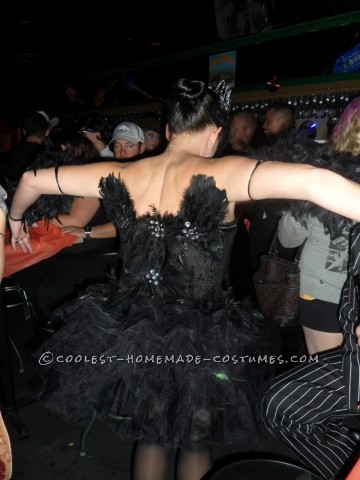 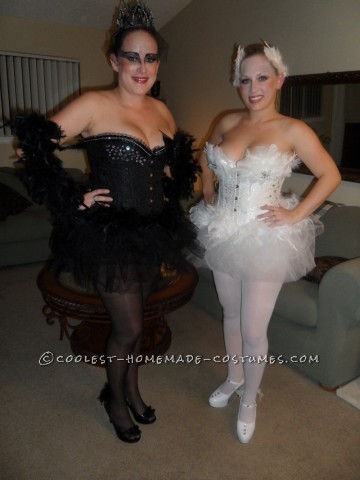 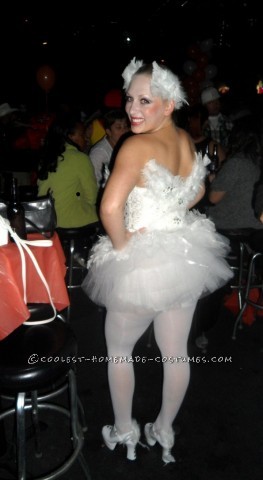 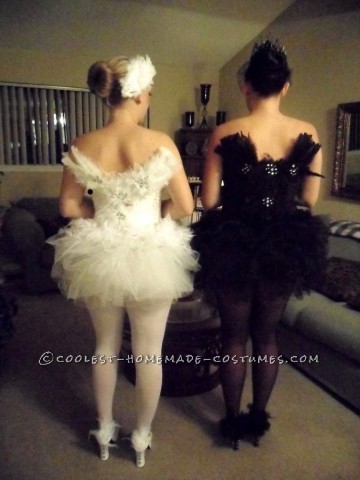