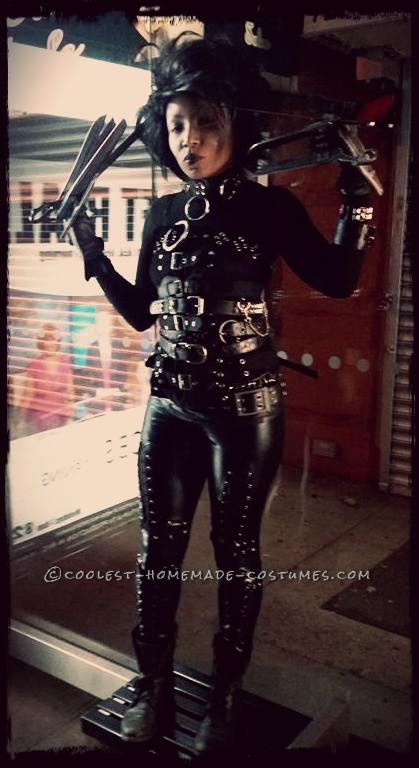 This was my most ambitious homemade costume yet. I was scrolling through Netflix and saw the Edward Scissorhands title and a light bulb went off. I was curious how much a Edward Scissorhands costume would cost and it was over $150! I knew I could do better so thus started my research on how to make my own. I wanted the costume to stay as true to Edward’s original look, but also add some of my own personal style to it.

I started with buying a gothic style corset from ebay. The corset already had lots of buckles down the front, but it was not enough to complete the look. So next I started looking for the perfect pants. I decided to go with the lace up corset style leggings. Edward’s pants were a fitted style so I know I needed something a bit body forming. The leggings were a ridiculous price starting at $50 from any US seller. I was bummed, but I knew those were the only pants I wanted to use. So I took a chance on ordering them for $12 from China. I was so worried they would not make it on time, because the expected delivery date was well into November. But they came in about a week and I was delighted and moved on with the rest of the costume.

Next, I went to the thrfit store and bought as many belts as I could find with round buckles and holes. Basically, punk/gothic style belts. I was so lucky to find the perfect amount of belts that I would need to go over the corset. I decided to wear a black turtle neck under the corset so that my entire body would be covered just like Edward. The only thing exposed would be my face. Lastly, I ordered the deluxe Edward Scissorhands gloves from ebay, as well as a messy black wig.

For the make up, I’d watched countless tutorials on youtube on how to makes scars using spirit gum and scar wax. When it came time to do my make up it was a disaster! They made it seem so easy in the videos. I couldn’t get it to stick to my face at all. So I had to improvise by drawing the scars on with black and silver liquid eyeliner. It ended up looking just as cool thankfully. I also added a punk type of collar around my neck, and black combat boots for the finish.

My costume was a huge hit! So many people stopped me for pictures and gave me compliments. I felt very special and was glad to see my idea come to life and people appreciate it. 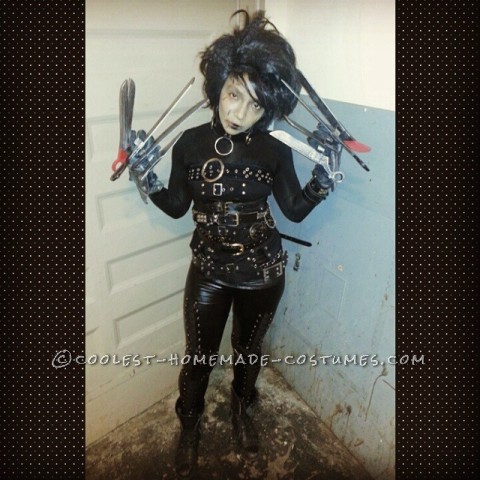 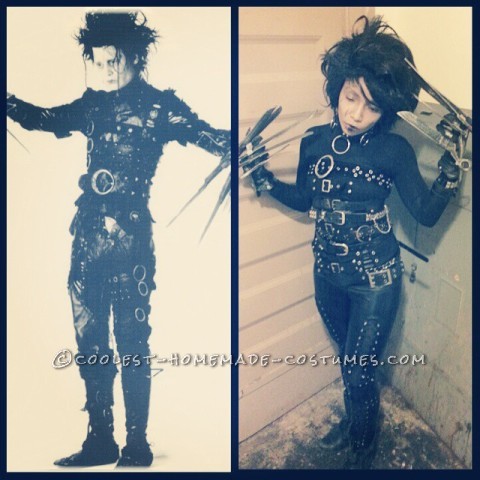 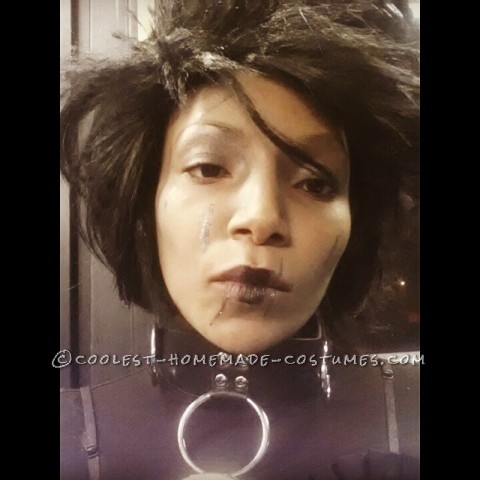