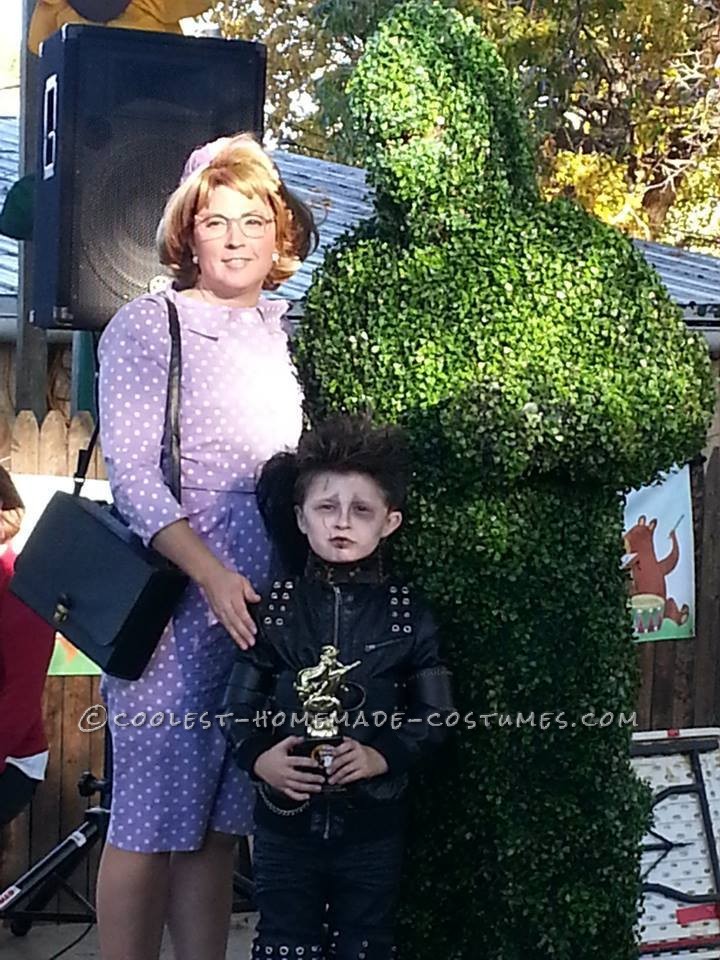 Edward Scissorhands is one of my favorite movies and I love to flex my creative muscle at Halloween.

I had been dreaming of these costumes for years but was having trouble sourcing the boxwood for the topiary. Once I found what I needed, it was just a matter of finding green coveralls for my gigantic boyfriend.

The boxwood was placed piece by piece using hot glue. Extremely tedious, but I watched a ton of Gilmore Girls episodes on Netflix while gluing, so it went quickly.

My son’s costume was easy to find components for, as we already owned most of it. He wore black jeans, a vinyl jacket and hockey knee pads. The belts were from a few local thrift stores.

The hardest part was getting leather belts to stick to the vinyl jacket. I tried every kind of glue under the sun and eventually found that silicone glue worked the best, as it remains flexible but holds strongly.

My Peg Boggs outfit was found on Etsy.  The wig was bought from a real wig store, as the first wig from the Halloween shop was too fake looking. The Avon case is a vintage Avon case purchased on ebay.

We entered a contest at our local orchard and as soon as my boyfriend walked out in that topiary costume, everyone young and old went bananas. Everyone was scrambling to get a picture with him. I thought, “What? He’s just a bush!”

So, my son posed for millions of pictures as Edward trimming the dinosaur topiary while I was pushed off to the side to nurse all of the blisters on my fingers from the hot glue gun.

In the end it was all worth it. My son won a trophy and I was officially voted coolest mom. Now to find a place to store these costumes! 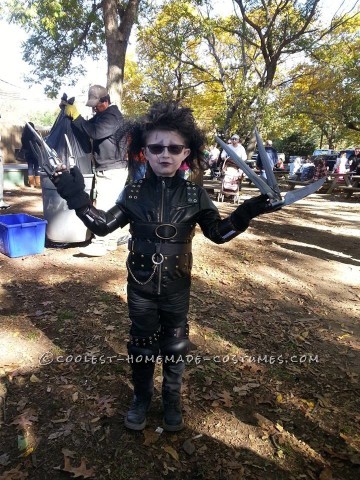 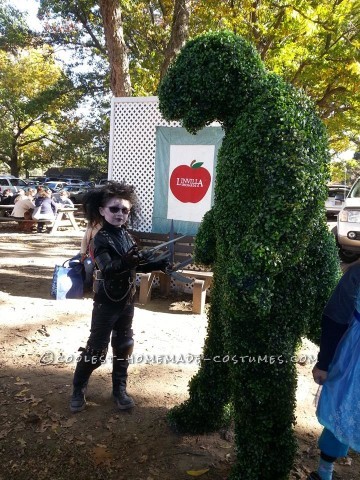 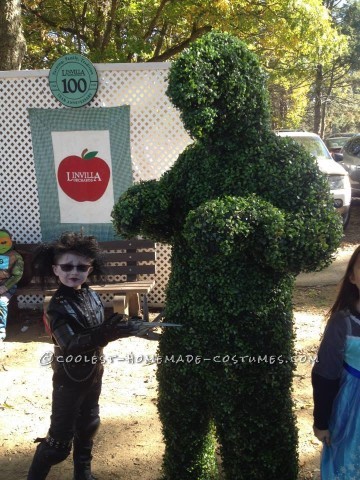 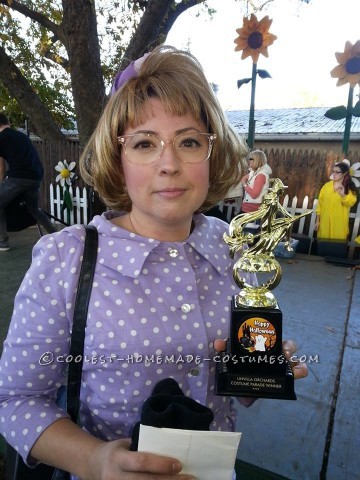 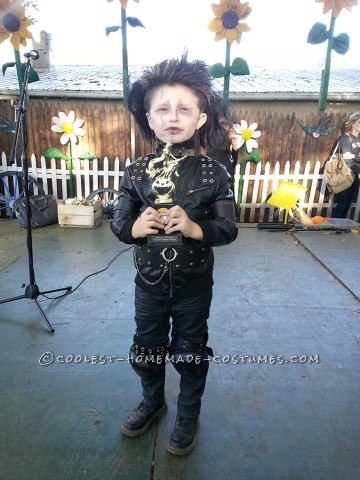