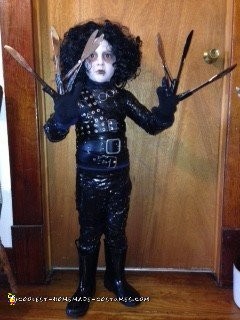 We transformed Rex into Edward Sisscorhands! The following items were used:

Rex got dressed in the turtleneck and sweatpants. I think started to duct tape his arms (I had to take the first set of duct tape off bc it was so tight he couldnt move or take anything off) the second time around I stuck my and into his sleeve to make it bigger so he had more movement. Someone else duct taped around the arms, I pulled arm out.

I put two pairs of sweatpants on him because it was cold outside. We duct taped those. I did not duct tape the shirt and pants together, I left it separated (incase a potty break was needed). After he was all duct taped, I went ahead and cut the belts to make sure they fit around his chest (3-to match Edward of course). Then the extra pieces on the belts I put over his shoulder and hot glued to the chest belt, then any other extra pieces I put around his legs and hot glued those to stay in place.

The gloves were the cheap. 97 pair at Walmart, black of course. We made the hands by taking two plastic knives and drilling a hole in them both and then attaching them together with a very small screw and bolt (cut off excess screw if long). This made a pair of “scissors”. We just duct taped the scissors on his index finger and then knives on the rest of them!

Edward made his way to Lynchburg, Ohio. He was a hit! Everyone loved him, and was taking his picture! 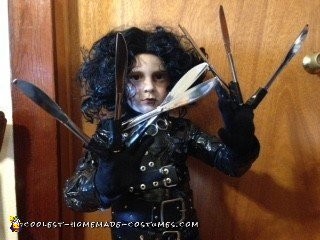 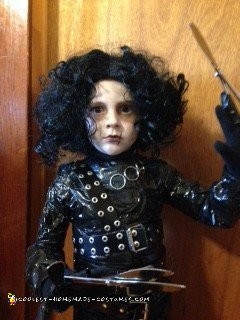 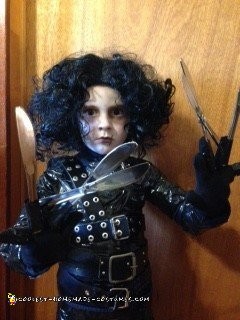 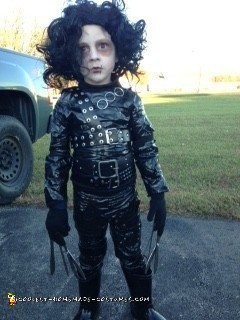 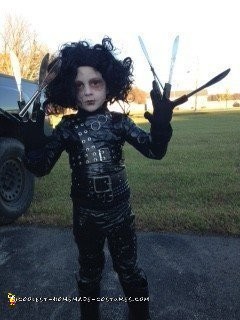