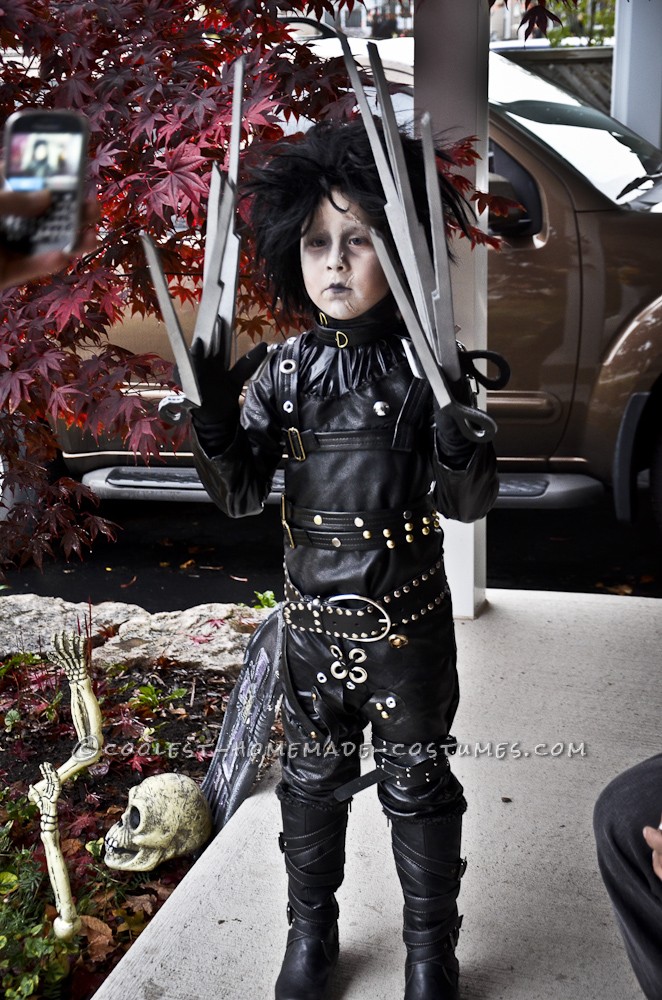 Halloween is my son’s favorite “Holiday”. At some point I should probably worry about his obsession with skeletons and graveyards, but for now we look forward with much anticipation, to the time of year in which these eerie things are a little more common place.

It was no surprise that when my son first saw Edward Scissorhands, (he’s had an affiliation to Tim Burton from a very young age), he would change his 2012 costume idea, quickly discarding his initial choice of devil. This being decided in January, I felt confident I could bring his wish to life.

I started off by combing the local Value Village. There I found an amazing leather trench coat for only 15 dollars, which was more than enough leather. Several belts, along with some more donated by a coworker. I got 2 pairs of leggings that had a vinyl look. I continued at my local fabric store. Buying grommets, assorted buttons, buckles, and pins. Then finishing off at Lowes, I grabbed some chain, a For Sale sign, crazy glue, and spray paint. Oops almost forgot Michaels for some craft foam pieces.

I printed out the best photos of Edward I could find, which proved to be rather difficult to get a picture that showed all the detail of the outfit. I eventually found a replica toy, which I used for reference. I first made the bodice using the leather panels from the trench coat. After cutting the legs off of the leggings, I used the waist portion as the neck. Turned out being like a dickie. (a.k.a. – a turtleneck). I used some leather gimp to sew the pieces together, which proved to be a big pain. Punching the holes through the leather sections required another trip to the store for a leather punch.

The arms were a combo of the leather and leggings, as were the pants. I attached the grommets as per the reference pic. Instead of using the belts I collected (they were not close enough to the actual look), I made my own belts out of gimp and used pins and grommets to replicate Edwards outfit. In hindsight I wish I would have adhered these to the bodice as they slipped down a lot. His boots were girl winter boots I found at Walmart. His wig and gloves were purchased at a Halloween store. For his scissor-hands I actually found a template online, which I used to cut up the For Sale sign. Then I put the foam pieces overtop of the sign pieces and spray-painted. Some crazy glue, and the costume was complete. As the finishing piece, I slashed his pillowcase to shreds for his candy bag. He really liked that touch.

Needless to say, the responses were pretty great. The neighbors, strangers, and friends all wanted pictures with him. One friend even began a Facebook post requesting donations to my undertaking, while another tweeted Johnny Depp a picture. My son took the costume quite seriously, method acting Edward’s nervousness, twitchy hands, and speculative facial expressions.

This was not an easy task by any means. There were a lot of hours and long nights that went into it (and potential carpal tunnel). But to see him instantly dissolve into character the minute the makeup went on, and his pride, when each door opened with homeowners praise, made all the lost sleep worth it J 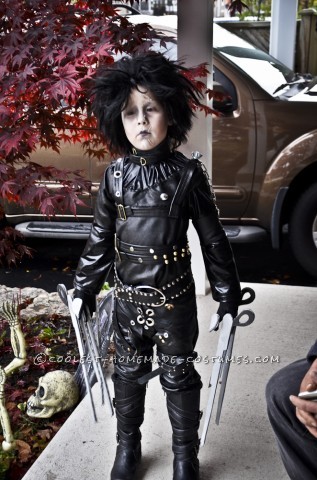 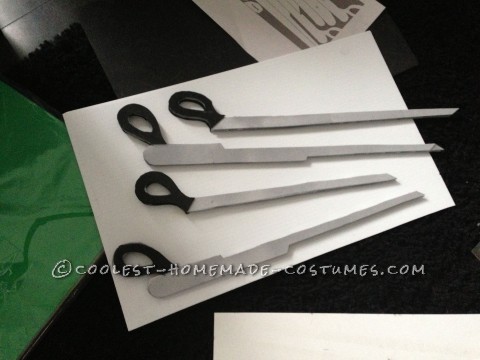 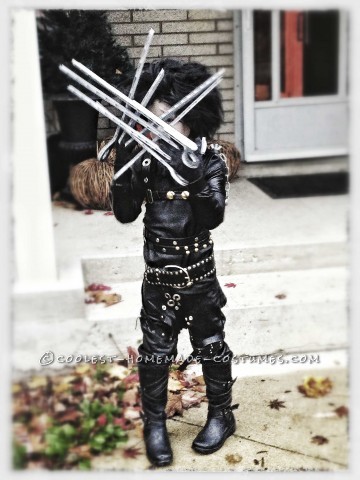 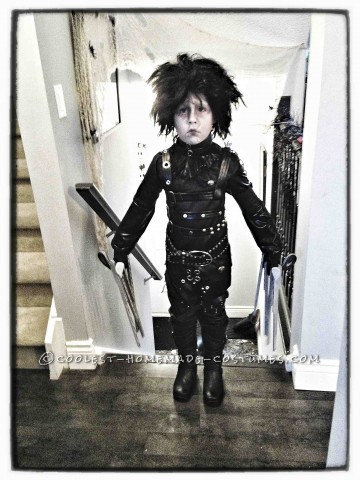 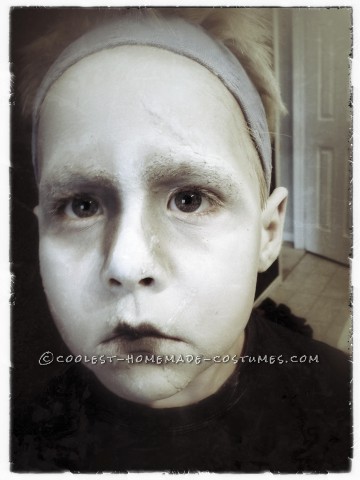 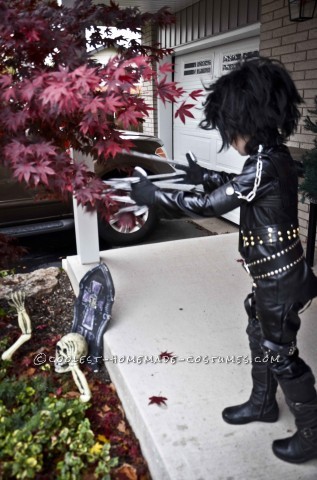