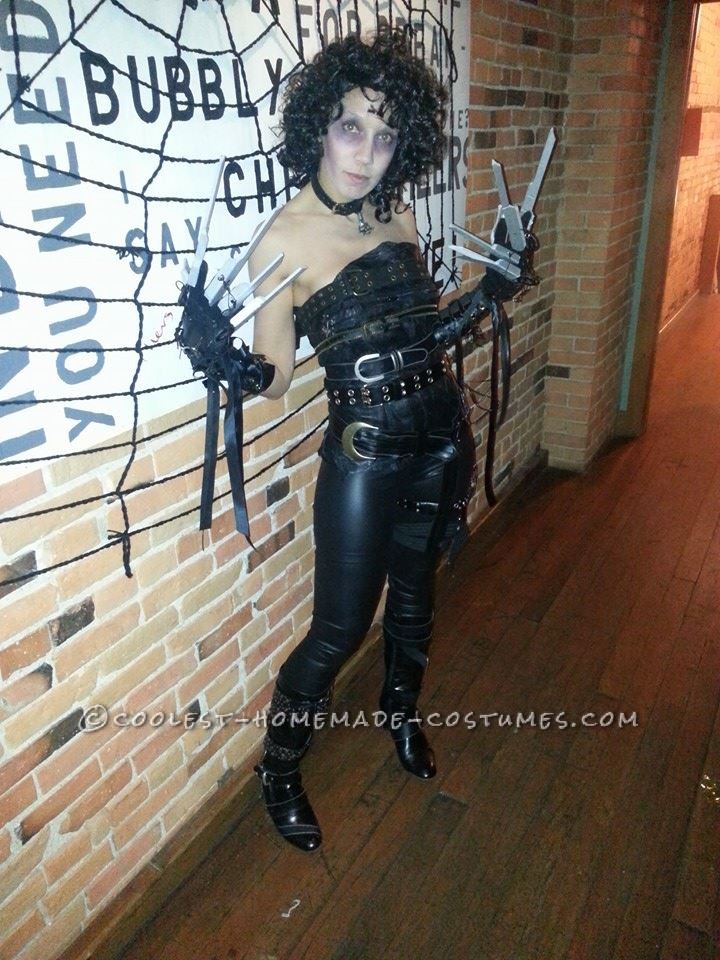 Along with most teenage girls in the early 90’s, I fell in love with Johnny Depp as Edward Scissorhands. I have always loved Halloween and the chance to dress up and be someone else even if only for one night. This year, I decided to take on the challenge of dressing as one of my childhood crushes… and create an Edwardia Scissorhands costume.  :-)

I scoured our local thrift stores for belts, buckles and leather coats and hit the jackpot when I came across an old Mens XL leather coat that appeared to be made of many pieces of leather stitched together. Score! I also bought about a dozen belts, a small women’s leather coat, some pleather from a fabric store, and a bunch of eyelets, zippers, cording, brads, D-Rings, Strapping and an eyelet hole punch and setter.

Next I began working on the main attraction, the scissorhands.

I had a blast making this costume and I was quite pleased to go out on Halloween and show off my one of a kind creation. Thank You! 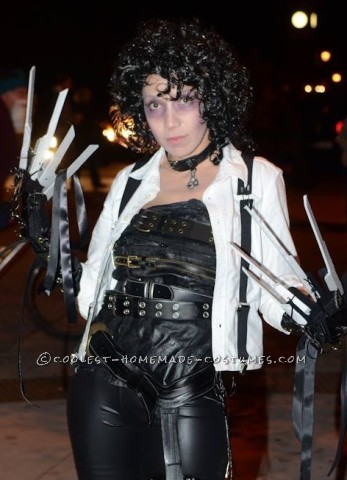 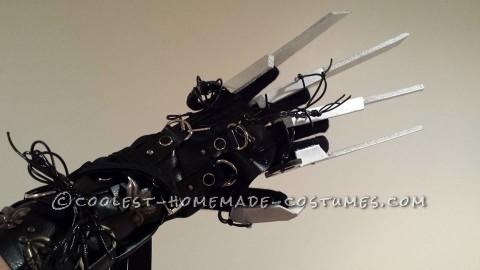 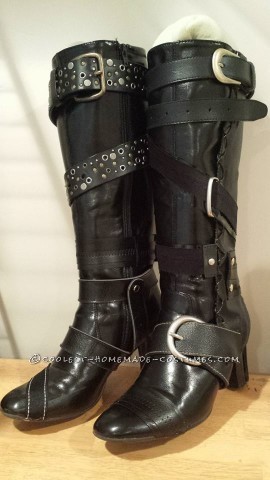 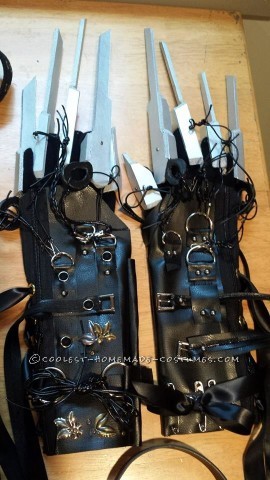 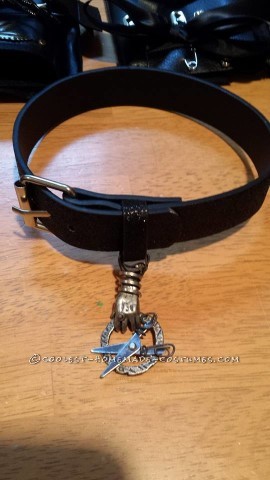 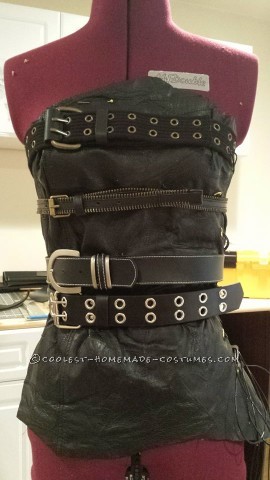 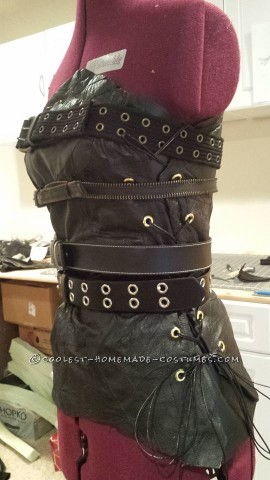 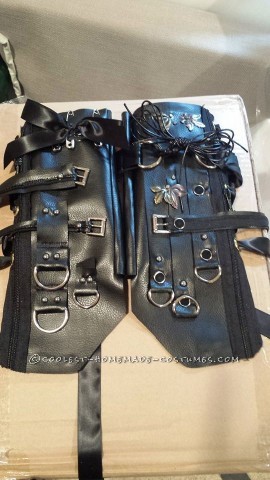