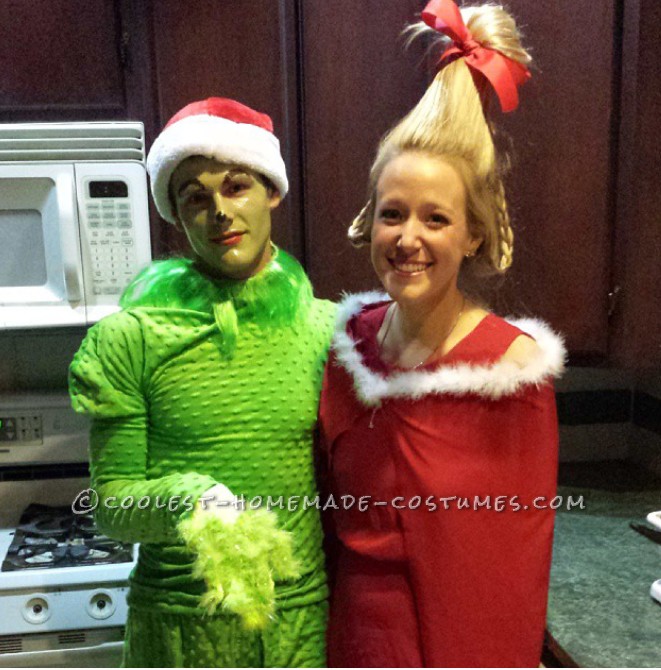 My boyfriend and I were trying to think of an idea to do for a couples costume this year. He wasn’t helping out at all, so I called him The Grinch of Halloween. And that is how we came up with being The Grinch and Cindy Lou Who. We bought green fuzzy fabric at JoAnn’s, along with green boa feathery material, green gloves, green thread, red satin material, and white boa feathery material. We went to Walmart to get ribbon, a Santa’s hat, a green wig, and face paint. I sewed the green boa to the gloves to make the Grinch’s green fuzzy fingers. I cut the wig and sewed it onto the fabric to make the neck piece. I made pants, a shirt, and shoe coverings from the fabric (hand sewed!). I sewed the white boa to the outside of my coat and saftey-pinned it around my neck. I just wore a red dress and boots under the coat. To do my hair, I got a water bottle and hair tied it around the cap, grabbed the rest and pinned it back and tied the red bow. I braided the sides and pinned them to the side of my head(so it looked like it did in the movie). Everyone was coming up to us and commenting that it was the best costume they’ve seen. Police on the streets even came and talked to us about how I did my hair. Even when my boyfriend and I were separated at parties, people knew who we were. By the end of the night, it got really annoying though, with the amount of people coming to us and yelling “The Grinch and that little girl!” I have never sewed anything in my life!! So this was a huge accomplishment for me; I’m proud of how it turned out. 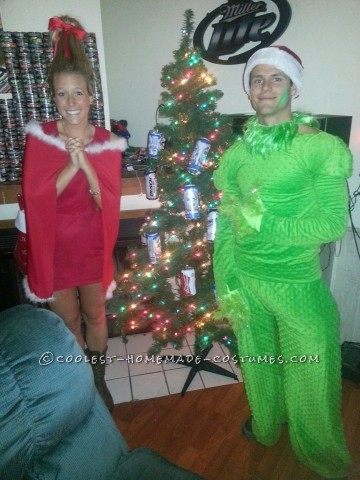 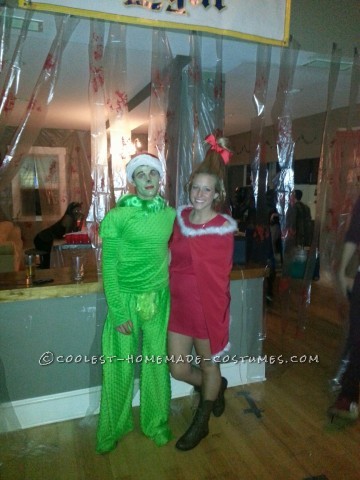 The Grinch (Teacher) Loves to Go to School

2 thoughts on “Handmade Grinch and Cindy Lou Who Couples Costume”