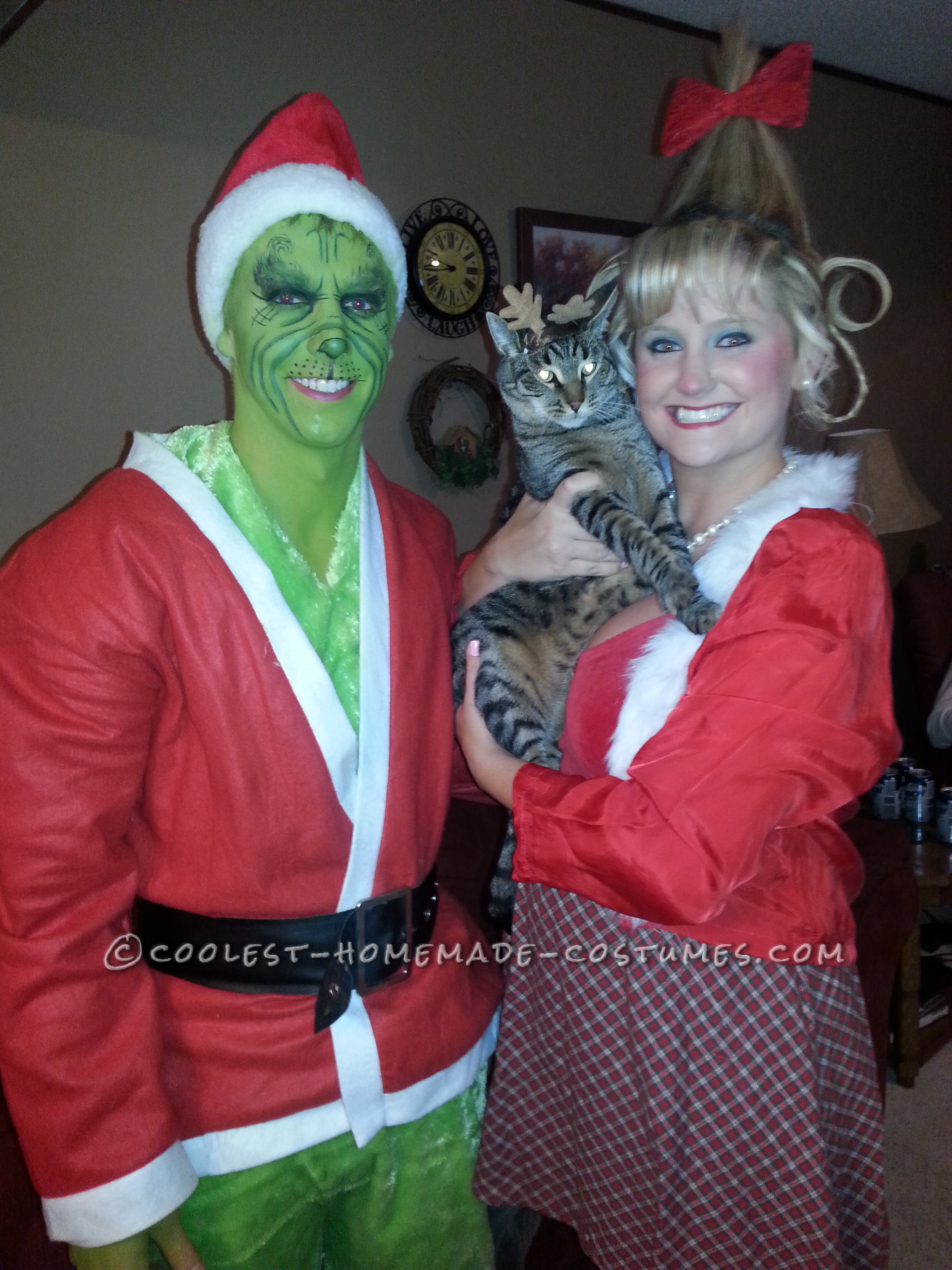 Halloween is me and my fiancé’s favorite holiday! This year, we decided to go as a couple. Luckily, Eric (my fiancé) doesn’t have any hesitations when it comes to wearing makeup! We hit up a local costume rental shop and picked out the makeup we would need to create the Grinch’s face. We bought one .5 oz yellow Mehron color cup and one .5 oz green Mehron color cup. This allowed us to mix the two colors to get a brighter green. We did one practice run through and then applied it one more time for the costume party. We used ¾ of the yellow and ½ of the green. Both of these face paints are grease based which will hold up for many hours and will not be ruined from sweating. In order to set the makeup so it is not wet, we used Ben Nye Neutral Set colorless face powder. We bought a 3 oz bottle, and used a little less than half. The base of the makeup was the mixture of the yellow and green face paint. To draw the wrinkles and lines on the face, I used just the green paint. To paint it on, I used one of my small eye shadow brushes. To contour and add depth I also added liquid black eye liner. I also used this to draw on the eyebrows. I used basic black eye shadow for his eyes. We purchased green shag fabric at JoAnn’s and sewed it onto some cheap sweat pants we bought at Goodwill. We also used some of the fabric to put under the Santa jacket so his chest was also covered. We purchased a cheap Santa jacket, hat and belt off of Amazon.com. I believe the name was “bar crawl Santa suit”. The Cindy Lou Who costume was much easier. I purchased a red and green dress from Goodwill as well as a long sleeve red button up shirt. I bought some foux fur from Walmart and sewed it along the shirt to look similar to a Santa jacket. The hair took a lot of teasing and hair spray. I was able to braid my hair up and curl the ends. I also used a large barrel curling iron to curl my bangs. For the makeup I just used A LOT of blush and mascara. I also placed a little bit of the blush on the tip of my nose. We were very happy with how both of our costumes turned out. To replicate the Grinch, it was a little time consuming and probably took about an hour to apply and set the makeup. 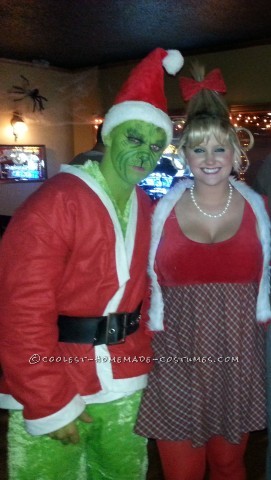 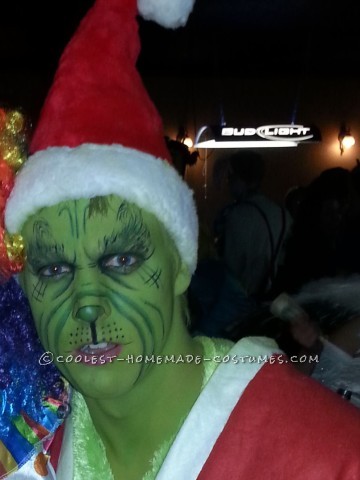 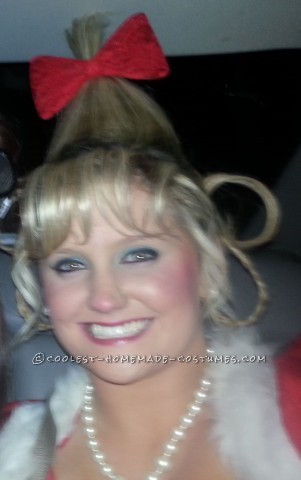