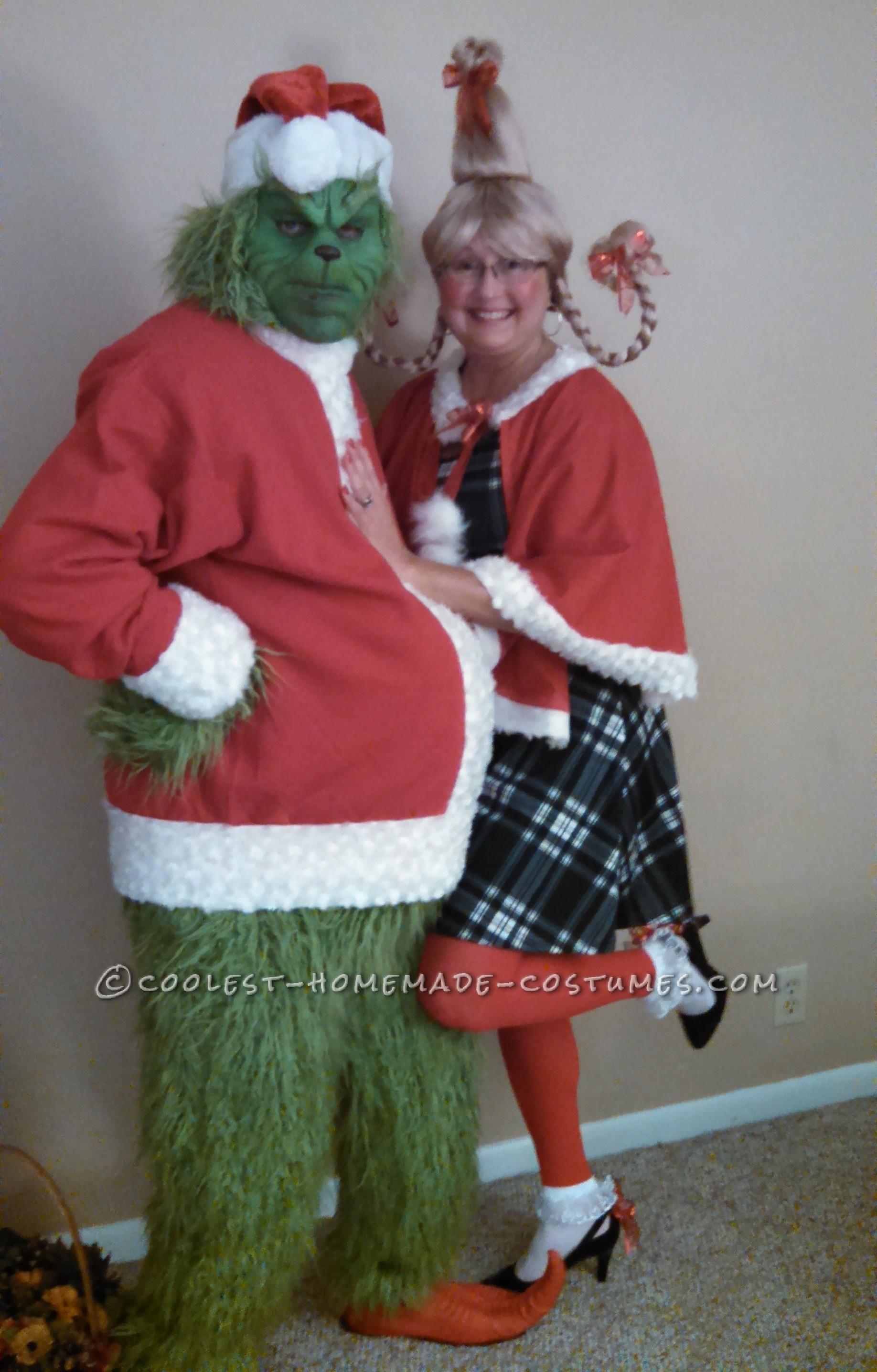 EVERYONE wanted their pictures taken with us this Halloween! My husband is notorious for being the original “Grinch”! Every Christmas he wears his red Grinch shirt and his green Grinch hat, complete with tassels. It was an obvious choice for us to be the Grinch and Cindy Lou Who this year! Everywhere we went, my Grinch would strut his stuff, parading around the room and captivating his audience with his devious Grinch-like behavior! His voice was a perfect match to the Grinch as well!

And there I was, Cindy Lou Who!

I work in the Mortgage department of a bank, and some of us dressed in our costumes for work on Halloween. I love to sew, and I wish I had more time to do it. Being born with just a left hand, I’m so grateful to my parents who encouraged me when I was younger. I really had fun making these costumes and our Halloween weekend was a blast!

We actually won first place at our local Eagles club where there were over a hundred costumes in competition! We even had someone ask us to come to their home on December 21st as the Grinch and Cindy Lou Who.

My husband played the part of the Grinch perfectly. I don’t think we even had that many pictures of us taken the day we got married! He plans on dressing as the Grinch once again on Christmas day by riding his Harley through the streets of Warren spreading his Christmas bah-humbug! 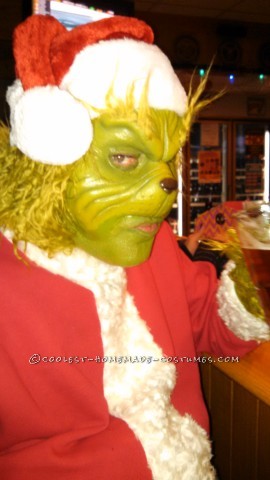 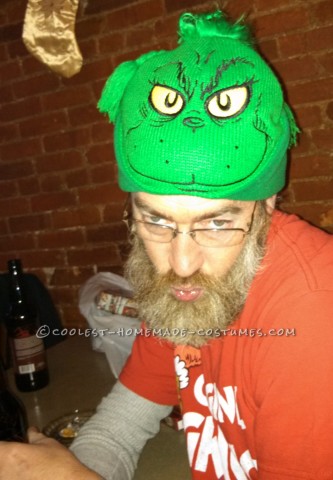 2 thoughts on “Heartwarming Grinch and Cindy Lou Who Costumes”