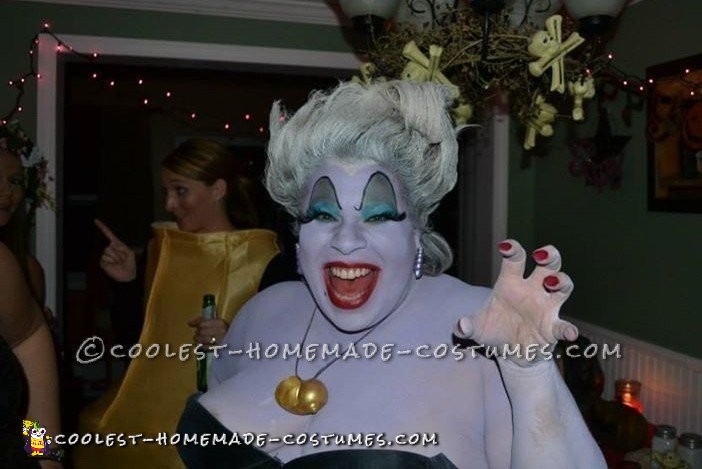 I kind of backed myself into a corner with this costume, since I will forever have trouble topping it! Being a heavy gal, when I watched The Little Mermaid (one of my favorites) with my kids (one 8 year old, and 6 year old triplets) when they were younger, they would identify me with Ursula, since we share a similar – okay, the same body shape. Good because it kept her from being too scary for them, but bad for me because, well, let’s face it: it was a kick to the already delicate fat-girl-ego.

Ursula has always been a costume contender, but I had no idea how difficult it would be to put together, so I kept putting her off. Last year I had extra time on my hands since my triplets had just started school, and I thought it might be the perfect time to tackle her. And I knew I could nail it if I followed through.

I started Googling images of Ursula and how others had been her before and even on a budget (about $100) I gave it my all. I started at the fabric store, and as I was getting my fabric cut the girl behind the counter asked what I was making. “I’m going to be Ursula for Halloween.” “Oh,” she said, “another one?” Huh? That was weird. I really didn’t think Ursula was a popular costume choice. I almost quit right there. I didn’t want to be what everyone else was being! I was committed though, so I went ahead with it. I researched products and color palates tirelessly. I bought all the sea shells, the lavender body paint, and the spray hair color all online. I painted the earrings and necklace myself with acrylic craft paints, drilling holes and adding hot glue as needed. I sewed the tentacle skirt myself, making sure there were six around so my legs would make eight, and even added floral wire to shape them while I was stuffing them, but it wasn’t strong enough to make a real difference (bummer). Keep in mind that this was my first time using a sewing machine. Thanks for the help, Mom. I even found an old corset I had and took the “fancy” ribbons out of it so it would be plain black. It was hard to keep my boobs in without the straps on, but I was going for authenticity so the straps had to go. For the record, they DID stay in, thanks to some body tape.

Once it was time to put it all on, I spent all day getting ready. I started with my hair. I moused and dried and sprayed and teased and sprayed and shaped and sprayed. Then I applied the spray paint to make it white and gray. After that, I got busy applying the purple body paint, which I’d never done before, and that took like five hours. It was ridiculous and I won’t ever do it again. LOL! The sponge they provided was garbage so I used a makeup brush to try to paint it on, but as I went it was drying and pulling back up when I’d try to get heavier coverage. (It was also my biggest disappointment of the costume, as it rubbed off all over the black body pieces and made them look messy, even though I’d bought some make-up blocker stuff.) After that I went to town on my face makeup, making sure to pay attention to the little details. At one point when I was doing my makeup, my son came in to see me. From behind me, he said, “Hi Momma.” When I turned around to say hi, he ran the other way! LOL! I’d scared him! I felt a little bad, but at the same time I was really psyched because I knew I got it right. I wanted to head to Toys R Us and scare all the other kids. LOL! 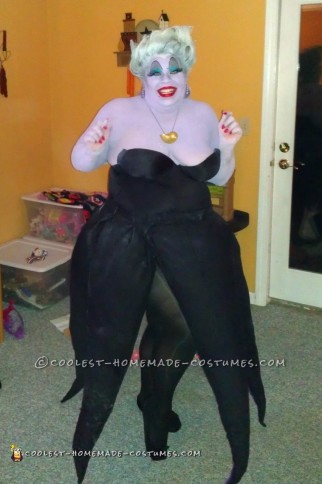 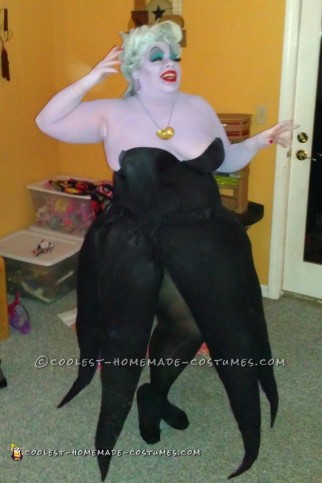 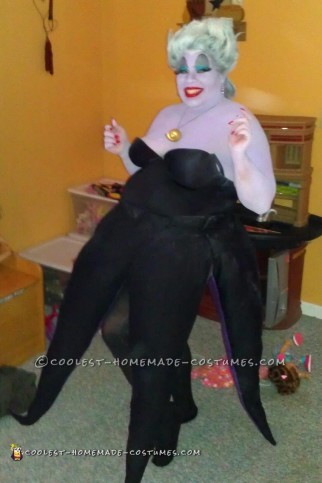 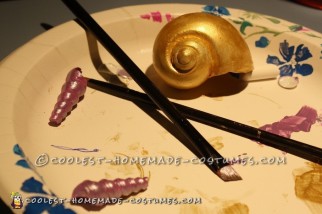 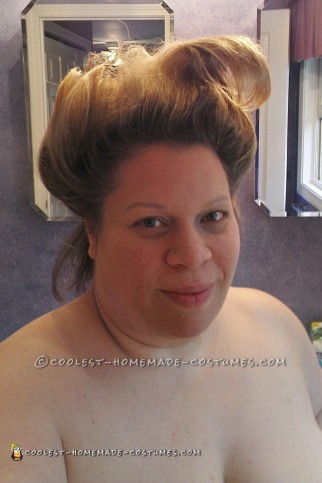 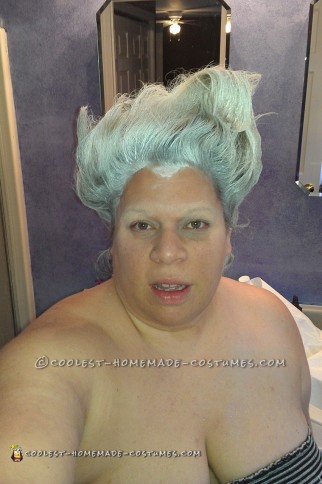 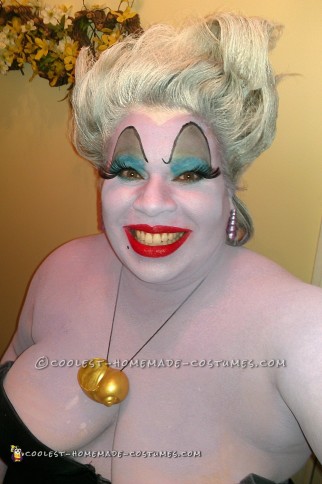 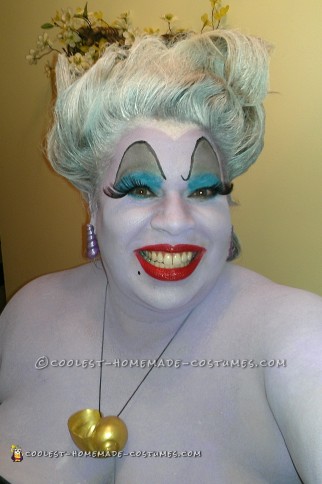 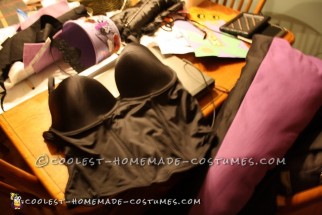