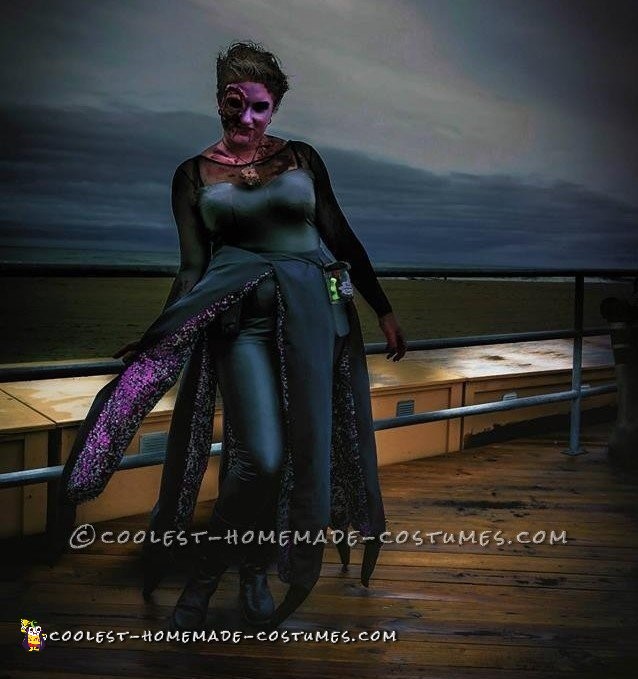 Planning this Ursula costume was extremely last minute but when you look at it, it looks like it took a lot of time. I made the costume in 24 hours. Trying to think of how to do the tentacles, I looked through the books at JoAnn Fabric and found the Simplicity 4043 pattern for mermaid tails. Although I was not going to me Ariel, I decided to buy the pattern and downsize the pattern to make the tentacles in the same way. Black Fabric and a glittery sequin fabric made up the tentacles and then I filled each with a heavy crinoline fabric. I found a pleather onesie at a small store in Philly that was probably for clubbing. Had pockets and mesh and was full length and actually pretty comfy. I wore my Harley Davidson biker boots to finish off the basics of the look.

As for the details, I HAD to add some touches. I found a mason jar and some clay and created some “unfortunate souls”. I baked them to make them hard and they are adorable. I labeled the jar and slung it around my waist. I also added a small pouch as a makeshift purse so I wouldn’t have to carry anything that would ruin the look of the costume. I also found a great shell at AC Moore and made a necklace out of it.

The next thing was the hair and makeup. This took some work and a lot of testing on how it would turn out. I used a surfer hair wax on my hair and put some bobby pins in to train it. One it dried and was hard, I sprayed my hair with white hairspray. As for makeup, I had to find the perfect purple and found one at Ulta. Essence in “Disco Diva” worked really well. I used a black liner for my eyebrows and birthmark and a blue eyeshadow on my lid.
I found a prosthetic eye piece at Spirits Halloween but the eye hole was not cut out. I cut it out but it was too open so I used some of the crinoline and folded it into a square. I attached it with spirit gum and then attached it ot my face with the same. I took used dryer sheets and pulled it apart and then attached it to my skin with the liquid latex. I added some more latex around the edged and filled in with the purple. I dusted my entire visible body with the purple. I then added fake blood.

This costume turned out so amazing for the amount of time it took. Really proud of the costume. 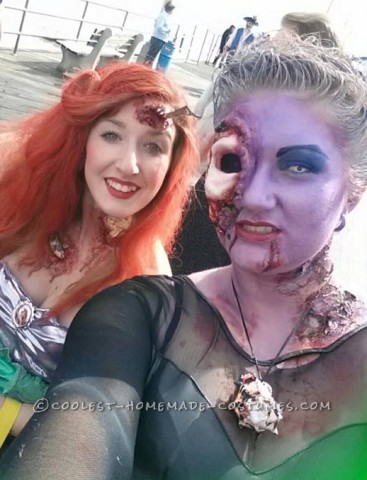 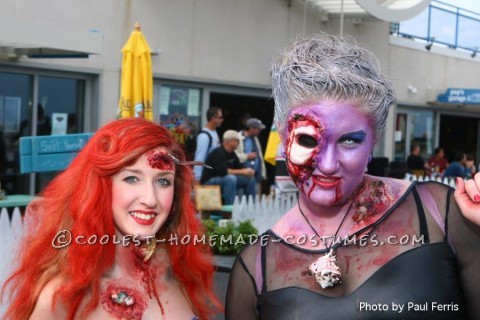 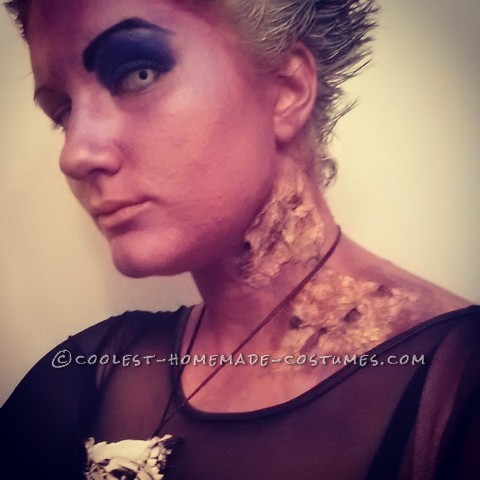 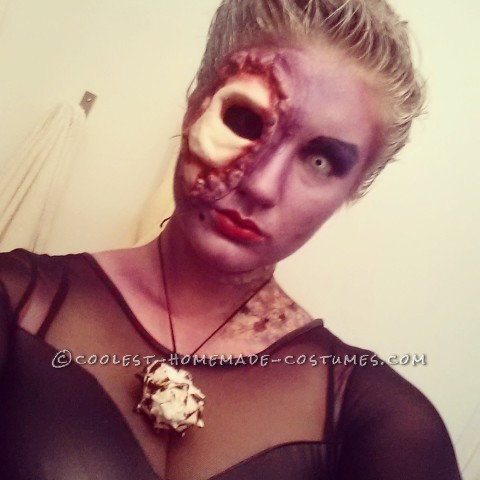 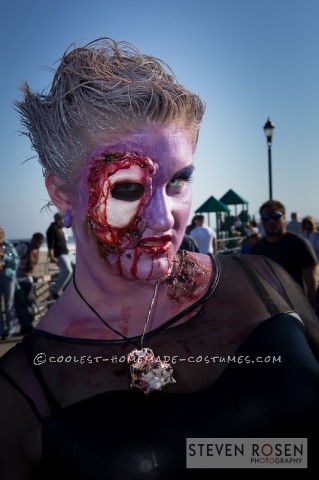 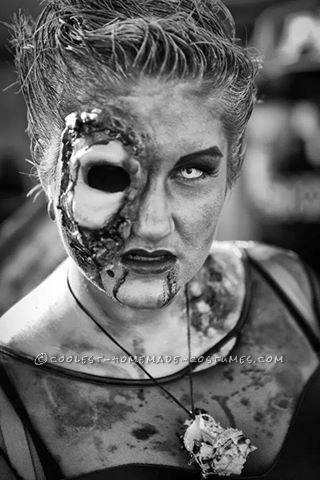 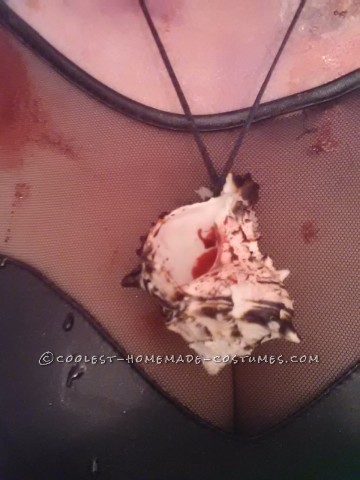 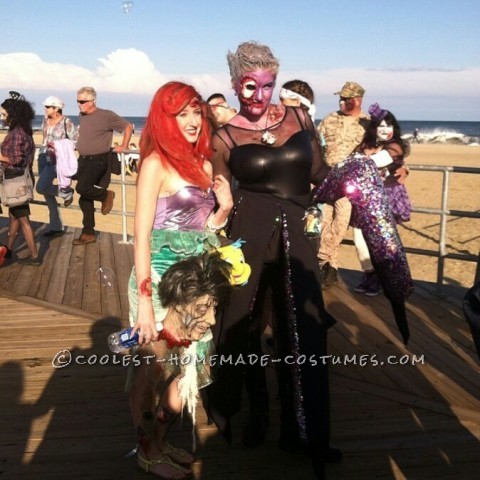 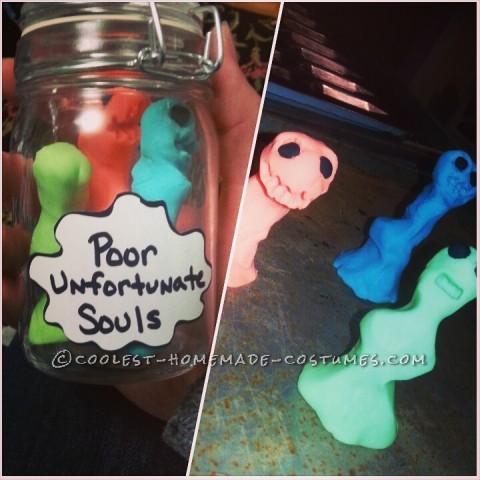