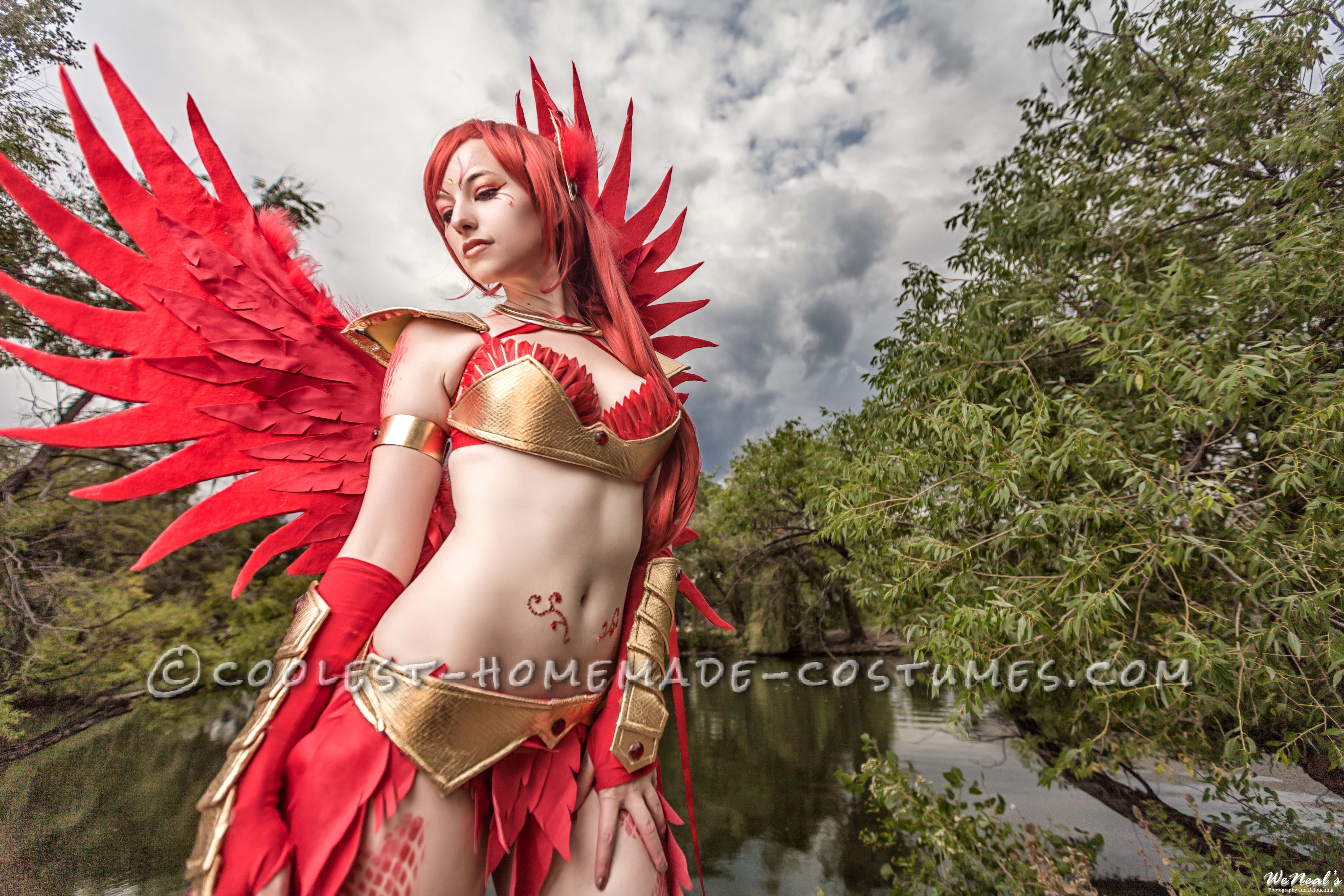 This is how I made my Phoenix costume. Skirt: To create this costume I started by cutting fabric feathers in two sizes, medium and large. Once they were all finished, I layered them and sewed them to an elastic band for the skirt.

Next for the top I ordered several hundred red craft feathers that I glued down to a base bra. I used metallic acrylic paint to add some accents to them.  Later I added armor accents.

For the arms and legs I sewed the guantlets and leggings out of stretch cotton. Later I added armor accents.

Next I focused on the leather armor. I cut the peices out of craft foam and then sewed metallic scaled fabric over it. I used a heat gun to form the armor so that it would curve and sit nicely (You have to be careful not to burn the fabric, it could potentially be done before you sew down the fabric as long as you are careful not to smash or reshape when you sew over it.) The armor was either pin point sewn or glued into place depending on location.

Lastly came the wings, they were the most time consuming part. I used some 1/4 inch pvc pipe that you can purchase at home depot and bent it into the right shape using a heat gun. Then I cut the shape of the wings out of some heavy interfacing and sandwiched the pvc pipe between it using hot glue to affix them. Then I cut the same shape out of red felt and layered that over the interfacing. Lastly I added a few layers of fabric feathers and a feather boa to add fluff to the very top of them. I attached the wings with a ribbon harness. 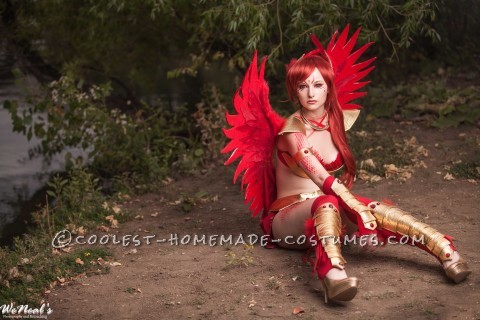 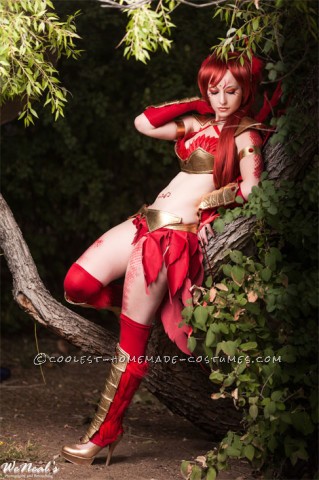