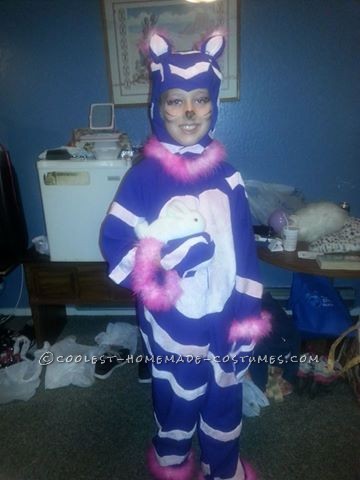 My family participates in All Hallows Fantasy Faire every year as the court of the Dark Fairy Queen (who I portray).  This year my daughter wanted a Cheshire Cat costume, as we had planned on a Mad Hatter’s Tea Party for the children at the event.  So, I began to search for striped fabric to make the costume, but I couldn’t find any I liked.

So I created my own. I took some pink low pile fur and cut it in zigzagged stripes. Next, I took some purple fabric, and cut out the pattern. I then sewed each “stripe” randomly all over the pieces.  The final step was the hot pink marabu feather boa that sewed at the ears, arms, and legs. I love the way it turned out!  The furry stripes and feather boa gave a texture to the costume, making it pop!

Cheshire was in evidence, causing mischief and getting into all sorts of trouble all weekend! A definite photo favorite of the fantasy faire! 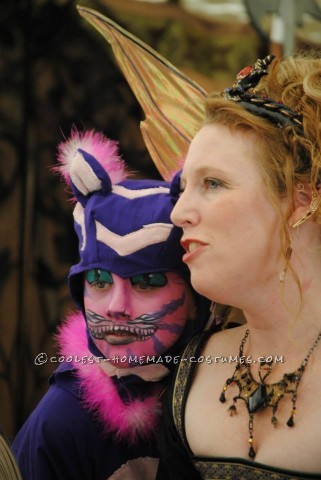 The Most Loveable Cheshire Cat Costume Ever