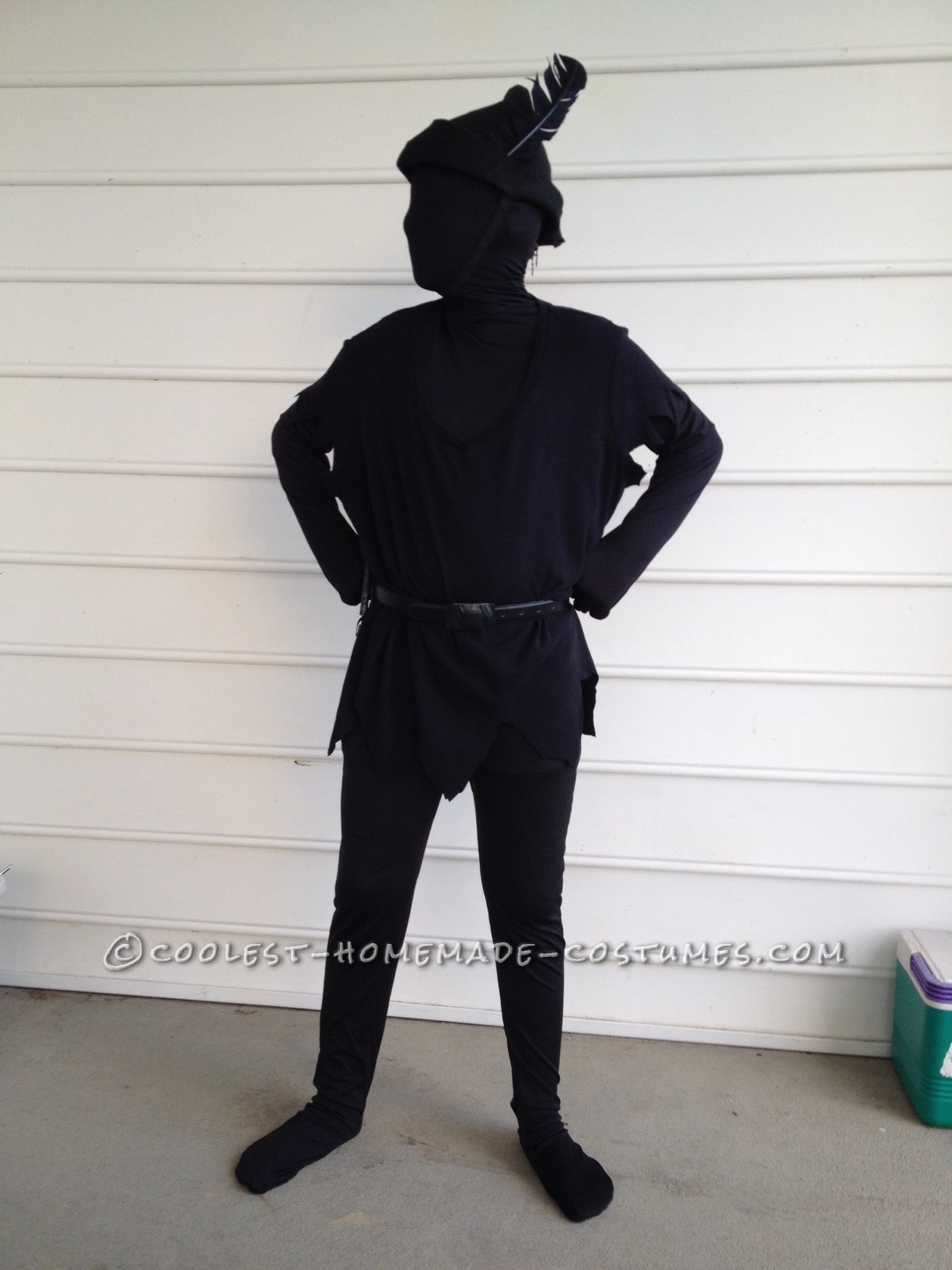 Here is my 9 year old son dressed up as the spectacularly awesome Shadow of Peter Pan. Full disclosure- this costume is only semi-homemade since it does include a morph suit, but nonetheless it was still an original idea and if I may say so, totally kick-ass!  He had been asking for a morph suit since last year so I had to think of a way to transform it (otherwise it would be just creepy and weird).

He loves Peter Pan and the TV show Once Upon a Time, and this year Peter Pan and his Shadow play a big part- so that is where my idea sprung up. It was pretty easy from there- a black morph suit to start. I took one of my old black t-shirts and cut triangles out for the sleeves and around the bottom, cinched it with a black belt and taped black electrical tape around the buckle to hide the silver part. I made a black hat from felt and stuck a black feather in it. I bought a cheap plastic dagger from the Dollar store and painted it black as the final touch.

It was a HUGE hit at our school’s Halloween party- he won first place in the costume contest for his age. There was even a Peter Pan there and we took the awesome photo below of Peter and his Shadow! 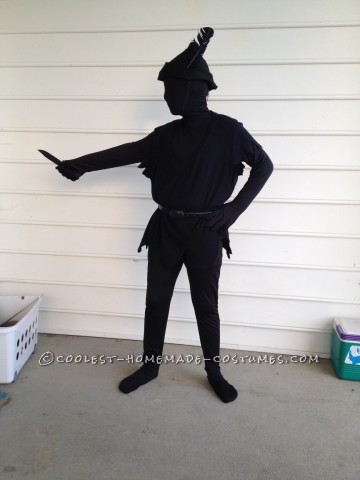 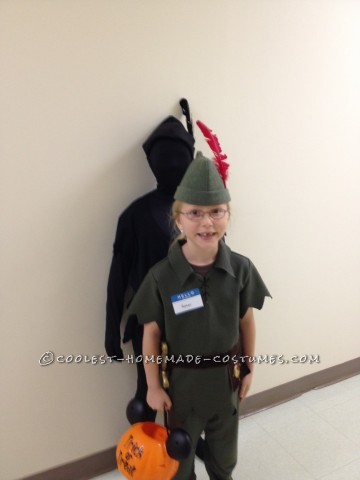