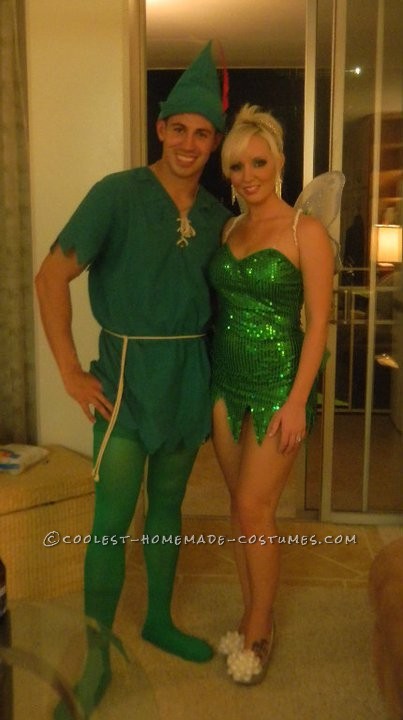 This Peter Pan and Tinkerbell Couple Halloween costume was very easy and last minute. For Peter Pan, the hat and the shirt was bought online for only $25. The green tights we bought at a Halloween store, and the brown shoes he already had!

For Tinkerbell, I wanted to be as glittzy as possible because she’s a fairy! I bought a sequin short green dress online. It originally had mesh wrapped all the way around it, and the edges were jagged, but I could them some for even more effect. In addition to that, I cut off all the mesh that went around the dress, which was a bit difficult because it was attached in numerous places. I did this so that the dress would look as close to the original Tinkerbell dress as much as possible.

After the dress was complete, I already had a pair of silver glittery heels that I used, and I bought two white gift ribbons (the ones that just stick the the gift) and stuck them on my shoes for the “puff balls.” For the wings I purchased a small child’s wings for only $5 at a Halloween store. I choose the small ones because I knew they would be a lot easier to pack around than some of those huge wings they have for adults. I did some really glam makeup, put my hair up in a very high bun on top of my head, and together we were Tinkerbell and Peter Pan!

We had tons of reactions with this costume, and many people actually had us take pictures with them. It was a fun and easy costume!! 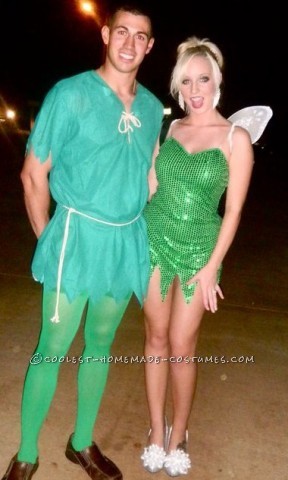 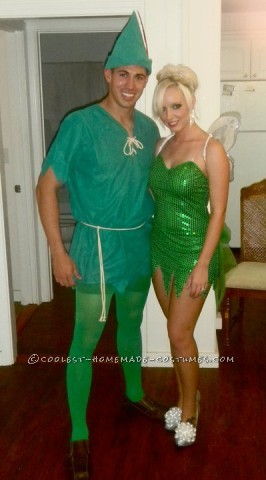