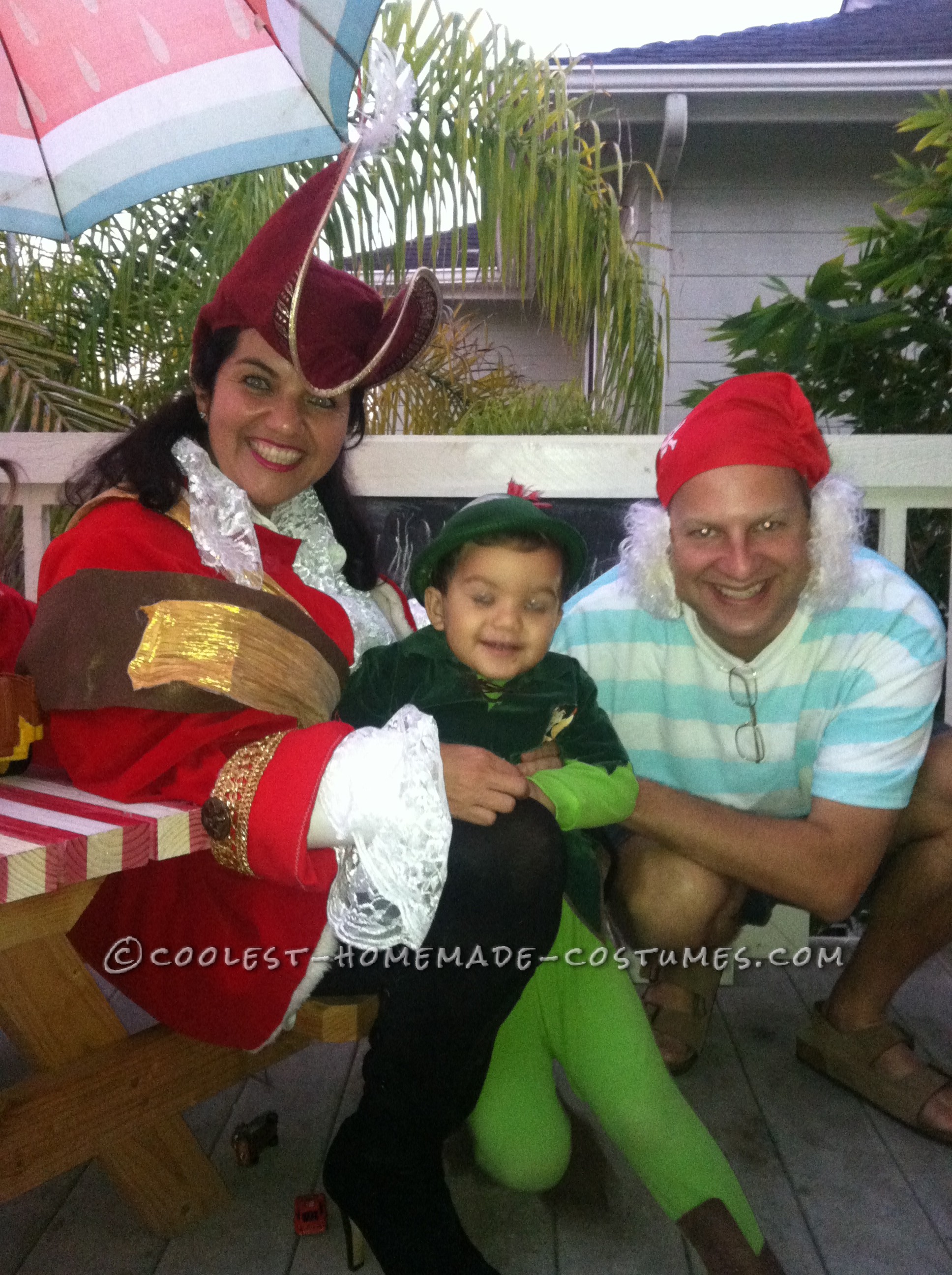 Homemade costumes ahoy! We started by trying to decide who will make which costume and ultimately, my husband made his (Mr. Smee) and my 2.5 year olds too..Peter Pan…

To make Mr. Smee- Spraypaint blue stripes on white tshirt, use red doll pirate cap< use blue shorts and his own birkenstock sandals…we then robbed Santa Suit costume for white whiskers and hair….

To make Peter Pan we altered his Green footie pajamas by hot gluing on brown felt to make them look like boots..then we used Peter pan hat we had from our trip to disneyland, we then attached a green felt smock to the pajamas.

To make Captain Hook: We used our Santa suit and just hid all the white cuffs by slip stiching it just enough to hide itself.. we then added buttons and trim on the cuffs …we hot glued eerything…no sewing…lastly, we did alter my husbands white collared shirt, with hot gluing on lace trim to the front and all the cuffs…then I wore with my leggings and my boots. I also used my son’t play hat for my hat too. made a sash out of leftover trim of fabric. 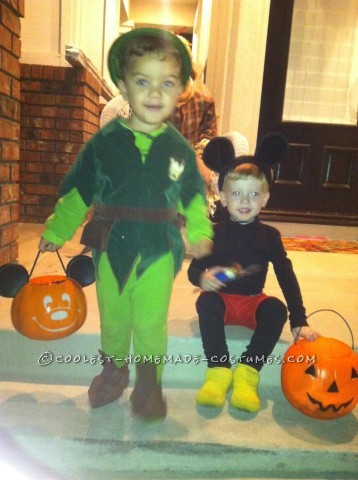 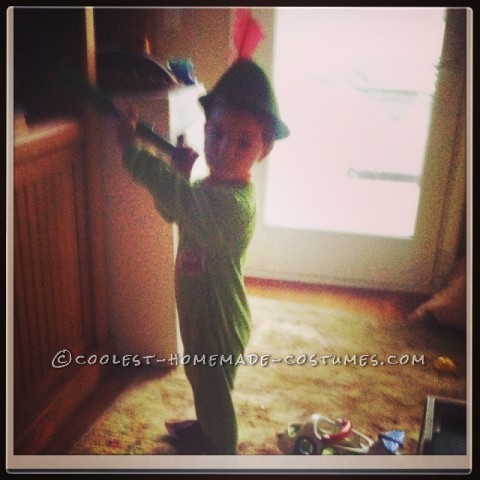 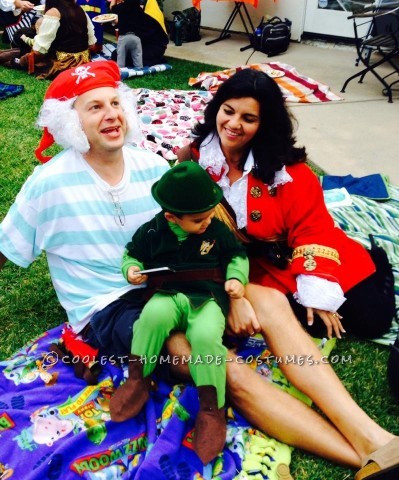 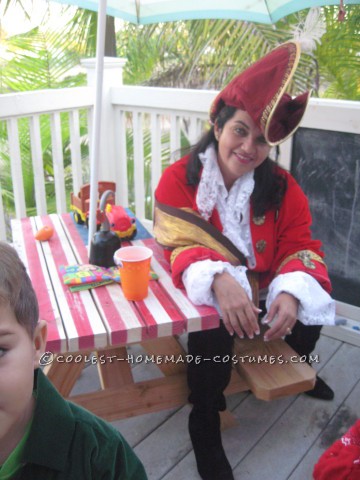