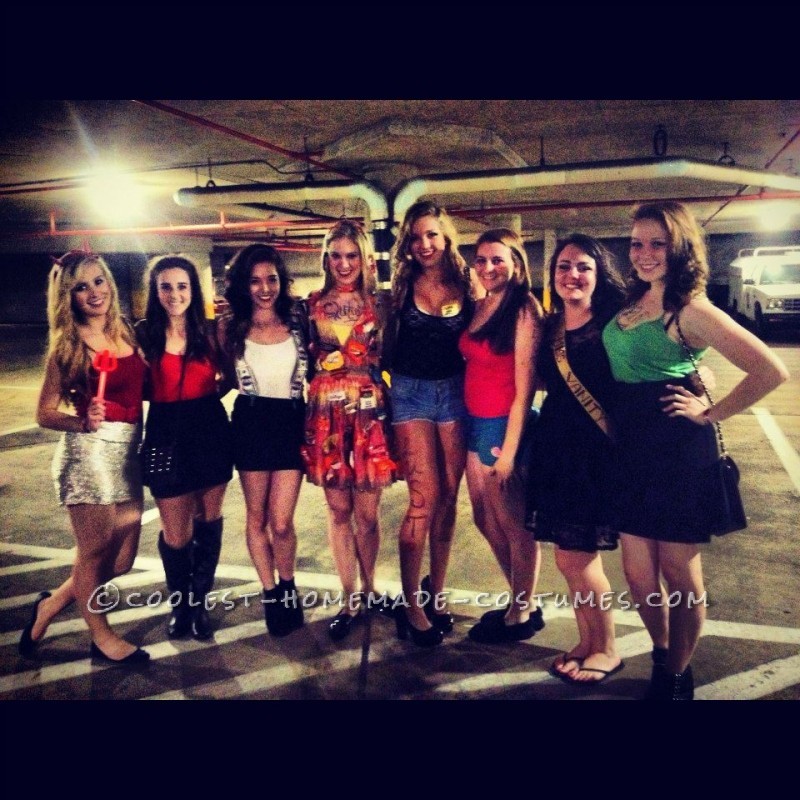 Our group had come up with this idea weeks before Halloween, and it looked as though we wouldn’t be able to pull it off because we put it off for so long! At the last minute we all pulled our costumes together and it looked great! We each dressed in a way that we thought would show our sin, and then we wrote our sin on us in eyeliner. This is a great costume for groups that have girls who don’t want to show as much skin as others because all of the costumes are different!

We had the devil, of course, and she wore a red tank top and a gold dress. She made her own horns and had a glowing pitchfork.

Wrath wore a red tank top and a black mini skirt and combat boots. Made her hair all messy and had very heavy make-up.

Vanity was a pageant queen and wore a sash and a dress and curled her hair.

Greed made suspenders out of fake money she had printed in a smaller size than real money. She also made a hair bow out of this money.

Gluttony taped about a hundred candy wrappers to her dress and hair, and made a necklace out of the wrappers as well.

I was Envy and I wore a green tank top and a black pencil skirt, and I tried to look like that annoying girl at work who is always jealous of you.

Lust wore a see-through shirt with a red bra and tiny shorts, as well as crazy high heels. She even stuffed a Sondom in her bra!

Altogether this night was amazing. We had so much fun and I know that it was because of our costumes! 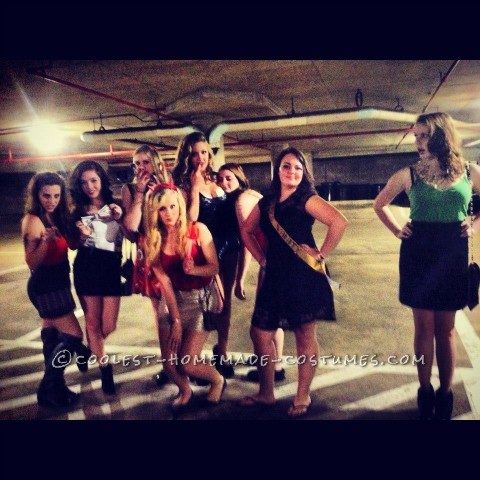 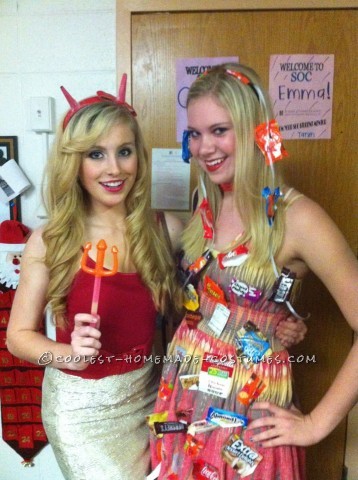 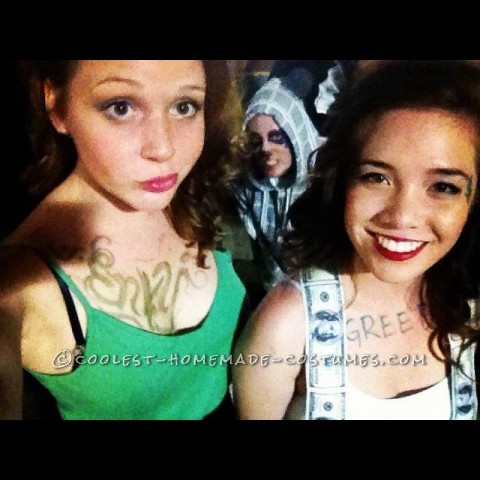 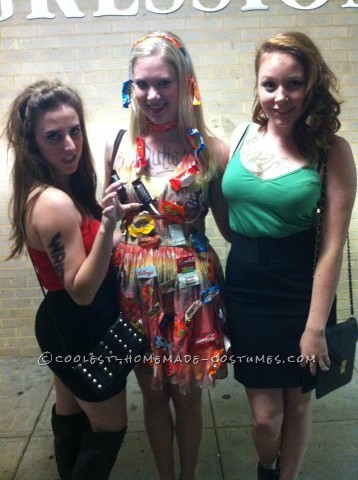 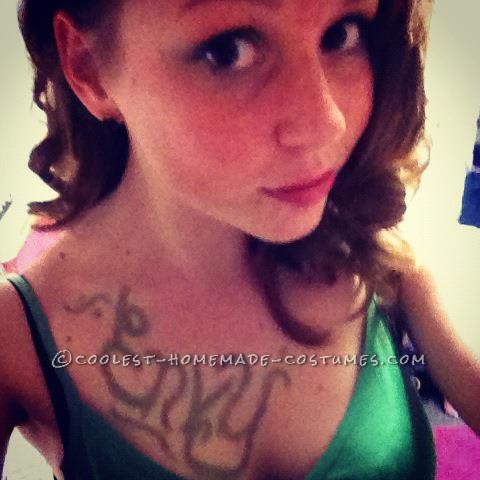