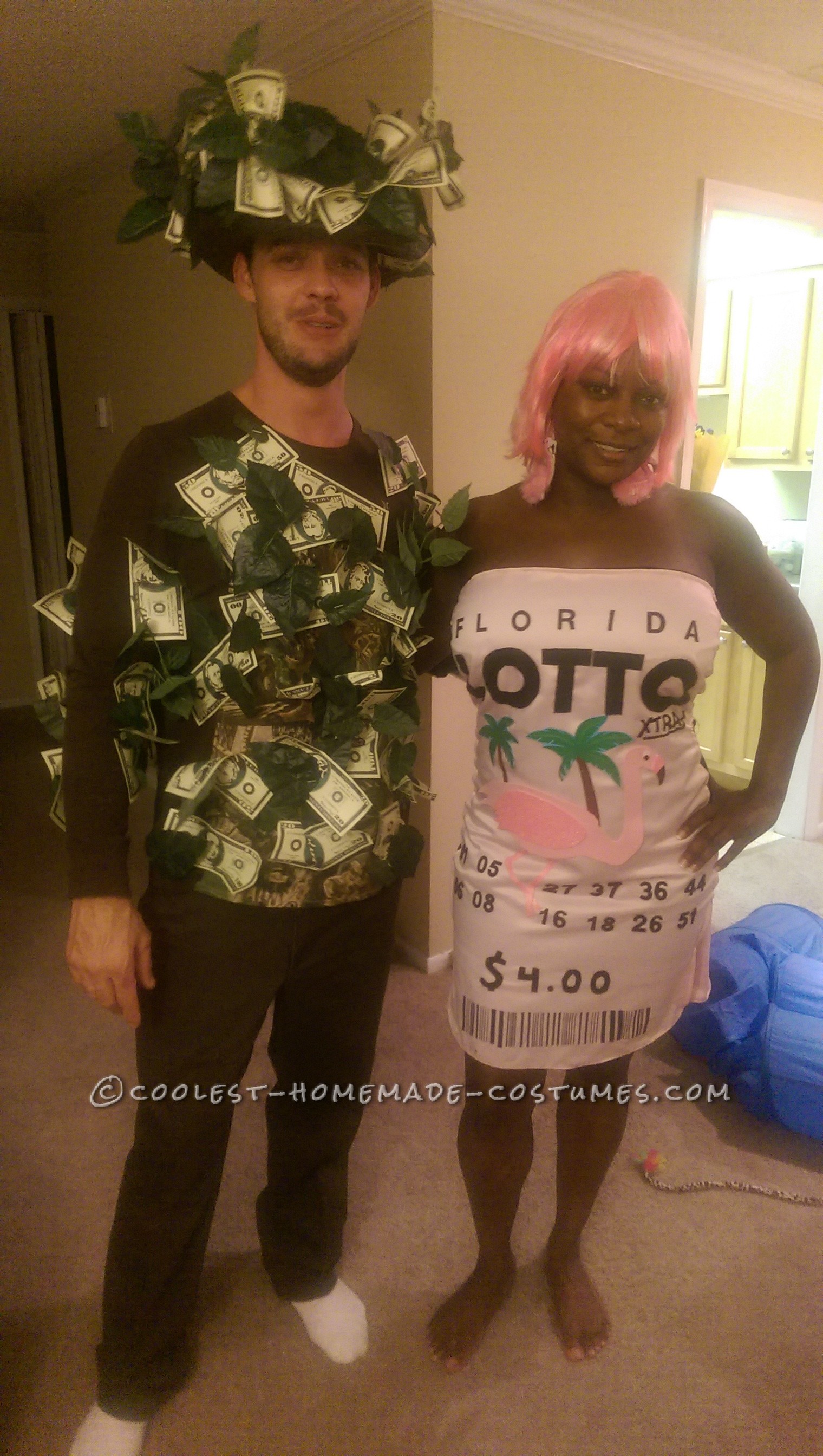 My partner searched around many places; thrift stores, party stores and through old clothes. With a few dollars and a good idea we were able to win at the 2014 nova-ween celebration. A lot of cutting and sewing hot glue,and some realistic fake money. We were pressed for time and always busy but all the extra time we had we spent working on the costumes. At first we were thinking about a scratch off ticket and a quarter but then she came up with a better idea. And lucky for me she decided on a money tree instead of a flamingo!

As you can see here, the costume has a lot of detail including the extra down to the bar code, color and play responsibly on the back of the ticket. Nicest ticket I’ve ever seen if I might add. Everyone noticed everywhere we went the entire night and also picked plenty of money off my back. While the money tree was neat, the lottery ticket costume is very unique. I’ve never seen anything like it! It’s truly original and stood out from the crowd and every other costume we had seen that night.

It was so much fun. We tried to find another outing the next night with no luck so we have decided to do the same thing next year, maybe in a different location. We figured why not with the effort that went into making the costumes, and well money seems to be always in style. So we couldn’t help but wonder if someone decided to play the numbers on that TICKET we did. So all it took was an idea, about a week’s time and some attention to detail and we were really noticed on Halloween night all through the town. As I mentioned we won at the nova-ween costume contest located in St.Petersburg Florida, we won best couple. 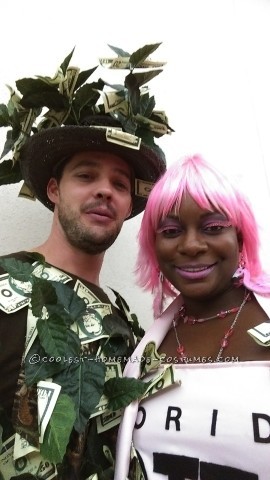 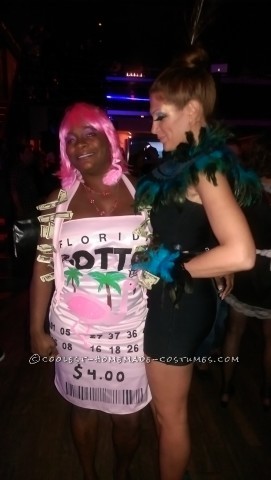 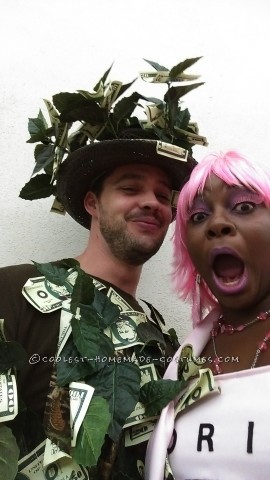 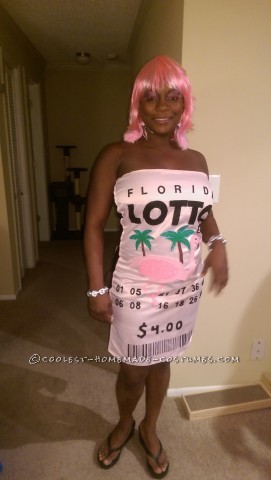 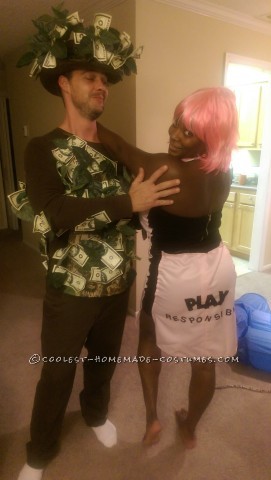