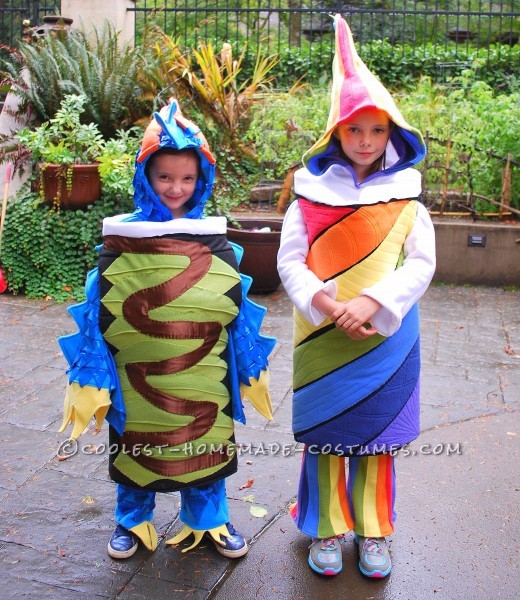 This year my girls wanted to be something fun and original for Halloween… again.  Every year my girls come up with bigger, better and more original (i.e. complicated) ideas. I don’t know if I am going to be able to keep up with their ingenuity in the years to come.  My youngest wanted to be a blue dragon, so we added that to the costume theme list.  My oldest loves sushi…so we had the themes of sushi and dragon, hmmmm??…This is where the Dragon Roll and Rainbow Roll were born.

I started with a basic fleece pants and sweatshirt pattern and gave them each their own flair.

For the dragon I added shiny scales all over.  I cut out scale-shaped shiny fabric pieces, same as the wing fabric, and stitched them on before sewing the pants, shirt and tail pieces together.  Before sewing the hood, arm and tail pieces together I added some spikes.  I then had to figure out how to include wings that attach both under the arm and on the side.  With a lot of twisting, turning, cursing, scouring the internet and trial and error I finally figured it out.

First, I made the wings.  Draw the desired shape, cut out 2 pieces of that shape, sew them together and turn right side out.  Next, sandwich the top wing edge between the seam allowances of the shirt from the wrist to armpit (the rest of the wing will be bunched up inside the sleeve).  Pin together and sew up to the armpit.  Do the same with the side edge of the wing and sweatshirt.  Repeat on other arm. Turn right side out.  Once it was all sewn together I made some horns for the head and claws for the hands and feet.

The rainbow was a little more “conceptual.”  I made the bottom half of the pants and the hood in rainbow colors and left the rest white (as in rice).  I used the hood and pants patterns to create rainbow pieces of fabric that were in the shape I needed.

Next, I had to actually make them into sushi.  I took a piece of 1” thick foam and covered it on both sides with black felt- with a bit of white at the top to represent rice. They close in the back with a long strip of Velcro. I cut slits in the sides for their arms to poke through. The dragon roll has long slits to accommodate the wings. I then sewed lines, like cuts, into each foam roll. For the dragon roll, I stitched slices of fleece avocado and a strip of sauce over the top. For the rainbow roll, I stitched multicolored pieces of fleece to represent the different fish.

What I enjoy most about making outrageous costumes for my girls is the collaboration and creative energy that abounds while the costuming process is taking place. We are designing, creating, planning, troubleshooting, measuring, cutting and sewing together – which is really what the memory is about . 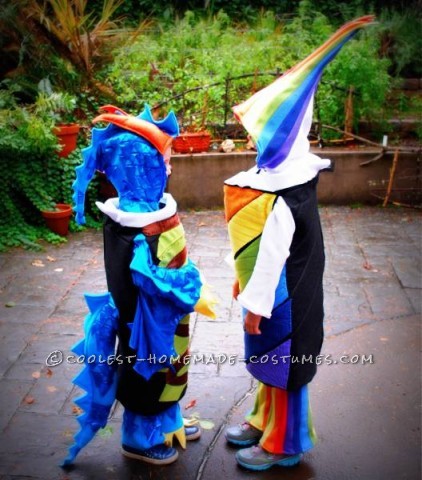 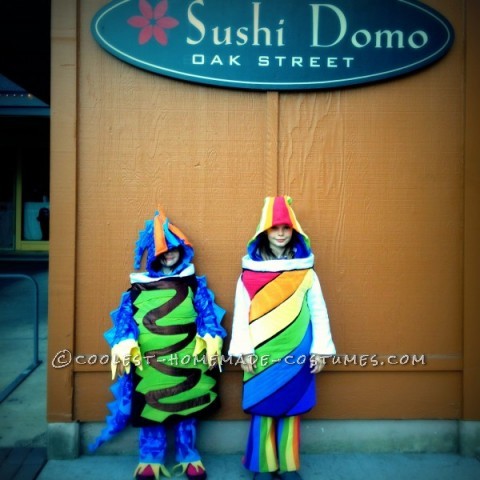 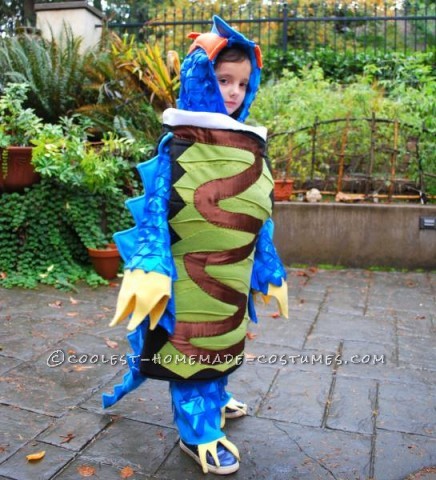 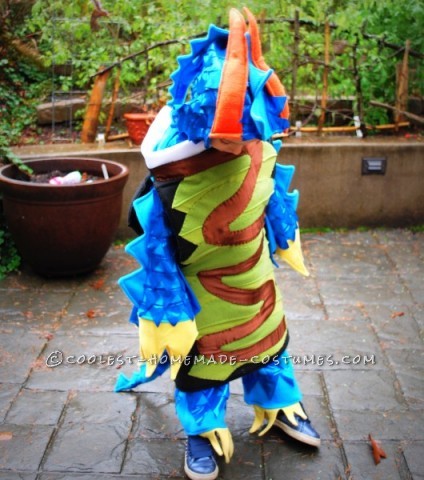 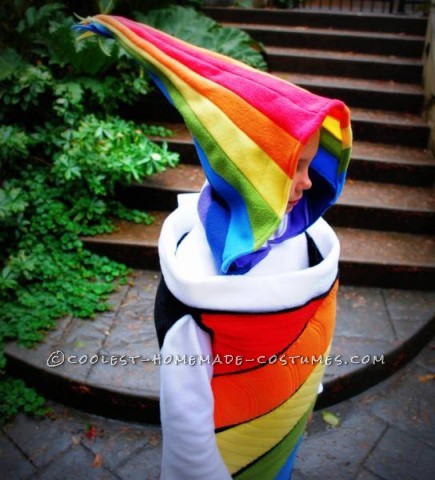 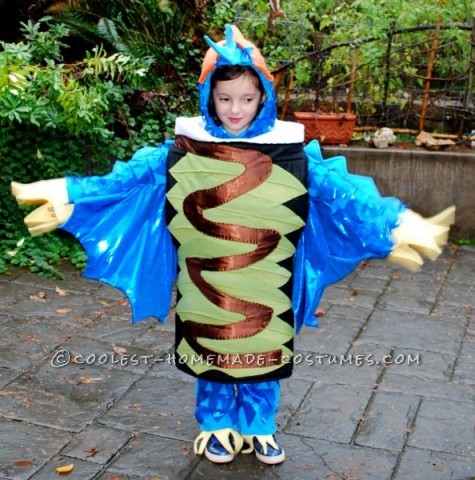 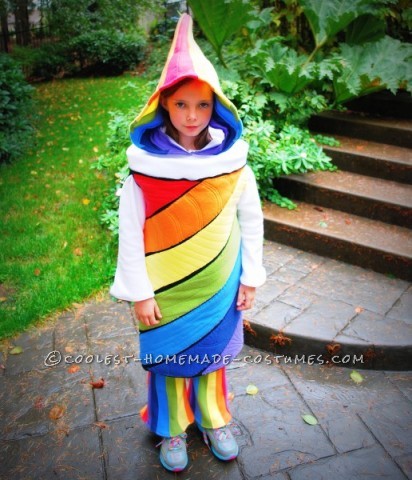 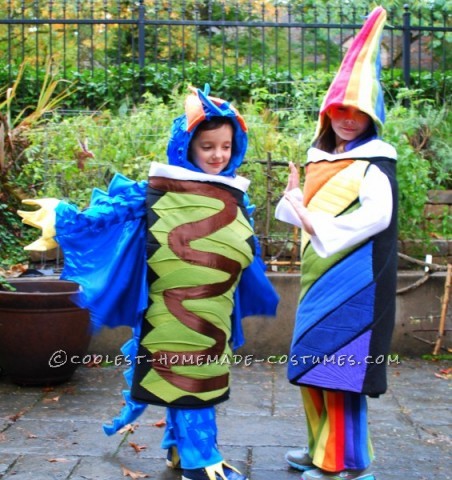