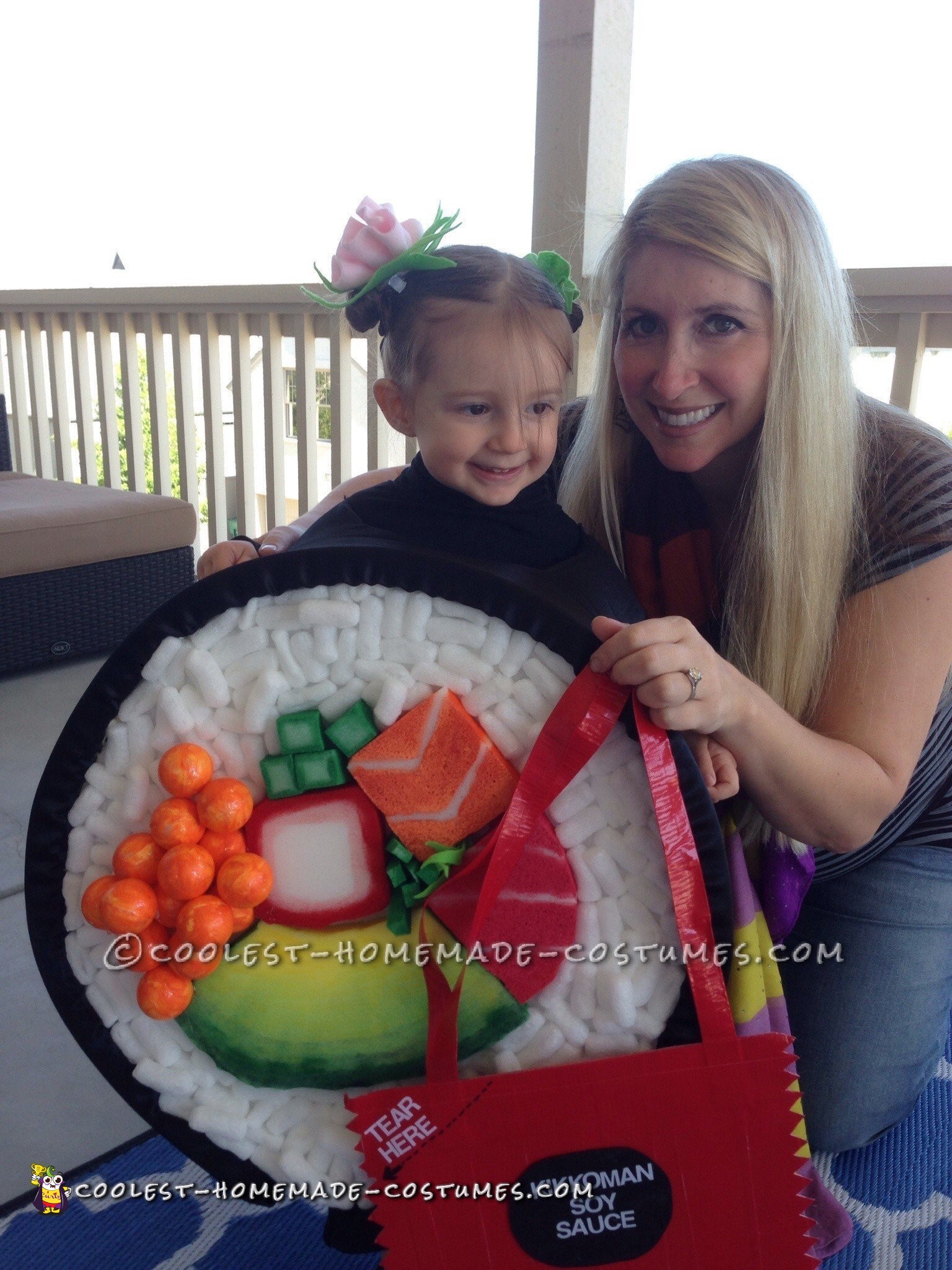 To make the sushi roll costume I cut two large rounds from an old cardboard box and painted them white. Then I cut a length of foam long enough to wrap completely around the cardboard rounds. Next, cut out a hole for her head and then had her try it on so I could figure out where to cut the arm holes. Cut the arm holes and a space for legs. Glue black satin to the foam. I used a spray adhesive plus regular glue for this. I got satin that was slightly textured to give it a more realistic nori seaweed look. Once that was completely dry I put gorilla glue all along the edges of the cardboard rounds and wrapped the foam around it. (You will need someone to help you hold it)  At this point I wrapped the entire cylinder in masking tape so that it would stay put while drying overnight.

Using leftover pieces of foam scraps I cut out the shapes of my sushi filling. (Salmon, tuna, avocado, imitation crab, sprouts and chives) I painted all of the pieces and then let them dry. I also bought round foam balls to look like the tobiko fish eggs. I painted those orange and then once dry, painted them with a little glitter so that they would glisten. Once everything was dry, I placed it on the cardboard round and then glued it down once I had decided on the placement. I tried to do both sides exactly the same.

Next, I glued packing peanuts on with a hot glue gun for my rice. To me, the white biodegradable packing peanuts are the ones that look the most similar to grains of rice. I tried to glue them on at random, so that it would look more realistic. Once that was done, I made my ginger bow by taking a small piece of pinkish-peach colored felt and rolled/bunched it into the ginger floret that you find on your plate at a sushi restaurant. I sewed this together at the bottom so it wouldn’t come apart. I cut out a green piece of felt to look like that weird plastic grass they often put on sushi platters and then glued the ginger to that. The grass base was then glued on a hair clip.

For the smaller wasabi bow I bunched a small piece of green felt together, secured it in the middle with string and glued it to another hair clip. I made the purse using a red file folder and then covered it with red duct tape. I cut out a small piece of thin, black craft foam and then used the sticker die cut letters to spell out “Kikkoman Soy Sauce.”  In the upper left hand corner I cut an arrow out of the black foam and glued it on pointing to a dotted line that I drew on with a black sharpie and then used the die cut sticker letters to say, “tear here.” I made straps for the purse using more red duct tape and then cut the edges in a zigzag pattern to look like one of the disposable plastic soy sauce packets. I did my daughters hair in two high buns and then put her wasabi and ginger hair bows in. Under the costume, she wore a black turtle neck and black leggings. Unfortunately, my two year old daughter absolutely HATED the costume so I would recommend making it for a slightly older child or one that is too young to care! 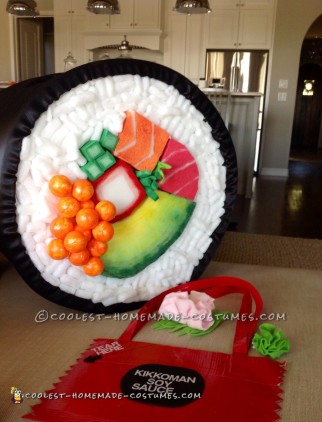 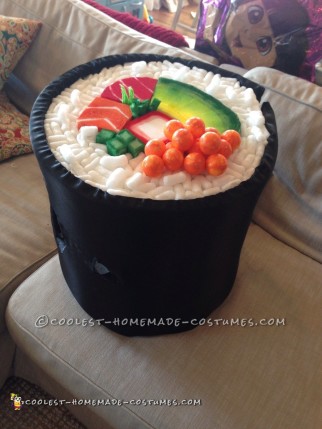 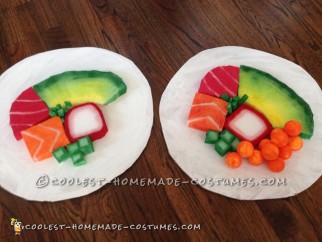 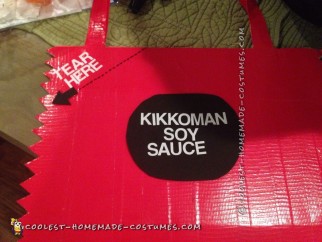 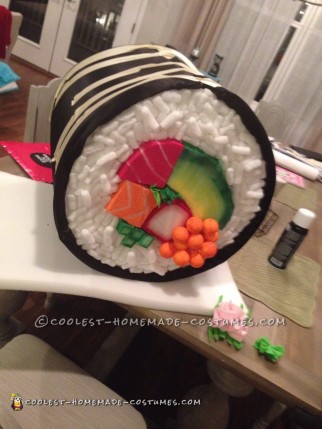 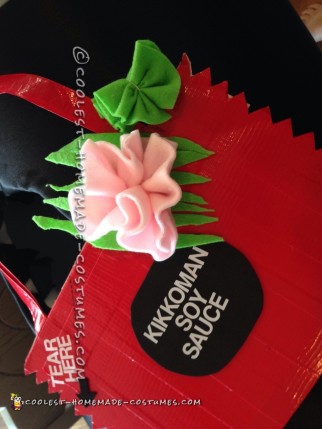 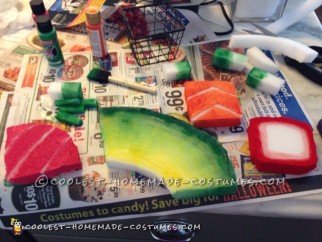 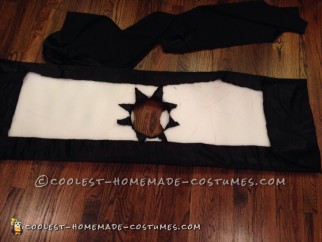 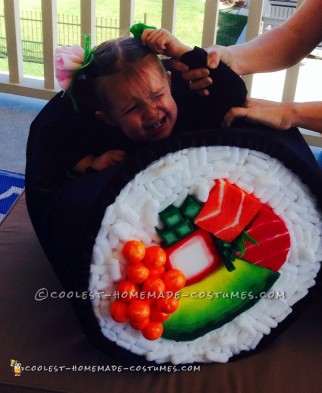