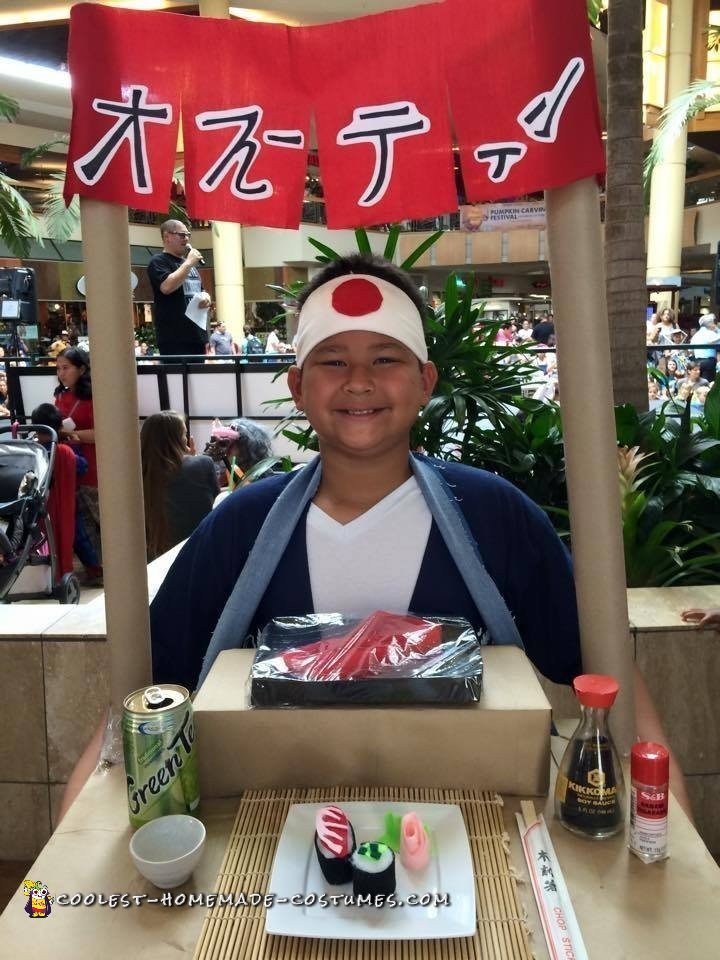 My son and I came up with this Sushi costume idea after a couple hours of brainstorming one night. It’s something that we have never seen done before and thought it would be fun to make!

We used cardboard boxes to create the sushi bar. We wrapped the boxes in paper bags and used wrapping paper rolls to make the pillar that holds up the banner at the top. We found other items around the house to attach to the sushi bar, like the shoyu container, sake cup, green tea, pepper, chopsticks and a plate. We made the sushi and the piece of ahi in the top tray out of felt. My son used clothing he already had to create his headband, coat and belt. We then attached a piece of fabric to the sushi bar that he puts around his neck to hold the bar up to his body.

He wore the Sushi costume to a children’s halloween event at a local mall this past weekend and he got great reactions! He felt so proud that he was stopped by a number of people and asked for pictures! Since Saturday I have seen his picture shared on numerous Facebook pages, PapaJohns, a local news station and other people who attended the event!

My son worked very hard on this Sushi costume. I just helped him when he needed it. It was fun to see him get ideas and figure out how to put things together. He was very resourceful in finding materials. We ended up not needing to buy anything! I really think he deserves to win! His costume is creative, completely homemade (all DIY) and totally original! Thank you! 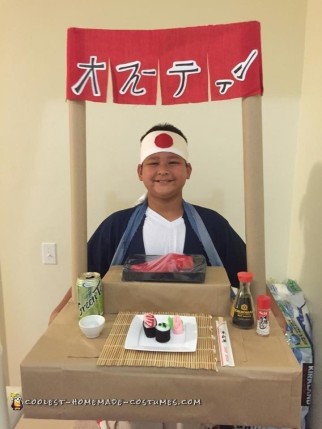 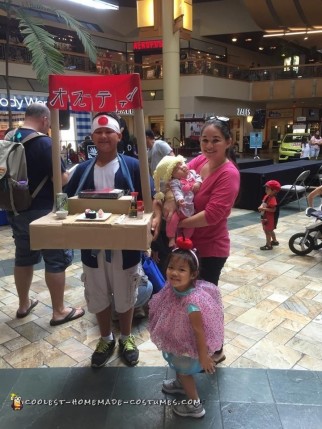