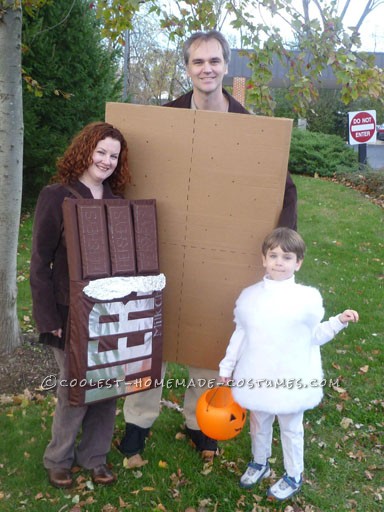 I will admit that I got the idea for my sister’s family ‘Smores costume from Pinterest – we were looking up family costumes for 3 that could also be made to work for 2, since her husband was going to be away for some of the Halloween festivities. I wound up putting a lot of personal touches on the costume so it wasn’t copied from anyone. The marshmallow and graham cracker were easy – the chocolate bar was, as I kept saying once it was done, “the second best thing I’ve ever made!” (the first being my son).

When my sister answered the door for costume for trick or treaters, they saw the chocolate bar behind her and immediately asked if it was real and edible – success!
One of the best things about this costume was seeing people put the pieces together in their heads as the family walked by. They’d see my sister and admire the chocolate bar costume, then they’d notice that my nephew was a marshmallow, once they saw my brother in law the equation was complete, as was onlookers’ delight! 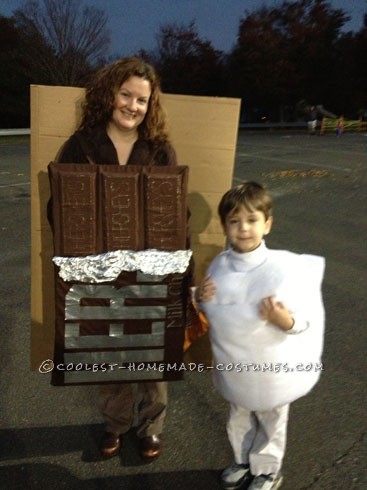 We used a collapsible laundry hamper for the marshmallow. First we cut out holes for the head and arms and had my nephew try them on for fit. Then we used spray mount to attach batting to the outside for added fluff. We wound up having to hot glue the seam down since it kept sticking out and making the costume look like a roll of toilet paper! 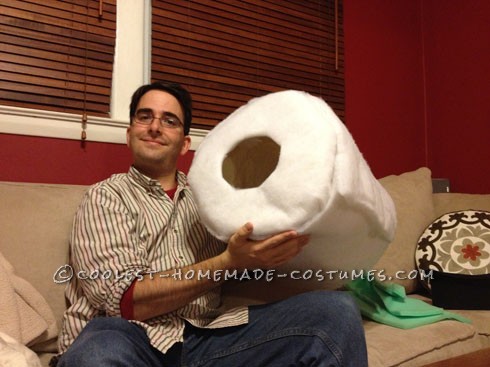 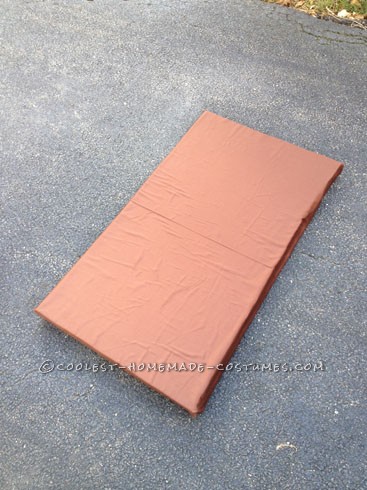 A Hershey bar has the word “Hershey’s” on each of the bricks, so I hand-wrote on them with brown fabric paint. I also added the frame that’s around each piece.
I was originally going to hand-letter the “Hershey’s” on the wrapper with silver fabric paint but them my husband found perfect extra-shiny silver duck tape, so I freehanded the letters with tape instead. It worked so much better, a great texture and better letters.

I hand-lettered the “Milk Chocolate” underneath with a paint pen that turned out not to work as well as I’d hoped. I felt like the foil would get ruined easily so I deliberately constructed the costume so that foil could simply be tucked into the area in between the”wrapper” and the top of the bar and thus be easily replaced. 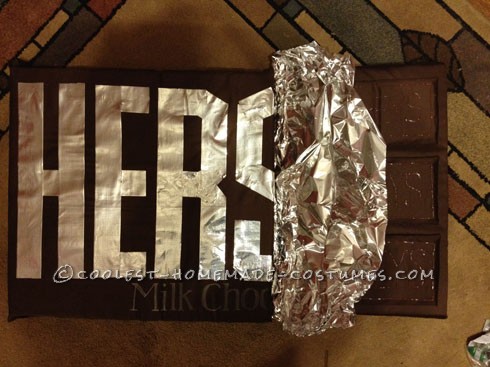 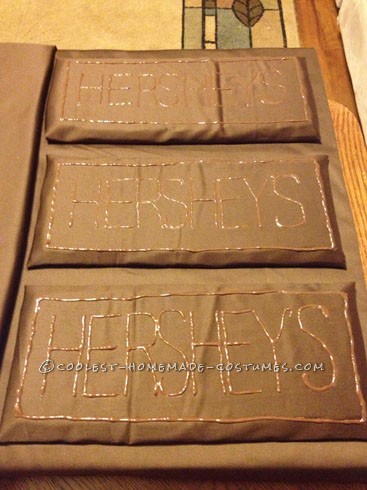 I neatly added the perforations and holes to the graham cracker with brown fabric paint, but while it was drying my husband accidentally sat on it!  I freaked out but in the morning he had come up with the perfect solution. We happened to have a HUGE piece of solid cardboard in our garage left over from when we bought our front door so we cut it to approximate size and I painted the perforations and holes again on the cardboard. Ultimately it actually turned out to be a better material for a graham cracker! 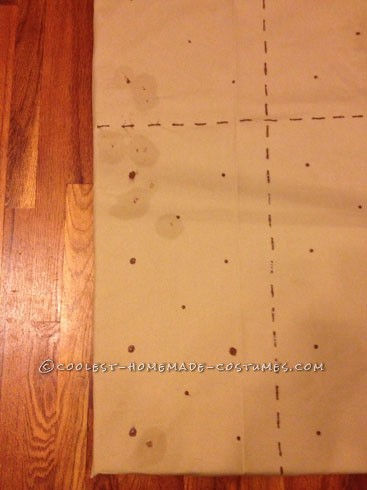 We used a combination of Gorilla Glue and super charged duck tape to adhere belts to the chocolate bar. I wanted the belts to be adjustable so that the costume would be more comfortable for my sister to wear – that’s also why there are belt closures as opposed to just being a solid piece of fabric.

The graham cracker was trickier. It needed to be wearable by both my sister (at the same time as the chocolate bar) and by my brother in law. Further complicating the matter was the fact that my sister would be wearing it on her back whereas her husband would be wearing it in the front. Finally, we wanted it to be behind my sister’s head when she was wearing it, but it needed to be below her husband’s head when he was wearing it so it didn’t block his face. We decided on a waist belt, secured in the same manner (Gorilla Glue and duck tape). It wound up working really well! 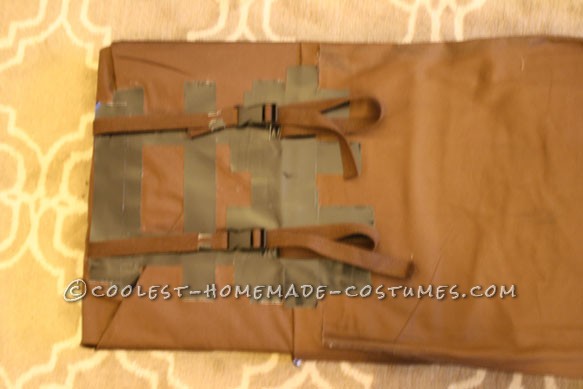 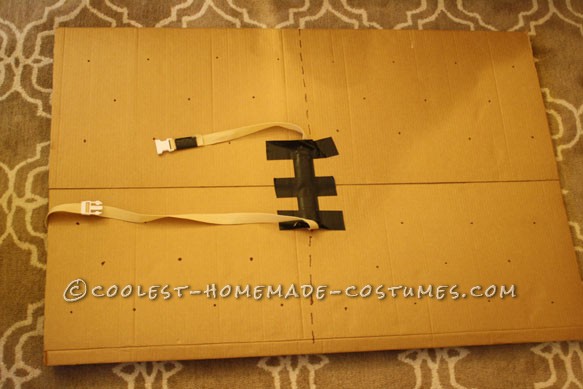