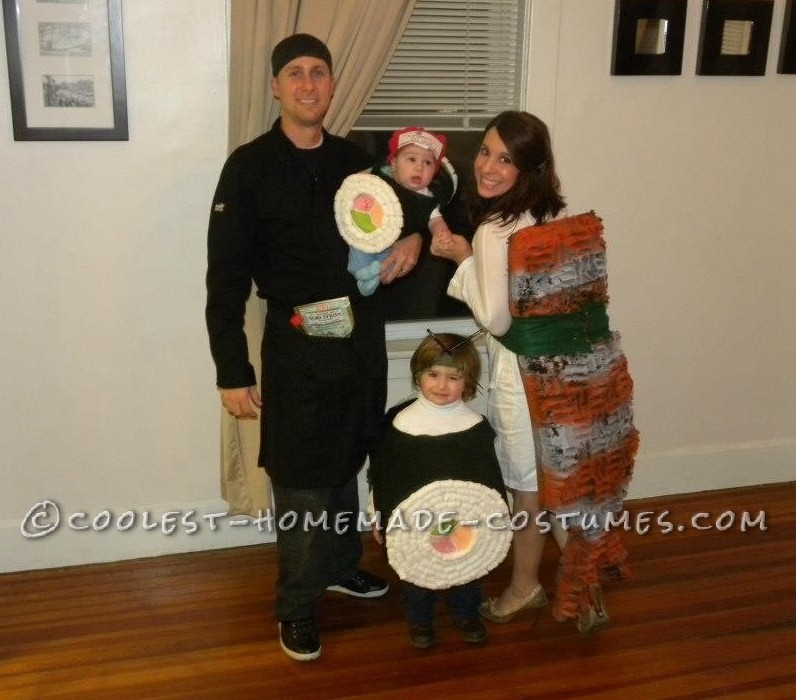 Since I was pregnant with my first son, I have made family costumes every year. This will be the 5th year! I’m not a sewer but I always end up with creative costumes!

The sushi family costumes were fun to make. For the kids, I got some foam from the craft store and rolled it, then stapled it. I found some shimmer dark green fabric that I covered and stapled onto the rolled foam. I cut arm and head holes, and used cardboard circles and white paper plates to cover the ends of the sushi. My brother in- law drew the fish and avocado on the plates and I glued them to the ends. I duck taped packing peanuts around the fish. My older son wore a headband with chopsticks attached, and younger son wore a red hat that I made a paper label to look like Soy sauce.

my costume was the shrimp sashimi. I found some old foam and cut it into a shrimp shape. I spray painted stripes and used some green felt to look like seaweed and it held it to my body. I pinned it to keep it tight.

My my husband was the sushi chef. He wore a black apron with some soy sauce and seaweed in his pocket. He Aldo wore a black headband to complete the look.

You can really make a cool and creative costume and it doesn’t ‘t have to be really labor intensive. Staple guns, hot glue, and duck tape can make all the difference in the world!!! Another tip is to have one family member be an accent so it doesn’t ‘t take time to actually make a costume. For example, my husband, the sushi chef ! We used items that we already had around the house to go along with the sushi theme! 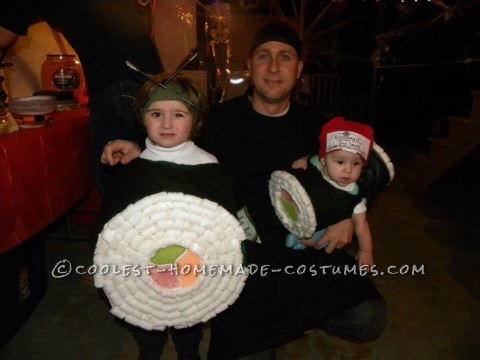 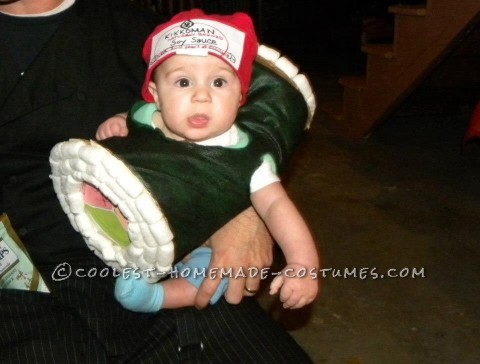 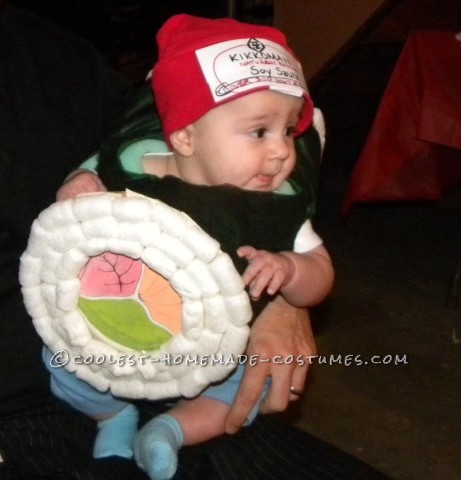