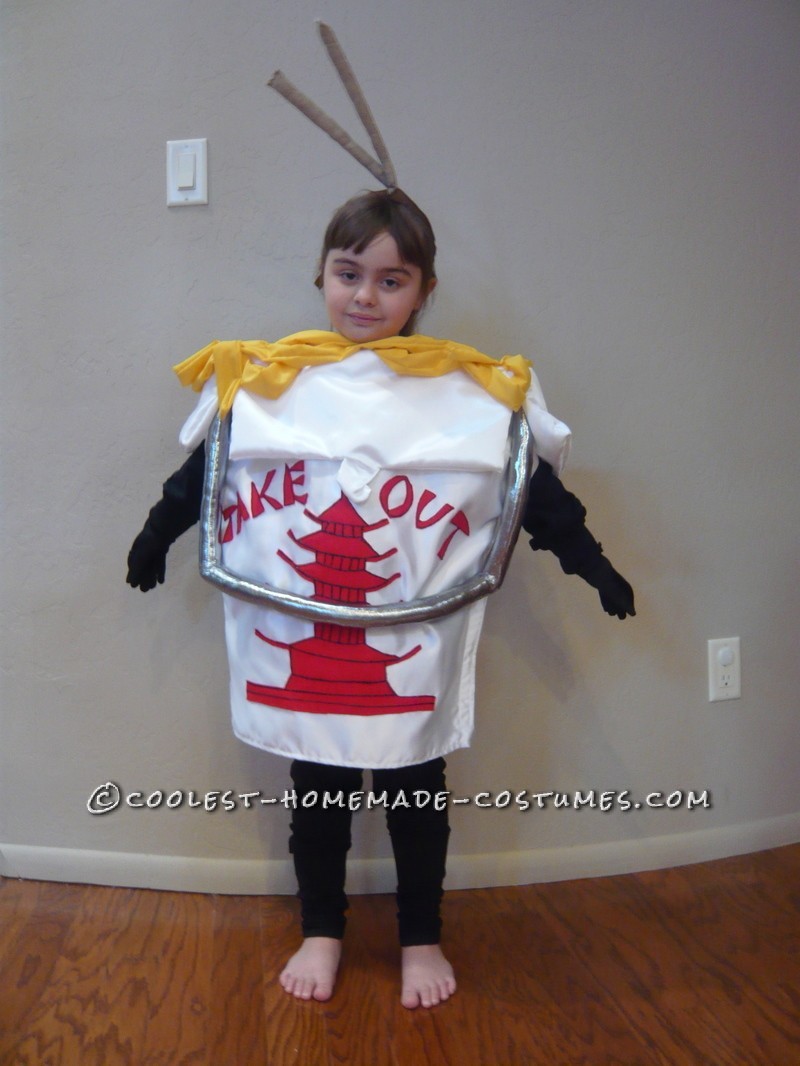 I got the idea to dress up my 8-year-old and 6-year-old daughter’s as a sushi roll and Chinese take out box because they both love to eat sushi (or California spring rolls). I originally was going to make both of them sushi rolls and then decided that since they are individuals, they needed to be dressed up as such.

The most difficult costume by far was the sushi roll. This costume took about 3 months to complete, as there was quite a bit of detail. I sewed each rice kernel individually and stuffed each and every one by hand. The process was similar for the avocado and the shrimp “pieces” that you see sewn and attached in the middle of the roll. I used foam for the center and covered it with a shiny, black material that is similar to satin. This material was found at my local fabric store and was on clearance for $1.99 per yard. I used approximately 4 yards total. I used a wide elastic band and covered that with the same black material for the outer rim.  As for the hat, I used scrap pieces of red, fleece fabric and cut each letter out by hand. I attached the black lettering to a white piece of fabric then finally to the red fleece. For the top of the hat, I had some left over red ruffle and used that to make the top of the hat appear to look like a soy sauce packet.

The Chinese take out box was a little easier, but just as time consuming. I basically had 4 yards of white satin that I had been holding on to for “something fancy” I was going to use it for. I used all 4 yards for this costume. I started out by using the same concept you would use to make a pillow case- sewing the top and both sides, leaving the bottom open. I then sewed each noodle and attached them to the top of the costume. Next was the lettering. I drew all of the letters and pagoda by hand, cut them out, and attached them using fabric glue. I had to hand “baste” them to secure them to the fabric. I used a silver metallic fabric for the handle. To keep the costume from falling off, I simply used  wide elastic and covered it with the same yellow, cotton fabric that I used to make the noodles.  Finally, the head band was a head band that I had. I simply took some scrap brown fabric, sewed them into the shapes of chop sticks and attached them to the head band using ribbon wrapped around it.

We recently went to a Halloween carnival and had nothing but positive praise! Many people could not believe that I actually made the costumes. One person said that, “they looked too good to be home made”. The joy on my children’s faces was the best part of it! 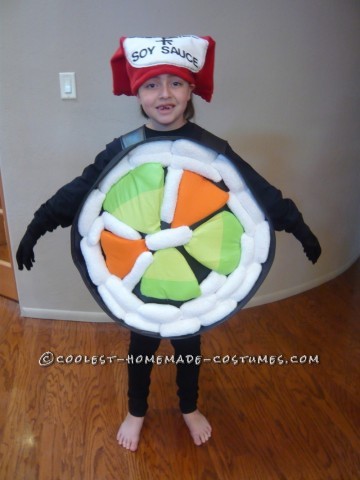 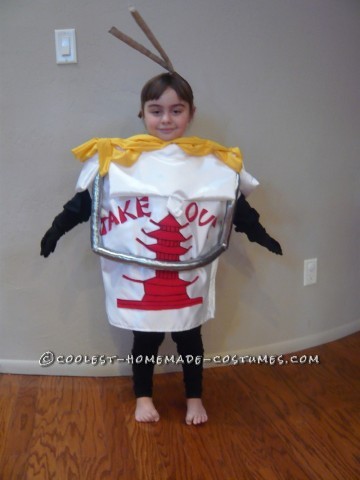 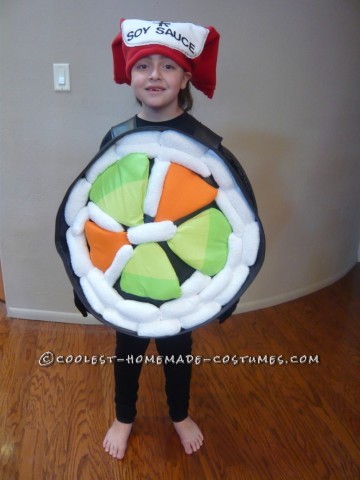 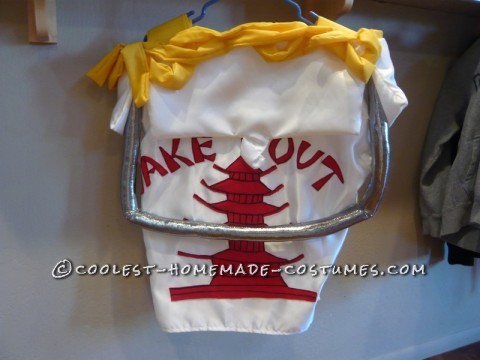 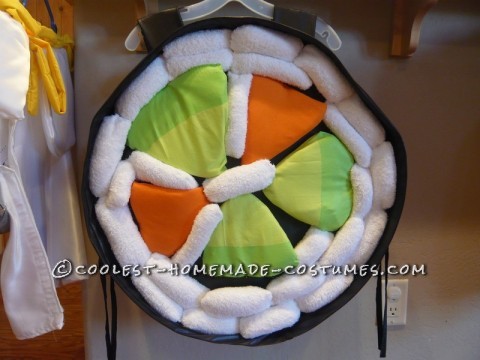