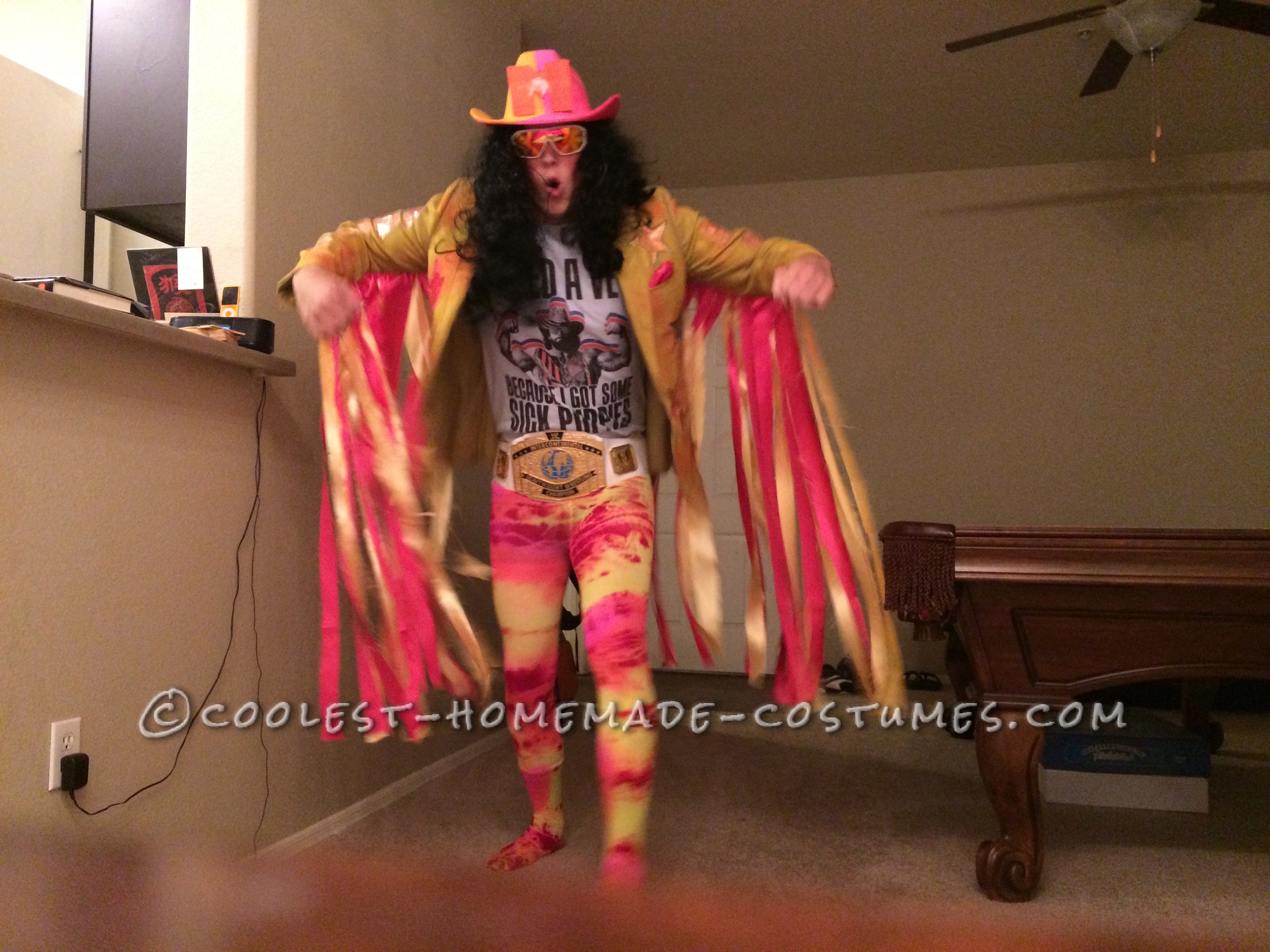 Welcome to the description of the raddest, most Macho, Macho Man Randy Savage costume you have ever seen OH YEAH!

I started by going to my local Goodwill and finding the yellow suit jacket that I would use as my base. From there I went on the Internet hunt for a Macho Man Randy Savage t-shirt, his signature glasses and tights. I found the t-shirt and glasses fairly quickly and when I saw the t-shirt stating ” I need a vet because I got have some sick puppies” I knew that was the one. The tights on the other hand were a bit trickier.

I searched high and low until I found a website called We Love Colors and they had tie dye yellow, pink, orange and red XL women’s tights that would fit a 6′ 190 pound man. At that point I knew this was going to be a success. After having the tights in hand I went to my local Jo-Ann fabrics and found the pink and yellow fabric that would match the tights.

Being a guy that had never been in such a store in my life it was definitely an experience. I had an older lady told me how nice the fabric was and that it would make an excellent table cloth which I had to tell her thank you for and then say that I was turning it into a macho man randy savage costume. She just gave me a weird look and proceeded to walk away.

I then went to my local party city and found the wig and pink hat fit for a female bachelorette party. Now with all my clothes ready it was time to get to work. I went to the local Wal-Mart and home depot and got the finishing touches; the kid’s heavyweight championship belt and fluorescent yellow, orange and pink spray paint along with pink and blue glitter glue. I can now say I have more experience with glitter glue than any 26 year old guy should have without a daughter. I used those supplies to spray-paint the jacket and hat and used the glitter glue to spell out macho man on the sleeves and the stars on the front.

With every thing spray painted I then cut the sleeves up the jacket and cut the fabric into big strips connected by a solid material at the top and pinched the jacket and fabric together with safety pins to hold and save me from sewing the jacket together. As you can see there was a decent amount of work that went into the costume but it was a lot of fun at the bars on Halloween night and I would defiantly do it again. It was with out a doubt recognizable and I got a lot of “OH YEAH!” From random people on the street along with numerous picture requests, including with the NWO version of Macho Man, The Million Dollar Man and Stone Cold Steve Austin. 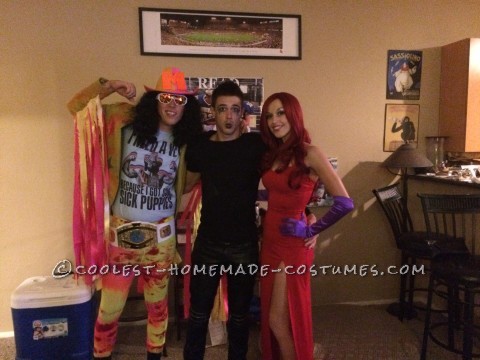 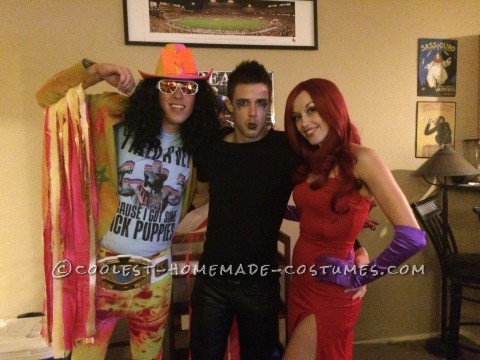 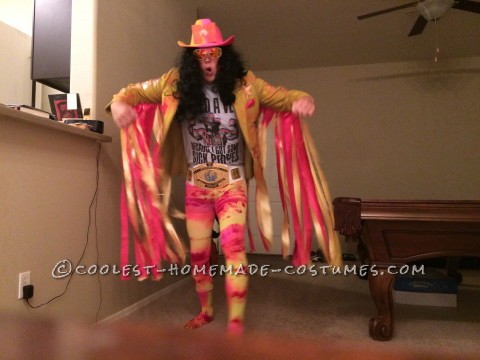 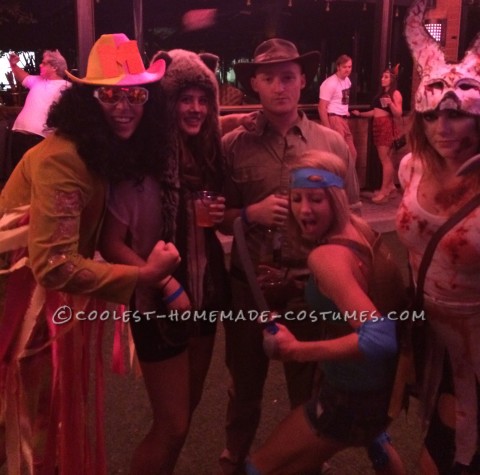 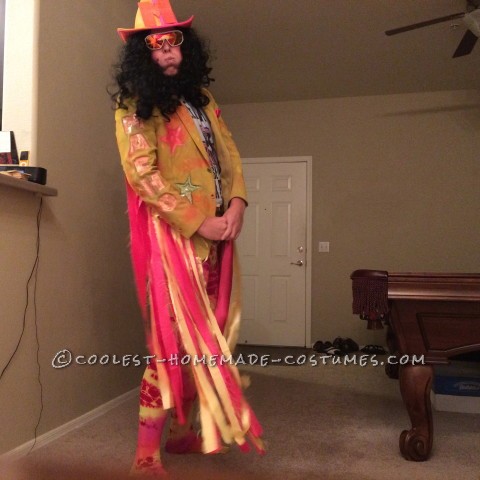 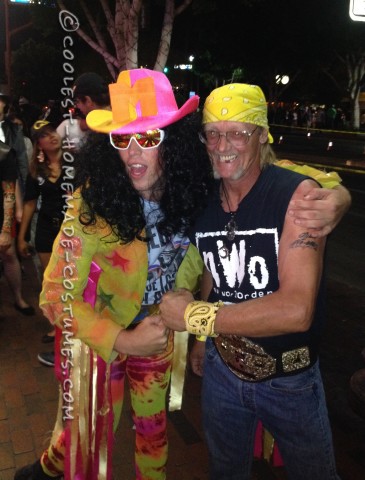 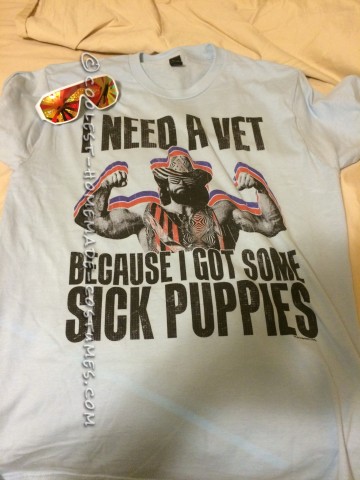