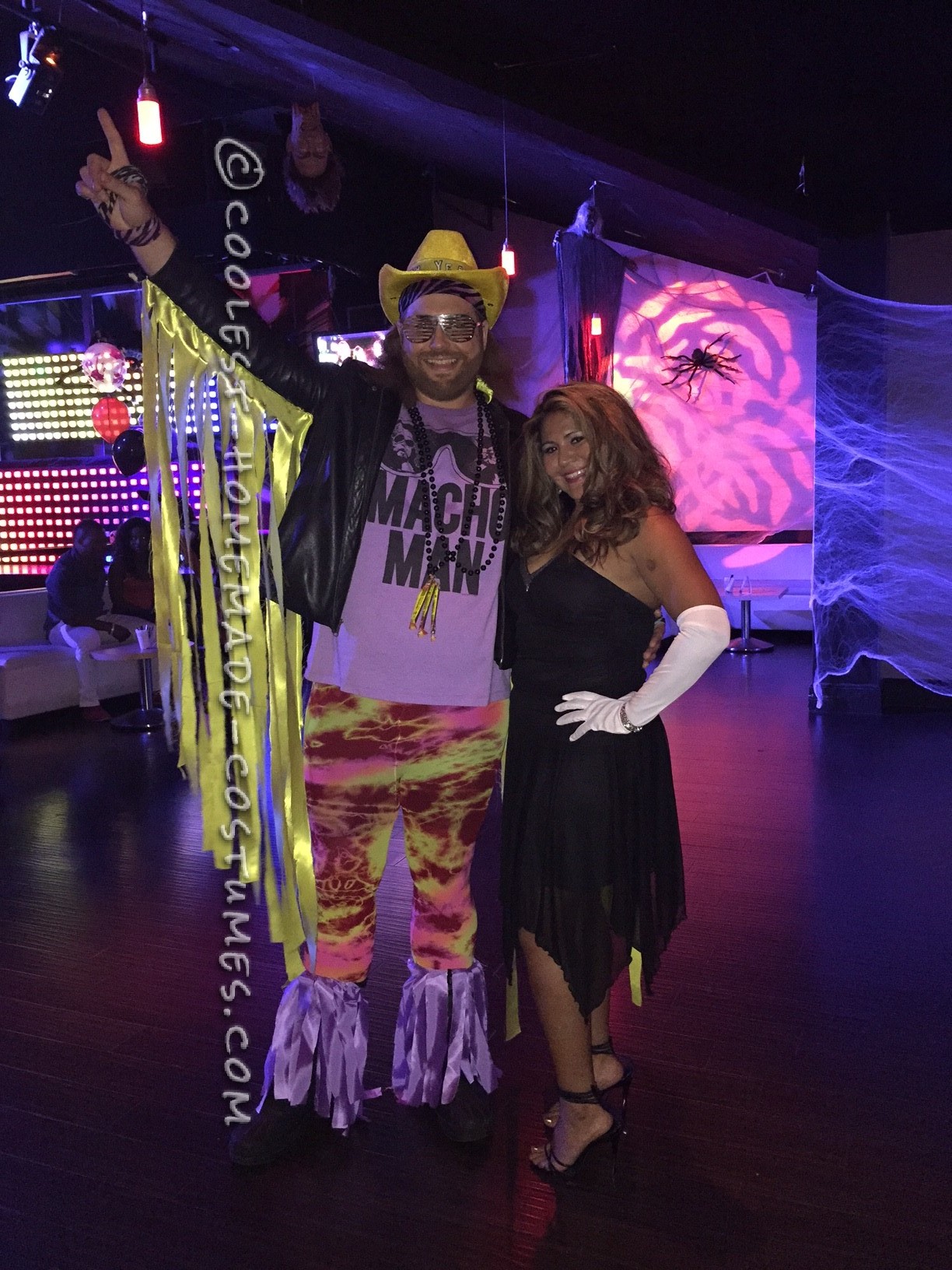 My girlfriend and I originally needed some cool costumes to wear for Mardi Gras 2014 in NOLA. She was flipping through pics of really colorful costumes for us online and came across an awesome looking character for me to dress up as. She had no idea this was a beloved WWF wrestler from my childhood. A soon as she showed me I was totally stoked and we went above and beyond to make the costume as awesome as my memory of Macho Man. We looked at a bunch of old wrestling videos and interviews of him for inspiration and a color scheme. I practiced Macho Man impressions and funny monologues. Macho was undergoing a rebirth.

When we arrived in New Orleans, the costume was a huge hit. People, mostly guys my age feeling the same nostalgia, were yelling “Macho Man!” and “Oh Yeah!” And I was echoing back “Oh Yeah!” until I could barely speak, as this went on for three days. Over this time I honored over a hundred requests for pictures and handed out just as many Slim Jims, a company Macho Man advertised for in commercials in his retirement. I thought it would be fun to hand out Slim Jims in place of beads. The costume was such a grand success, one guy anxiously approached with his phone in hand showing me a picture of him as a kid with the real Macho Man, imploring me for an updated photo. He actually thought that I was the real Randy Savage (who sadly died a few years back).

Fast forward to Halloween 2014, I thought I should get a little more mileage out of the costume. This time, my girlfriend accompanied me as Miss Elizabeth, Macho Man’s manager and wife. We received a similar response when we went out.

The Making Of a Macho Man

My costume includes: a leather jacket from the Good Will with sequin ribbon hot glued and fabric sewn to jacket(cut to make streamers) from a fabric store. Tights are from WeLoveColors.com website. Hat, wig (I used the beard portion of the wig purchased), bandanas, macho man T-shirt, and fun shades are from amazon. Lettering on hat is from fabric store and glued to fabric that was cut into ribbon, tied and hot glued to hat. Boots are winter snow boots with fabric safety pinned together and cut to make streamers. Total cost was about $100, not including boots. 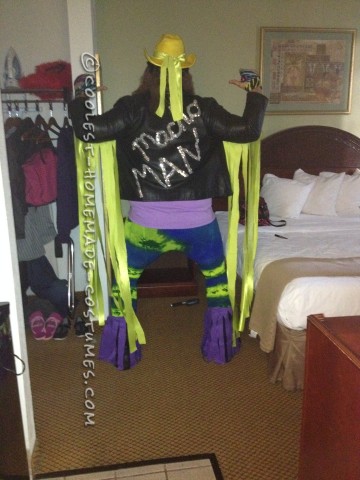 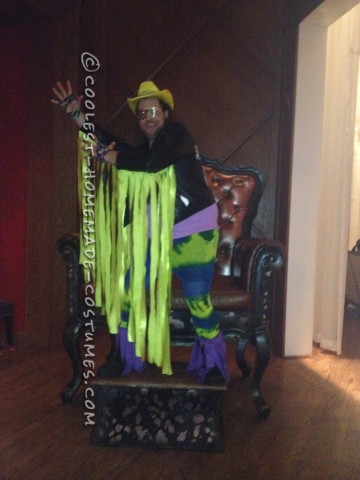