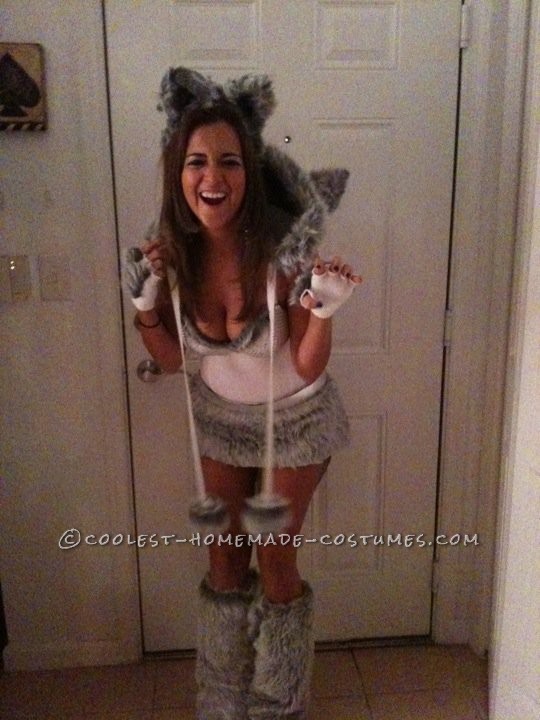 No idea who and how we came up with this idea for the sexy Big Bad Wolf and Little Red Riding Hood costumes but we had a blast making these costumes. We’ve been making our costumes for years and this is just one of my favorite because we played the part all night…Big bad wolf chasing little red around the bar was way too much fun!

So how did we do it? I was the wolf and I was inspired by a costume that is similar that I found on a website but was way to expensive that I rather make myself… needless to say I probably ended up spending more money in the end but it was worth it. I used an old bra like most of my previous costumes and I bought my wolf furry fabric at Joann’s. I also bough a headband with ears and just super glued the fur around it.

I also bought a stomach corset in white which looked cute. Now Little red bought her dress and added to it and changed it up a bit. She bought a tutu and added a cute sequince to her dress to match her head band. She also bought a black corset and put that over her dress for a more sexier less innocent  little red…and I think she pulled it off! 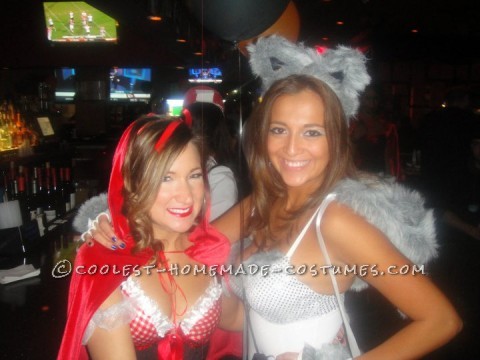 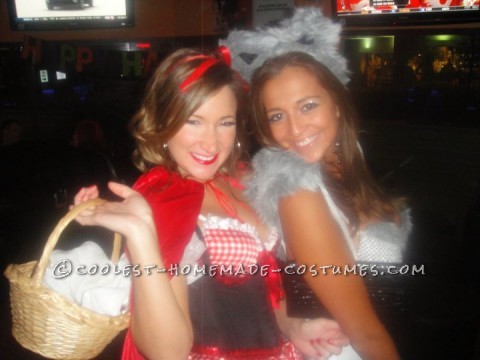 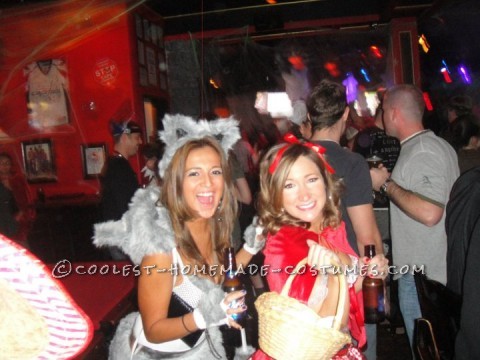 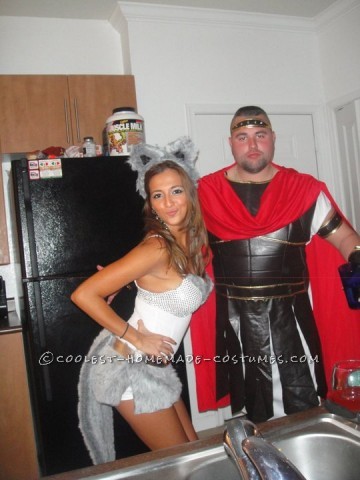