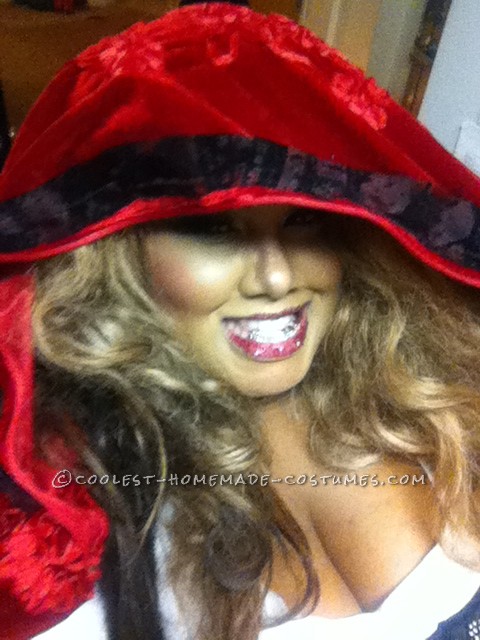 I think we are all fascinated with the harrowing tale of Little Red Riding Hood and the Big Bad Wolf. Personally, I think it is a cool story outside of the usually sexual connotation. FYI- Not everything about Halloween has to be overly sexy, or does it? Hmm, the debate is still in the air on that one.

I decided that in order to be the modern fiercest of the fierce, I would have to put a little spin on our couple’s costume. Unfortunately, my partner in fairytale crime doesn’t really “do” Halloween. As in this is the first time he has dressed up ever. Ever!

So getting him into three outfits this year was a task in itself. He didn’t want a mask and didn’t want anything overly done. I get it.

It took a lot of sewing, some hot glue, and prayers to become Lil Red Beyoncé and The Wolf of Wall Street.

Originally, my boyfriend was going to be the wolf of south street (a local party area) known for all night clubbing and dancing good times. We decided to drop that because it was a little too much costume for him. So we got an inexpensive suit from the second hand store, an old wig, a t-shirt, and fur.

I glued the fur onto the t-shirt and gloves, then left the suit partially open. We cut and teased the wig and used metal wire to fasten the fur to his shoes. I used a face paint pallet to make a simple wolf face because he did not want fur or hair on his skin. Party pooper! It’s all good though, he did manage to pull it off with his phone and brief case.

I bought a cape pattern from Joann’s that ended up being way too small. I went to the internet to figure out how to make this cape. It only took a few hours to get it exactly right with the arm holes. The edges I cut really choppy to make it look shredded.

I sewed on the burnout fabric that looks like small dark crowns up close. I added a velvet attachment to the front of the cape.

Glued rhinestones on the corset, and cut the top part of the T-shirt. I sewed two pieces of fabric to make a body con skirt and then doubled up two pairs of tights. I also took a pair of old leather pants, cut off the legs, and sewed them tighter to make thigh-high boot covers. I put on some accessories for the party that included a rhinestone head band and fake diamond grillz.

It took a few days to make off of this and about three to four hours total. 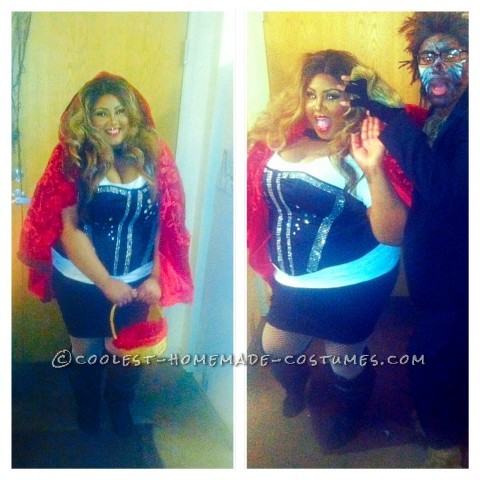 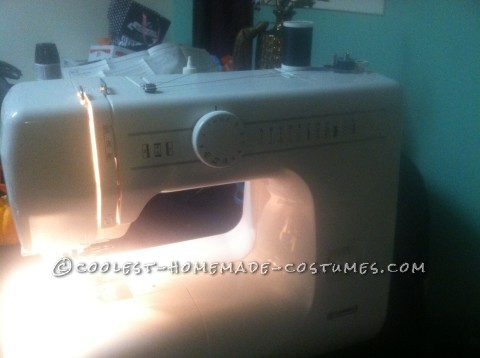 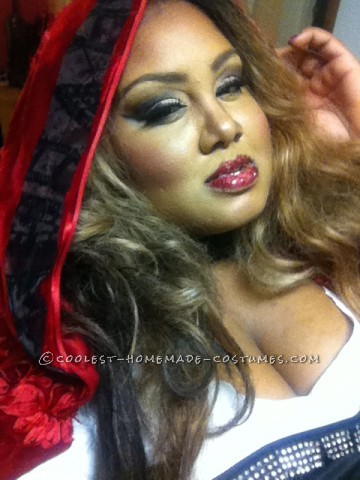 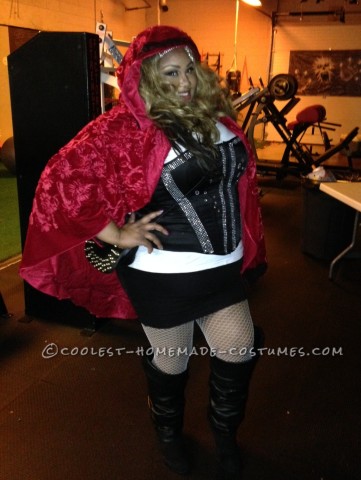 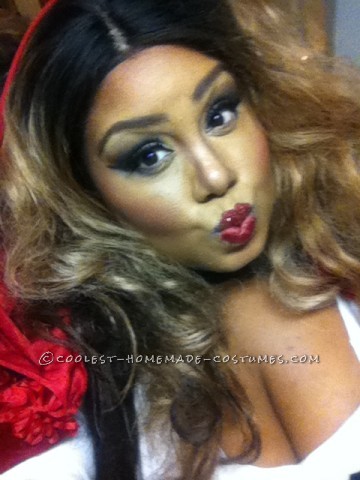 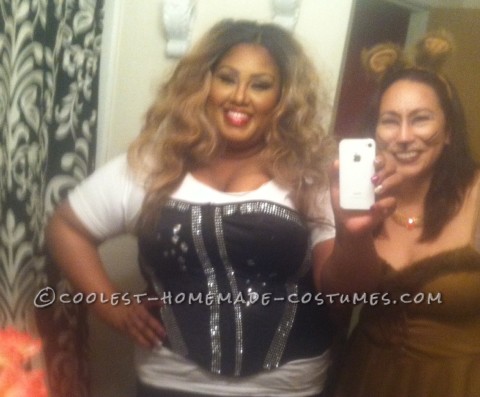 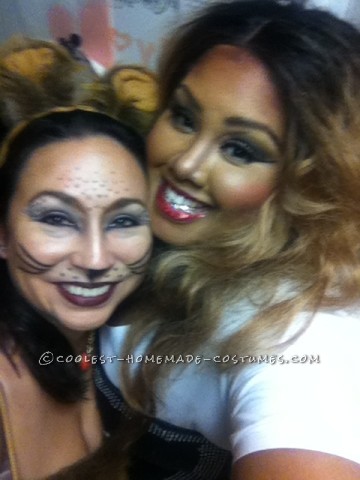 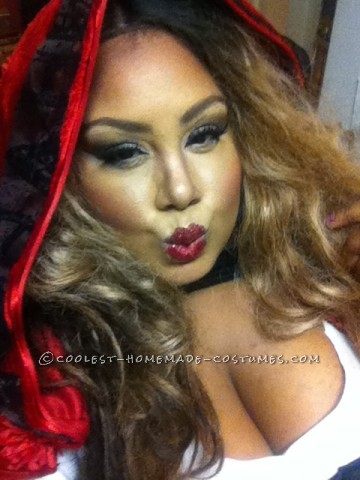 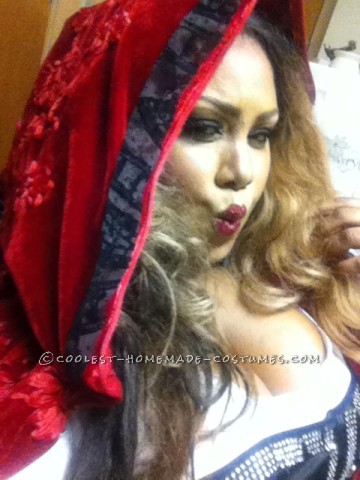