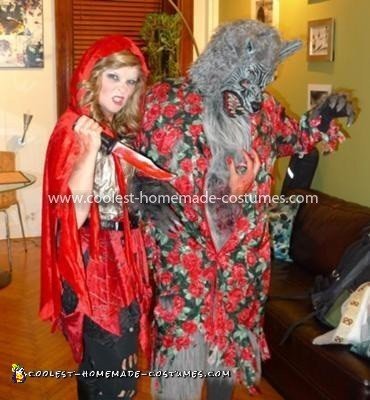 We decided to create Little Red Riding Hood and the Wolf Couple Costume — with a twist! We decided it would be cooler to have “Grandma” climbing out of the wolf’s stomach, with Little Red’s help. But we wanted to make sure the arm sticking out of the stomach was “alive” so Kevin needed to make a fake arm for the wolf, and stick his arm through the chest.

My boyfriend bought a fake chest, glued faux fur to it, cut a hole in the center for his arm to stick through, made the fake arm (the hardest part was to get it to hang right) by bending a coat hanger and tying it around his body, sewed fur on some of my old leggings, and bought a scary mask. He painted “Grandma’s” nails for extra effect, slashed up a dress found at good will to be dressed as “Grandma”,and painted his eyes dark to blend in with the mask.

I did dark make-up and slashed my leggings and outfit to look like the wolf and I had a fight. I also put some fake blood scratches for effect. We added fake blood to a knife as well. 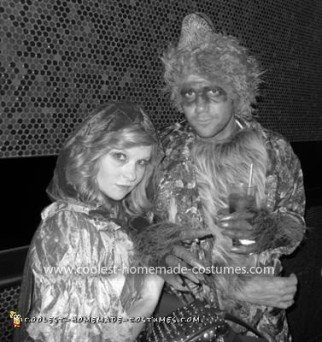 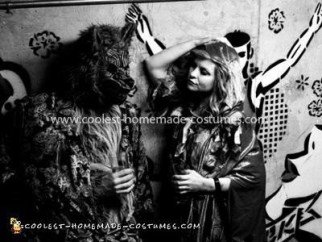