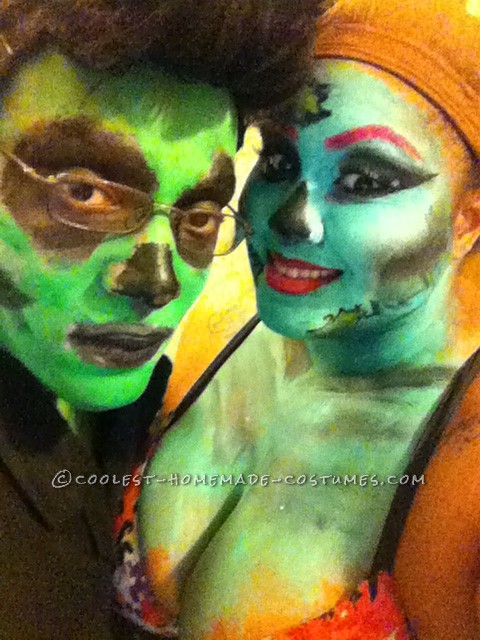 Classic zombies are always fun, right? You know not so gory, very little blood, not too scary, lots of ghoulish fun!

A few weeks ago my darling Royce and I went to see the James Brown biopic – Get up on It! Of course he instantly started quoting and reciting verbatim lots James Brown shouts and lyrics. Eventually, he found a video of a CNN interview on YouTube of the performer whacked out of his mind, and somewhat hilarious!

Royce played this video over and over (still does) for weeks. So, I decided why not make our costumes as such- James Brown and his backup singer. With Halloween being the theme we went into zombie mode, and because this was the first Halloween he has dressed up (as an adult) we kept it as simple with makeup as possible.

We bought a suit jacket and pants from a thrift store in town.

The dress and shoes were purchased over the summer. The shawl was an old maxi dress cut in half with slits for arm holes.

I wish we could have given more time to the makeup, however, for 15 minutes its not bad at all! We rushed out and had the time of our past lives as Zombie James Brown and his Vegas backup singer. 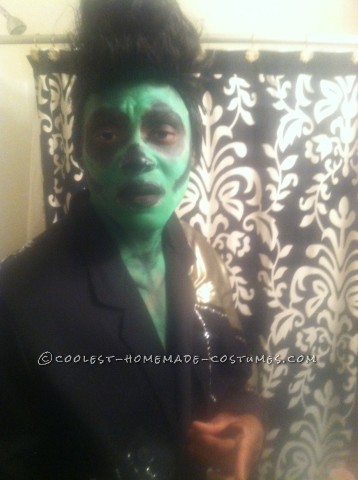 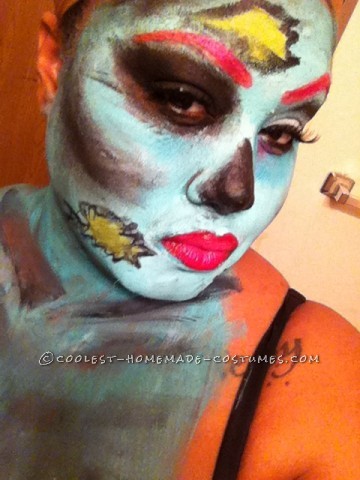 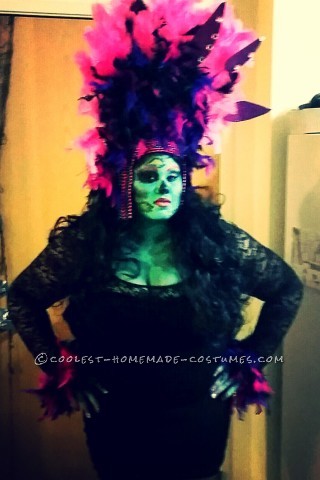 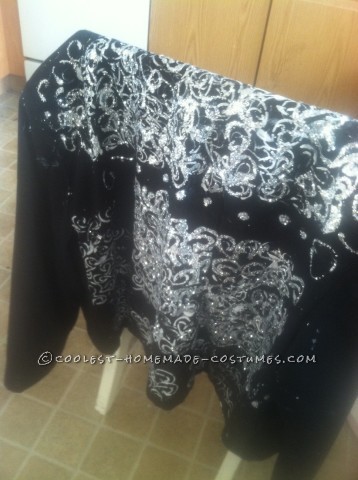 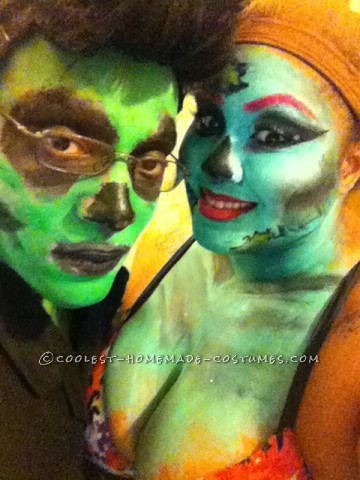 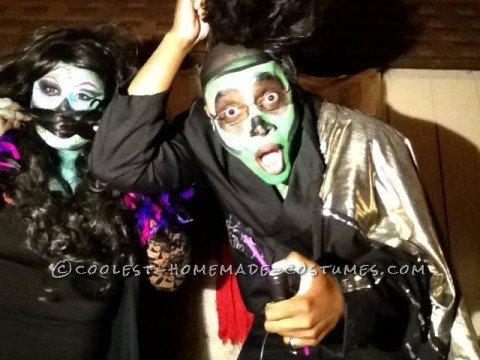 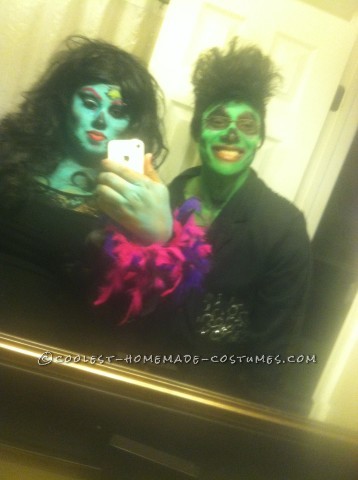 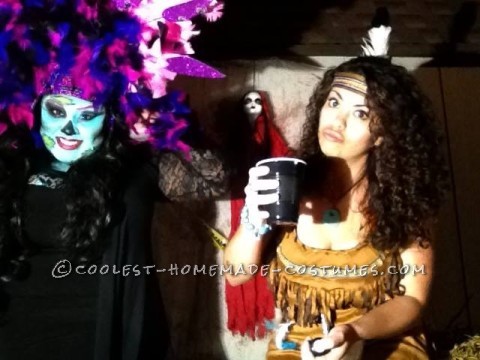