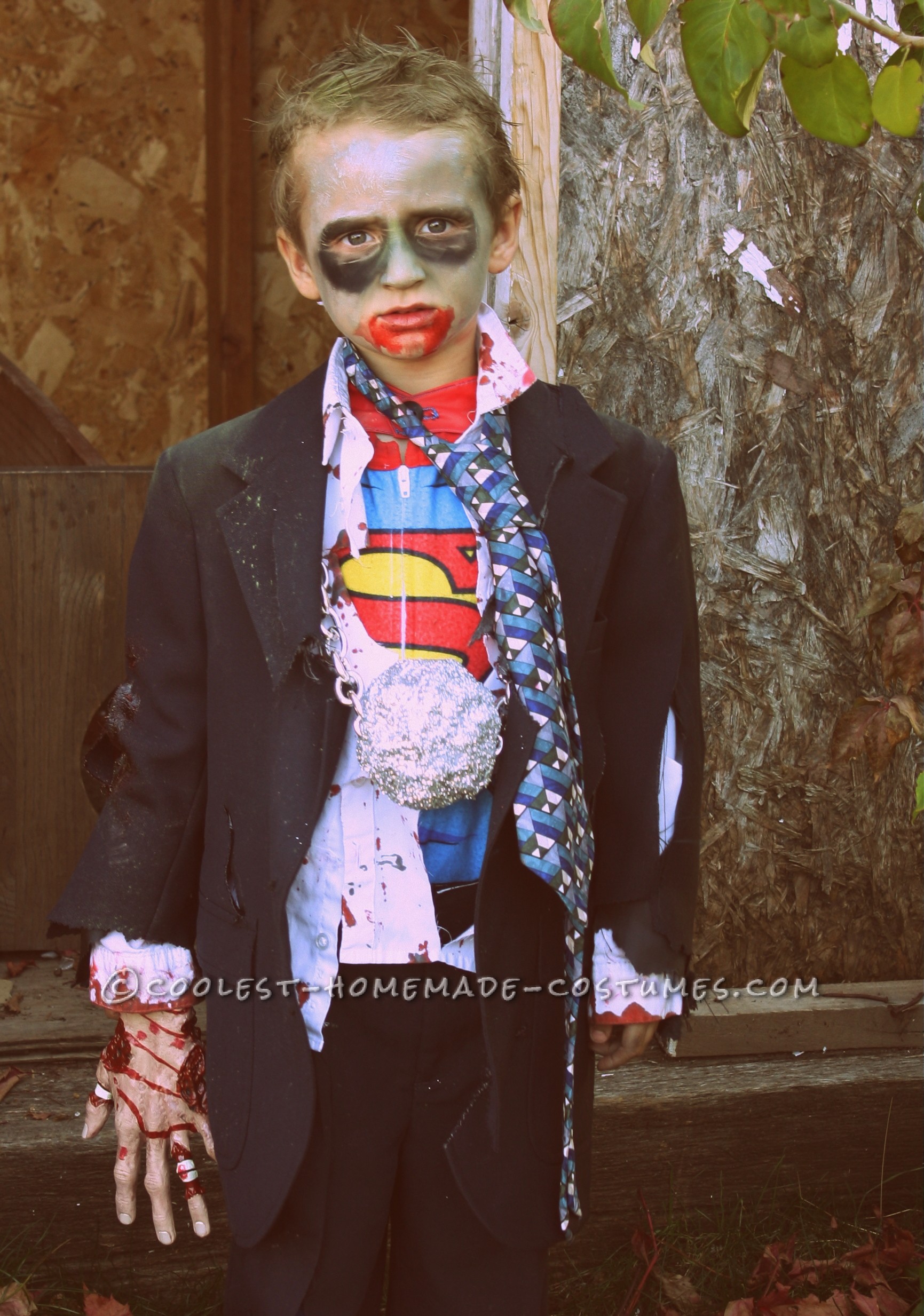 My 4 year old son came up with this idea all by his self. The silver ball is zombie kryptonite, after all Superman, has to become a zombie somehow. The evil Lex Luther captured him and put a chunk of it around his neck and Clark Kent turned in to a zombie. If you notice in the pictures only his Clark Kent suit is destroyed, however Supermans cape and costume are untouched, since Superman is indestructible!  Colton practiced for more then a month to perfect his zombie act. On Halloween other then “Trick or treat” and “thank you” he would just moan like a zombie or say “Brainnnns” when ever someone told him how cute he was. Everyone he seen and people that have seen the pictures online, have said how cute and creative he is, and I have a future actor on my hands. I enjoyed watching him have such a good time with it. We even went to the canyon above our house at his request so we could take zombie pictures of him, He wanted to chase his dad and me around and get pictures like it was a zombie attack. 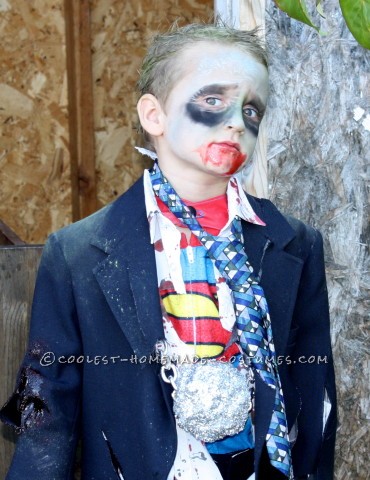 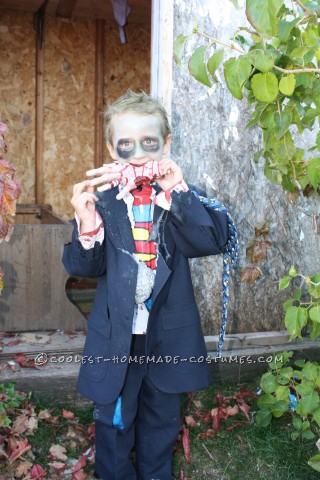 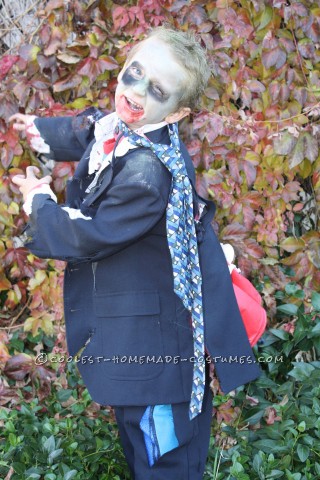 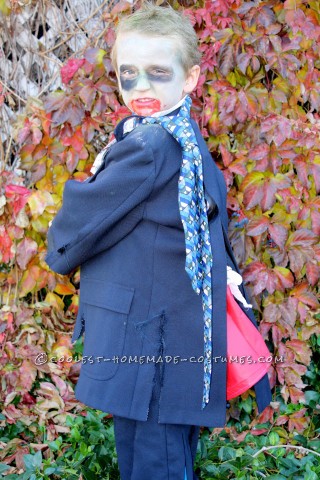 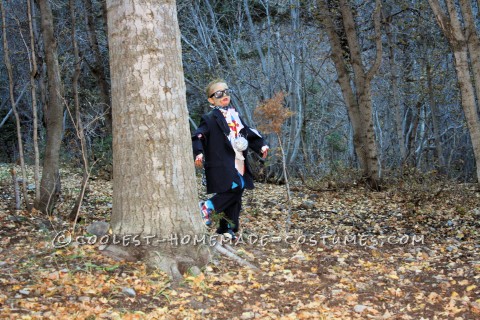 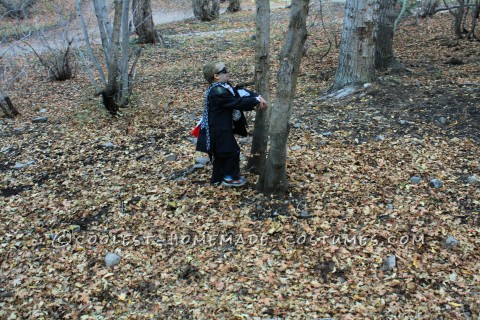 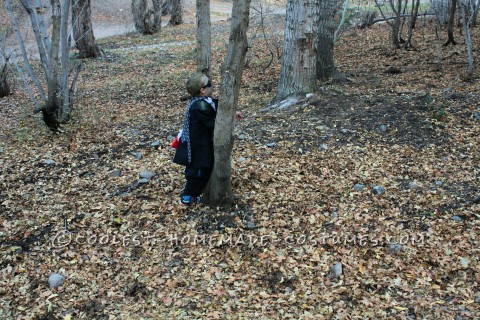 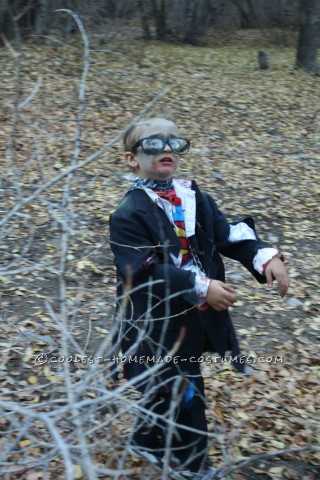 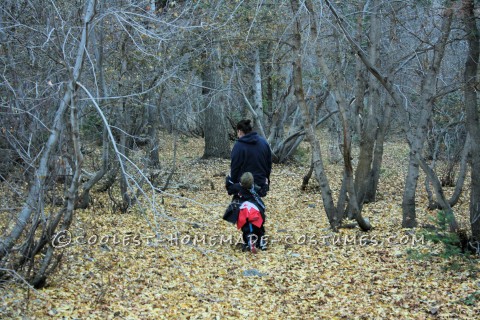