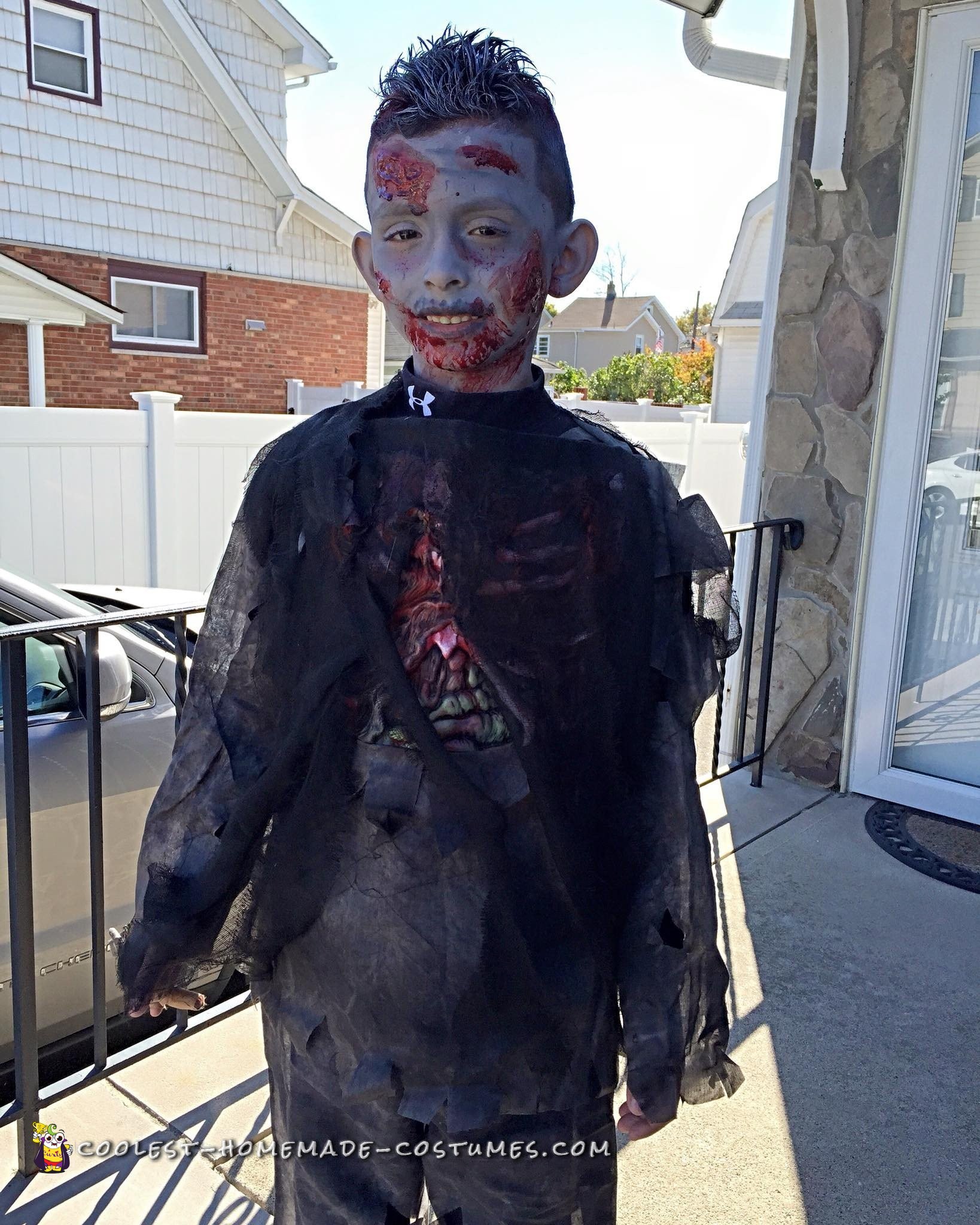 This year Tyler wanted to be a Zombie. In previous years my wife and I Ana Conlin typically do a Zombie Walk and dress up as Zombies. We usually do a Dr. and escaped patient duo with everything from yellow contacts, to prosthetics for facial scars and neck wounds. Face and hair coloring are the norm. Ana can typically make a zombie in less than 1 hour. And so Tyler this year wanted to join in and be a Zombie for Halloween. For this one we purchased a Zombie costume and Ana did Tyler’s makeup.

Steps we used to make Tyler a Zombie. Basically we used hair spray to make his hair gray. Then we used red hair gel to add red blotches to his hair to make it look like his head was cracked open. Next Ana applied some prosthetics to create wounds on his face. After that Ana painted his face with gray paint for that Zombie coloring. Next up Ana filled in the wounds with stage blood. Finally she took some splatter blood and filled in gaps in costume and face/head.

Needless to say once we took Tyler to school for the school Halloween parade he had a hard time getting anyone to sit near him. Normally he is very popular in school however today children were shying away from him. It was comical to watch as he tried to wiggle his way into the crowd without anyone reacting to his costume.

Overall he was very happy being a Zombie and this Halloween was a success in his book. He had many comments from other children, parents, etc. and he was extastic in his Zombie costume.  According to him he will never forget this Halloween and he was so very happy to have Ana make him a Zombie this year. 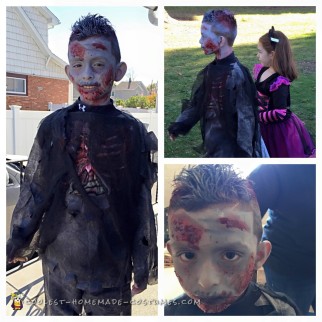 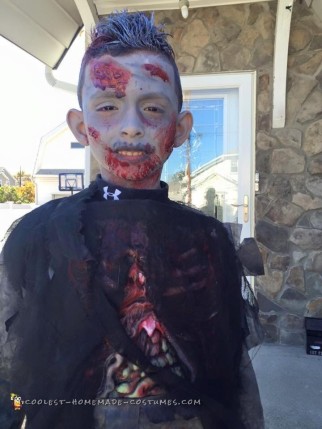 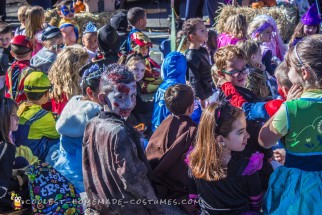 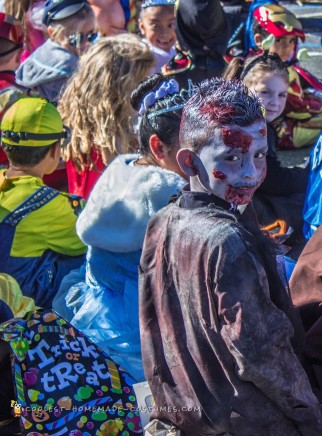 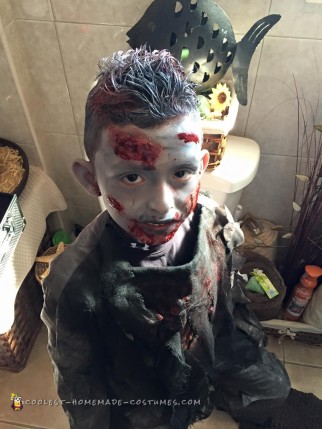 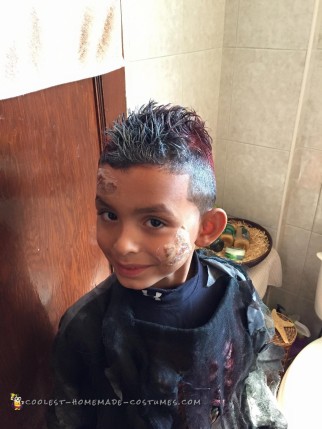 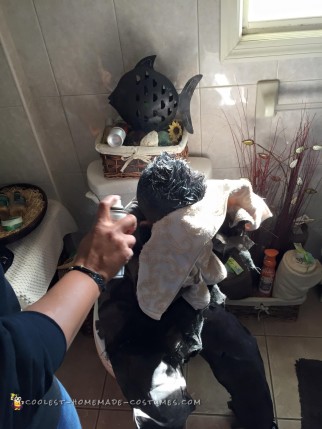 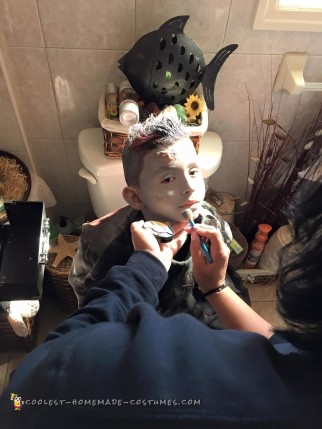 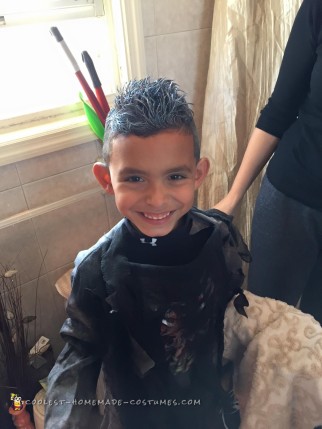