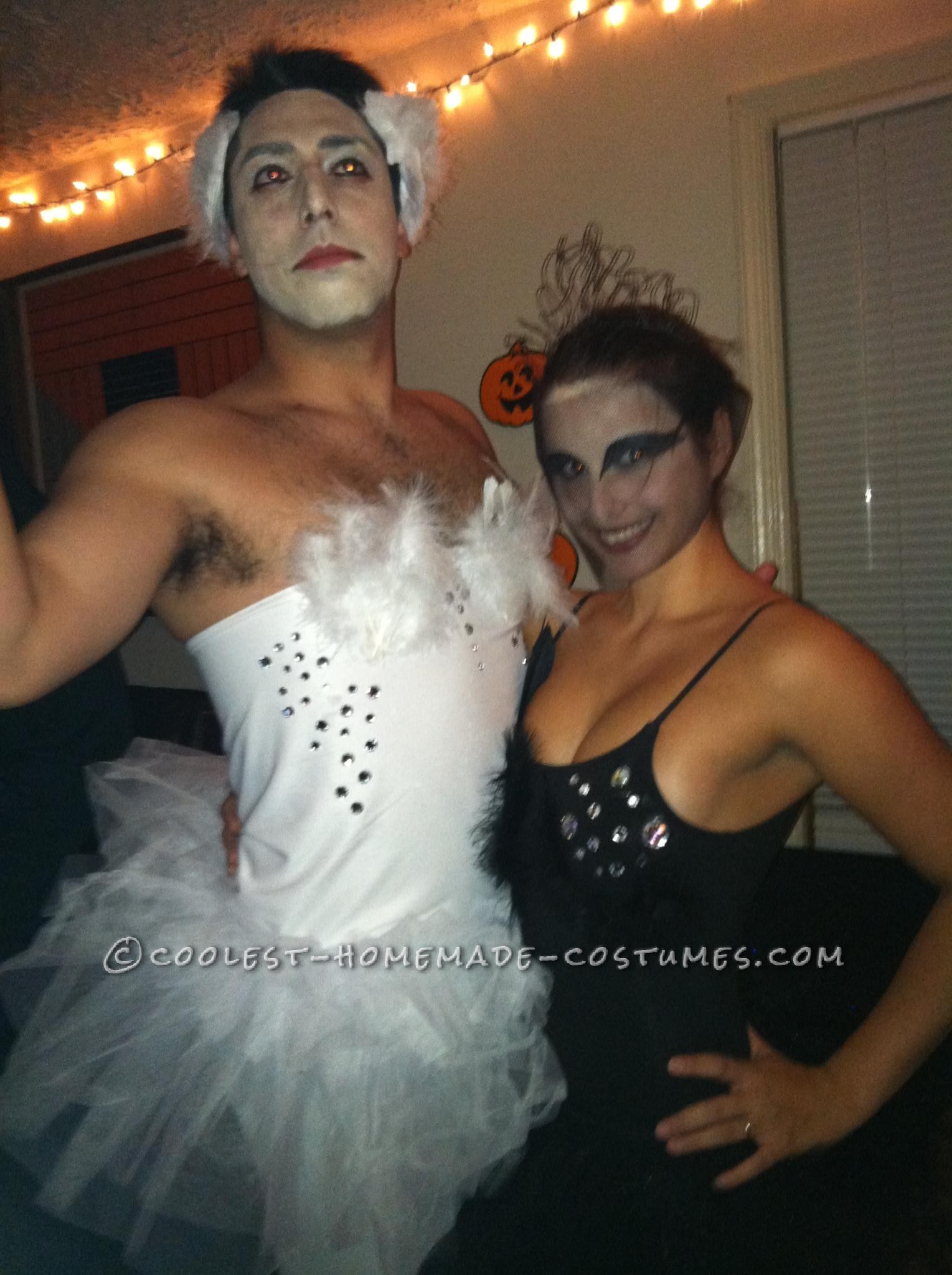 Getting ready for Halloween 2011 I was trying to think up a good costume. I was Boba Fett the year before and that went over pretty well so I needed to up the ante. Black Swan had come out under a year before and I’m constantly told that I look like Natalie Portman so I figured I could pull off that costume. What I had not taken into account was that my husband would try to one-up me.

When I proposed this idea to him he suggested that he pose as the white swan so that we would definitely knock it out of the park. He said he was willing to do whatever it took. So I ordered a tutu for each of us online and some white men’s tights. I already owned a black leotard and tights for myself so I went to a JoAnn craft store and bought rhinestones, feathers…the works. We killed it at my friend’s Halloween party. Everyone wanted pictures with us. I have the most amazing husband ever, especially since he was the one with the idea. The pictures will show my husband and myself, and then a full body shot of me with one of my friends.

This year we will be dressing up as Spice Girls with some of my girlfriends (I’m Posh, he will be Scary) and I hope to post some of those pics on here too. 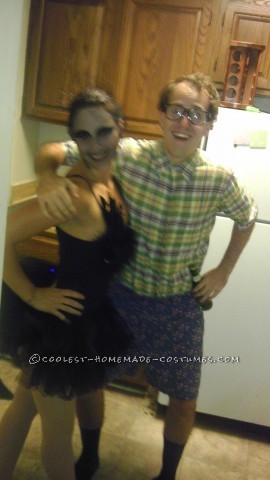