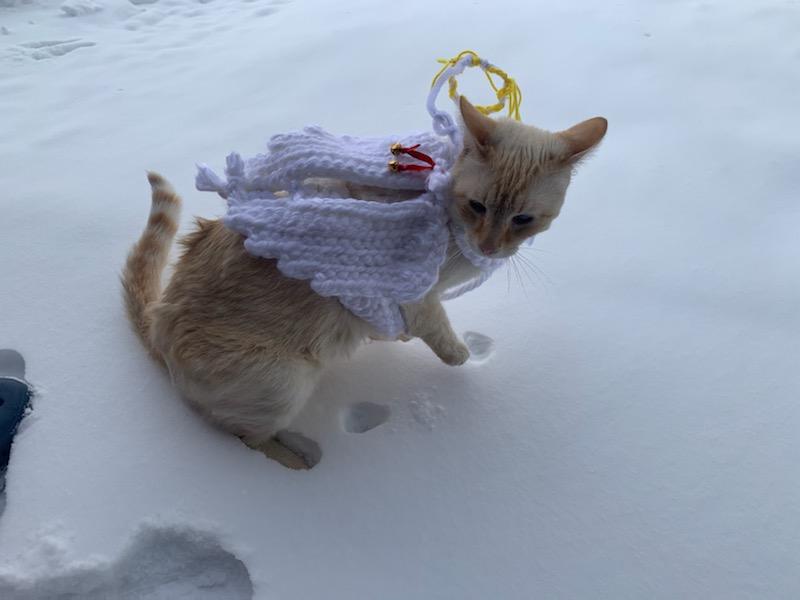 Well my first issue with the hand-crocheted angel cat costume was finding yarn that my cat would immediately try to murder. He’s worn costumes of mine before and absolutely despises a small thin yarn because it gets tangled so easily. So this year I went with a thick chunky white yarn that he actually doesn’t … Read more 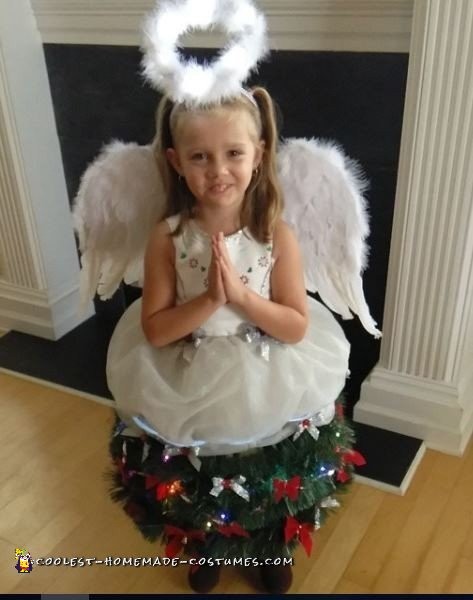 Here’s how I made my Christmas costume – A Tree Angel on a tree! I started with an old flower girl dress that was floor length.  Then, turned up the bottom so the skirt was half the length and hand stitched a few spots.  I took some thin rope light and hand sewed it to … Read more 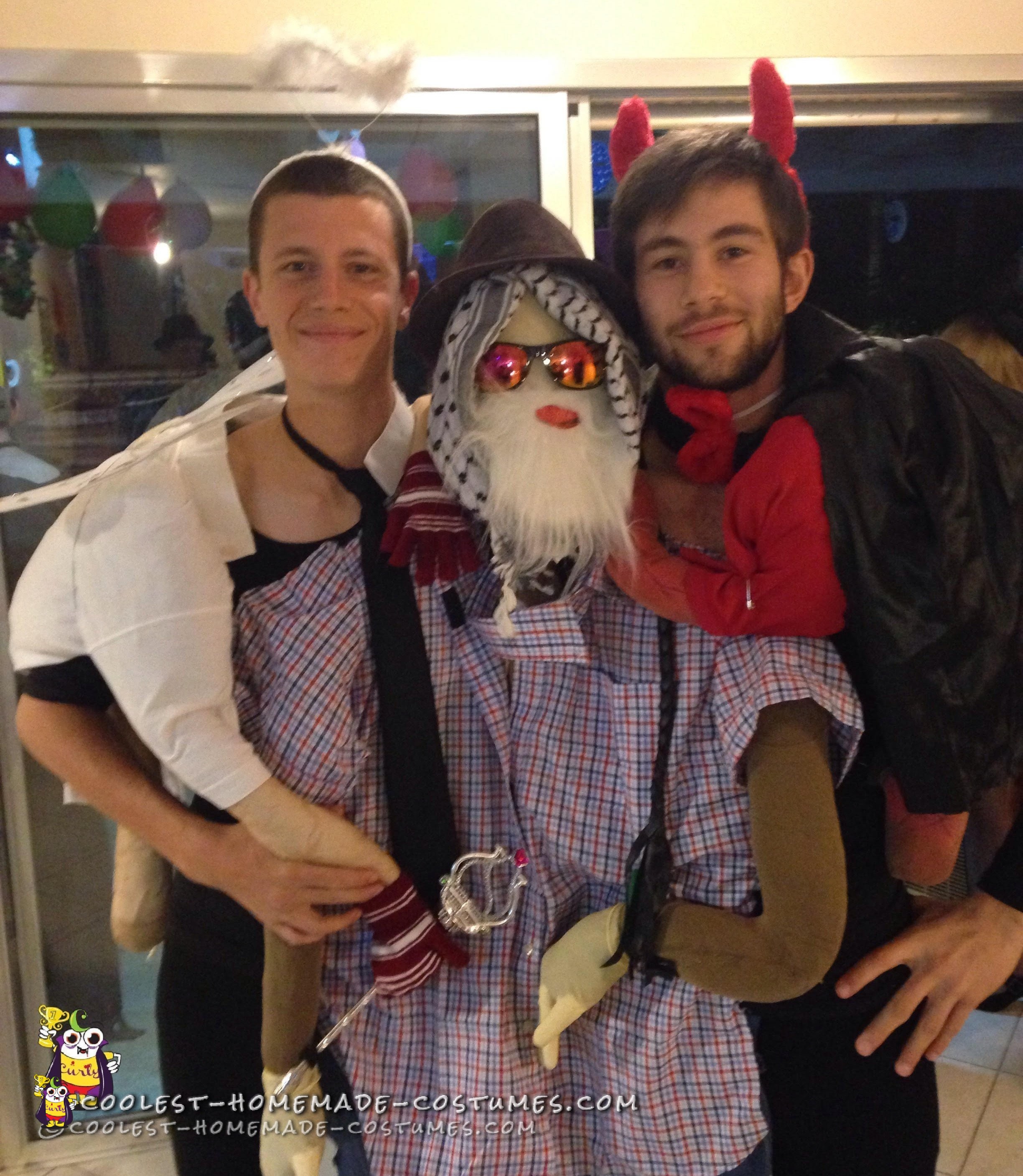 This conscience good vs evil costume is the best couple’s costume idea and was made for a Purim costume party. It took nearly 24 hours to make with a joint effort of 2 people. Obviously, it won the costume competition’s 1st place standing. We’ve never heard of this kind of idea before so our costume is a one of a … Read more 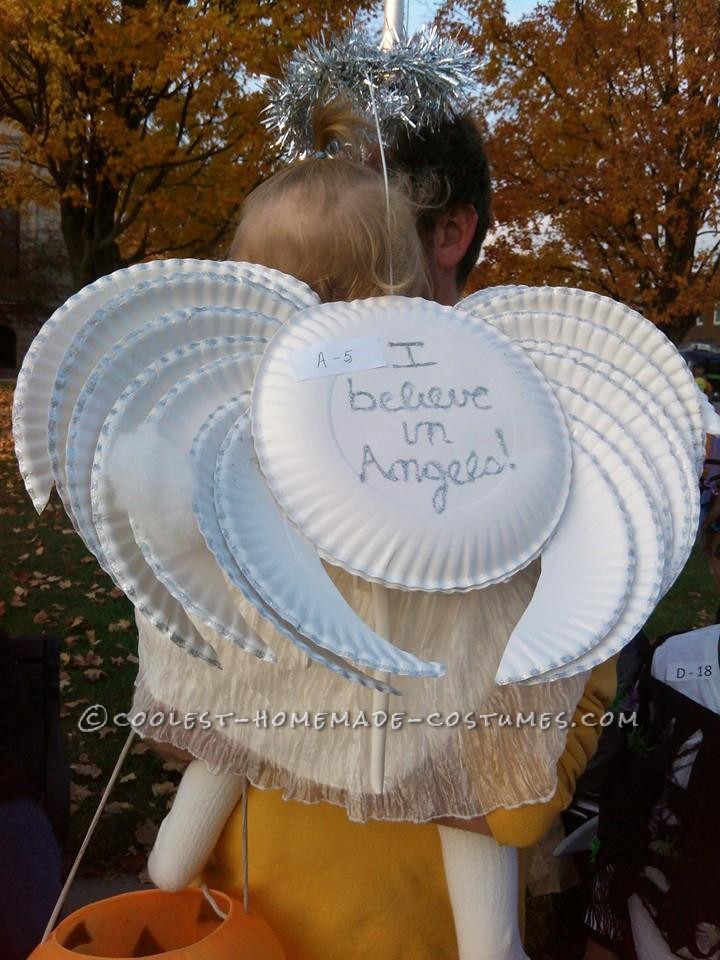 A little background:  It was very difficult to come up with a costume for our 18 month old daughter.  Not only is she very tiny and delayed in her development, but she also has sensory issues.  With all that said, I had to come up with a way to transport her without having to carry … Read more 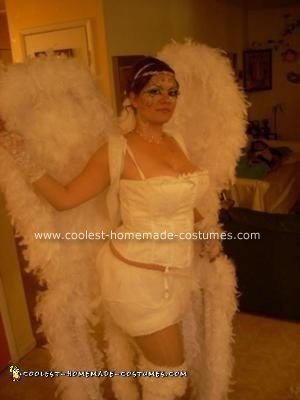 Well it took me about 4 months to create my homemade angel costume, especially the wings. The angel’s wings I made out of a lot of white boas and white lace and white fluffy material from a stuffed bear I had. I bought the thin wire from Michaels, shaped it into the shape of angel … Read more 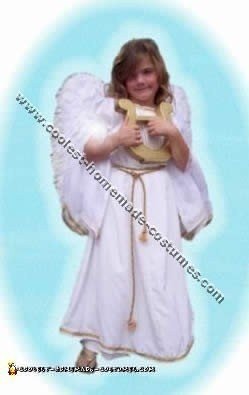 My little girl wanted to be an angel so I tried to make her the most beautiful angel costume that I could. It’s the accessories that make this costume special. Angel Materials: basic angel dress pattern and specified fabric and materials, gold rope, feather wings, gold spray paint, gold craft wire, old metal head-band, block … Read more 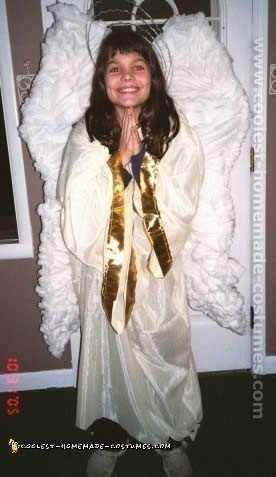 I started with window screen and cut wing shape out in one piece. I used cotton batting with clear fish line to bunch and stitch it on to the screen, both sides. I also turned over with pliers the edges of the screen, rather pokey if you don’t. I used straps from an old backpack … Read more 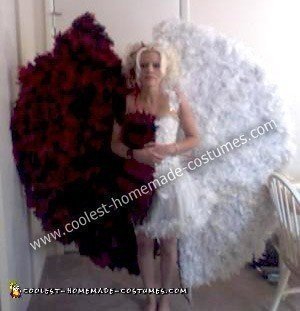 This Homemade Half Devil Half Angel Costume was a very hard costume to make. I sewed on it for days and days, and had to breathe in tons of red and white feathers lol. In the picture, which is not a very good one, but the only one that showed the whole costume decent, I … Read more 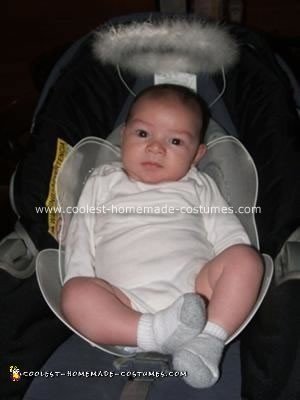 My toddler got invited to a few tot-size Halloween parties, and I couldn’t leave the baby (2 months old) at home. Halloween creeped up on me quickly, though, with a newborn at home and I just couldn’t get out to get him a costume – and there was no real time to sew him a … Read more 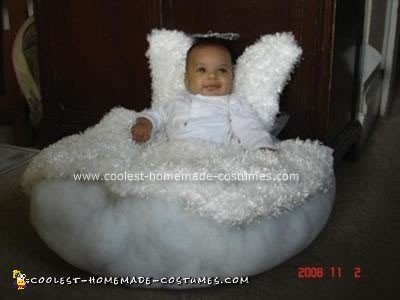 I found a cool baby owl costume on the this site. But I really didn’t have time to make it. So I took the idea and simplified it to make a baby angel costume for my 12 week old son. 1. I purchased 2 yards of nylon tule, 20 oz. of poly-fiber fill, 1/2 yard … Read more 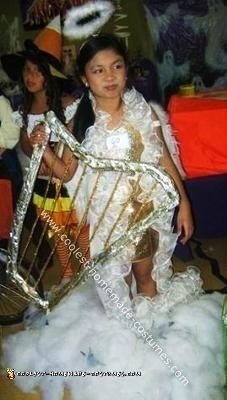 Firstly, for the Angel Halloween costume I bought the Angel accessories; wings, halo, and gold short dress. I made my daughter wear my white dress with ruffles. Secondly,(the cloud)I got an air conditioner box and I cut and flattened it. I crumpled some newspapers and glued them on the flattened box. Then, I glued the … Read more 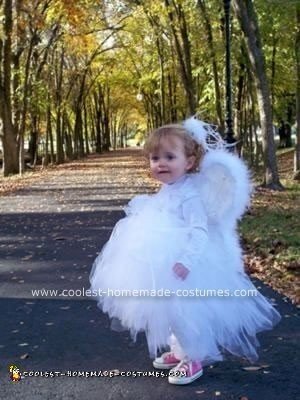 From the moment I held Emy, I always knew she would be my angel. So as this Halloween approached I KNEW exactly what I wanted her to be. I searched out Homemade Angel Costumes in stores and was highly disappointed in the quality and just the overall appearance of what I thought my angel should … Read more