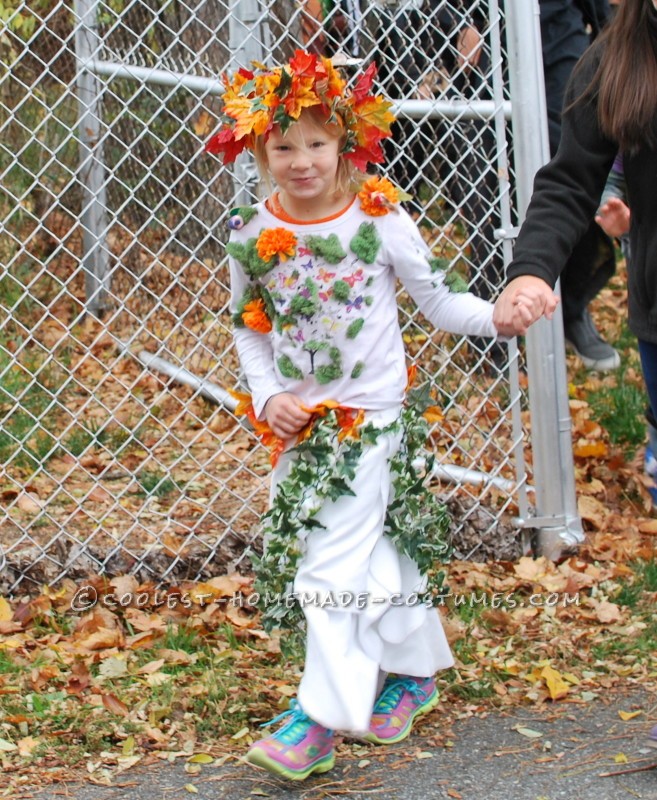 I used the dress I made for my 5 yr old daughter for last Halloween 2013, as Queen Tara from Epic. The skirt was supposed to represent petals from a flower, as it did in the movie. It took quite a bit of trial and error and questimating. It did have a very small train that I bustled up permanently for this years costume.

She went to play dress up at the beginning of October using the skirt, and put a on a shirt with butterflies all over it. We both suddenly thought, you know your could be Mother Earth with that skirt, and she loved the idea. We went to Michaels and bought some leaves and ivy strands and even some real moss a few butterflies and birds.

I sewed the ivy and leaves on the skirt. I had to make sure it flowed with the contour of the skirt, but knew it would not be comfortable to sit on, so had to make sure it was out of her way for sitting. The wrap of the leaves around the waste was a secondary thought, and I think it really made the dress to do that.

Made a crown with the the colorful leaves and some ivy. The butterflies were attached by a wire, so wrapped them on the crown so she would have butterflies flying around her. Thought that is what Mother Earth would have for real. :) I used Elmer’s glue to glue on the moss to her shirt. She had a little bird clipped on the moss on each shoulder. Sewed the colorful butterfly on her back- it was from an old magic wand she had. Sewed a couple flowers on her as well. Final thing was using costume paint, drew a picture of the earth on one cheek and the sun on the other.

She won Best Costume at her schools party and a community center party she went to. I heard from many people on how it was the most beautiful costume they had ever seen. Out of all the costumes I have made over the years, I was very proud of this one- especially since it was simple and very thankful I could re-purpose the skirt that took a LOT of work last year. 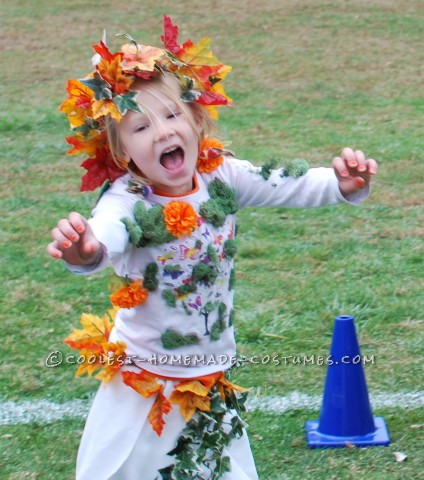 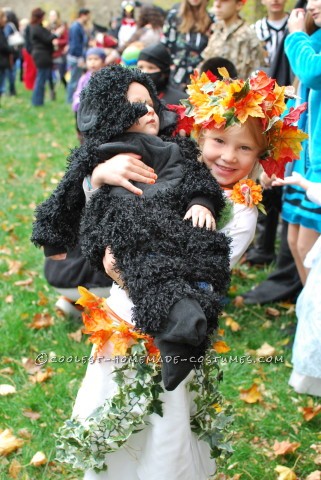 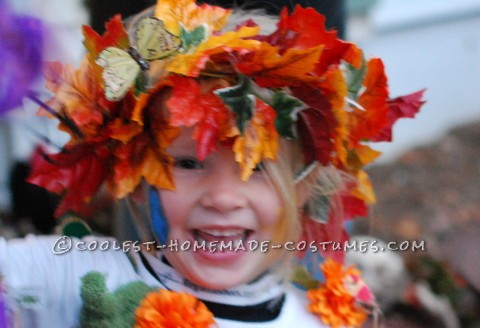 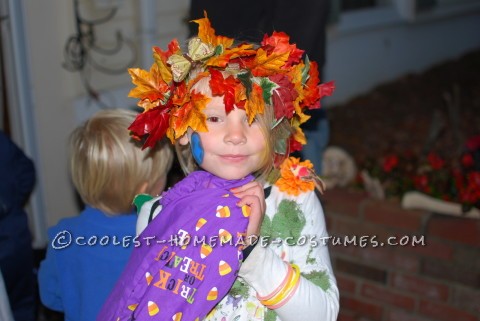 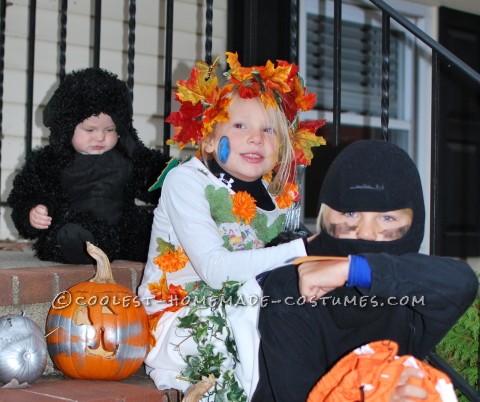