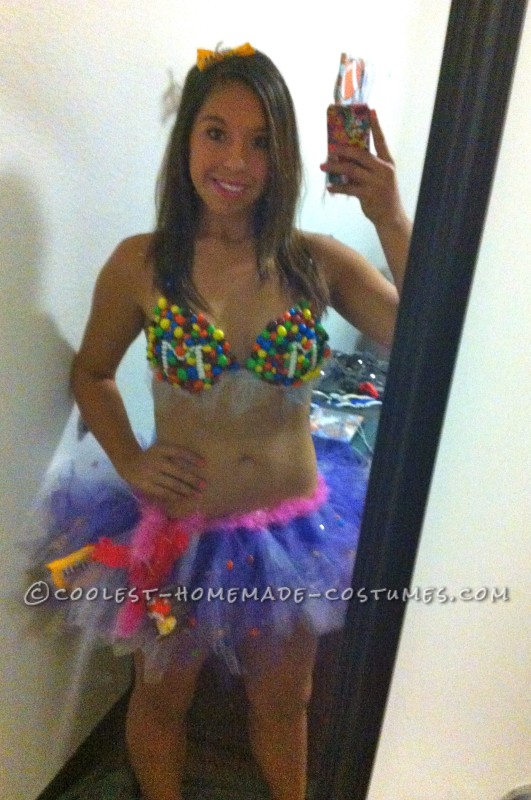 Sweet and all but 5 hours long!… so I had seen an M&M costume but i thought to bring it to the next level on the sexy scale. I went ahead and made a tutu, which wasn’t hard but tedious job. I then started to hot glue M&M’s onto the bra and in them middle of every cup, I made an M with tictacs, and continued on with the M&M’s until fully covered. Then I thought of putting wrappers and M&M’s all around the tutu skirt and this is how it came out!… Oh, last but not least I alot of people liked it, however I is by far the heavist thing so if you’re trying to party hard that’s a big NONO, other than that its cute and creative and let me tell you most pictures I got asked for were to pose as if they were eating the candy of my bra! :) enjoy! 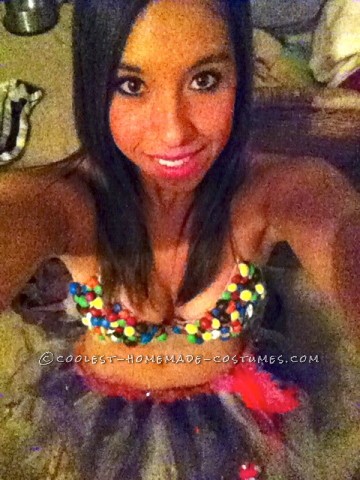 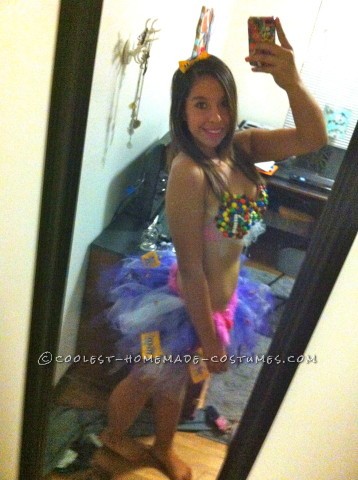