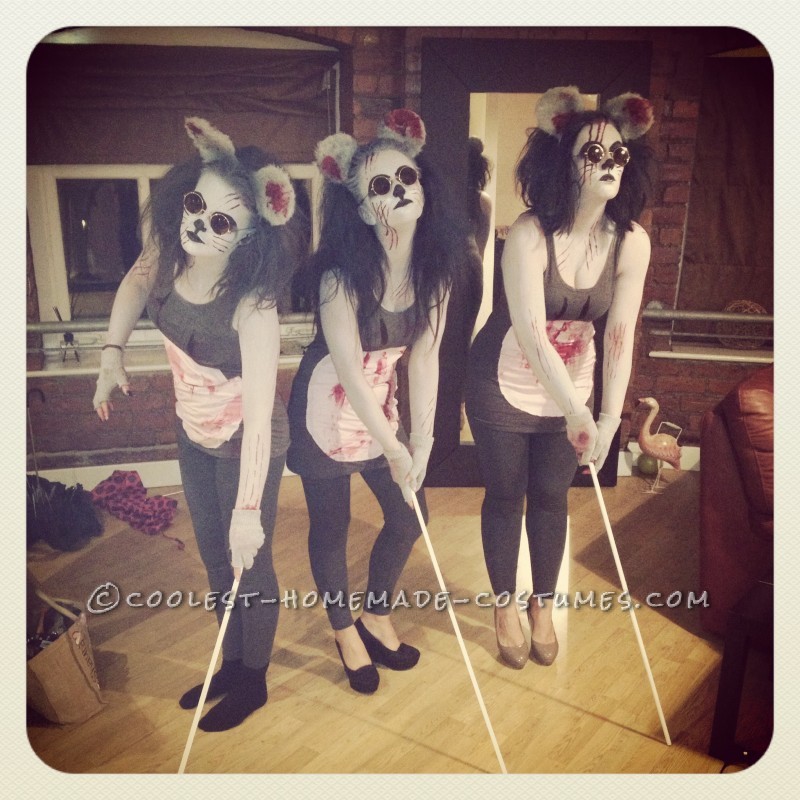 Okay, so we (oh, by ‘we’ i mean 3 best friends from the North East of England) we found out about a really cool Halloween party which would be held in one of Newcastle’s art galleries.
After not a lot of persuasion at all we bought tickets and began to get our brains ticking to chose the perfect Halloween costume. From a dead Miley Cyrus to a pumpkin.. From zombies and blood splattering cretins we came up with something more familiar and something which everyone would recognise.. The 3 blind mice, But we knew this wasn’t going to be any normal cute little nursery rhyme costume, this would be a terrifying costume that would stick in your nightmares for a while!
Weeks of preparation the night finally came, we had ordered grey leggings, grey tops, mouse ears and a mouse tail. We also bought a wooden stick and painted it white, we bought round blacked out glasses and grey matching gloves. I may add all of this came to around 15 pound each mouse. (Very cheap!)
The hard work then began. We sat around a carving table and cut our mice tails and covered them in gory blood, just like it would have been when the farmers wife carved their little tails off. We then proceeded to cut pink material to make mice stomaches to stick on to our grey tops. And covered ourselves in even more blood.
We kindly asked a family member who is awesomely artistic to complete our costume by painting our faces. 3 hours passed and our costume really started to piece together. We were looking super scary.
With half an hour until the party started it was time to pose for the camera practising our scariest pose, a little glass of wine helped us on our tracks! We met with our friends who were also attending the party.
On arrival we had a lot of costume clad fans pointing at us and asking for photos with us. We received comments like, ‘awesome idea’ ‘the three blind mice!! Cool and creative’
The evening went on and we were knocking some crazy mouse moves out on the dance floor and then the music got awfully quiet and man took to the main stage.
‘Ladies and gentleman, dead or alive we would like to thank you for coming along to our spooky party, i’m here tonight to announce the winner of our halloween fancy dress competition!’ To our surprise he then called out ‘The three blind mice!!’ As we looked around it felt like all eyes were on us, most terrifying feeling ever, we carefully made our way to the stage not forgetting to act.. we were awarded with a gruesome cocktail and had our photos took to be announced on their website. It’s sure to say we felt famous for the night!
People couldn’t believe how we managed to turn something so innocent as a children’s nursery rhyme into something as scary as we did. It was a fantastic night and we’re looking forward to next years party!! The 3 little pigs here we come!! 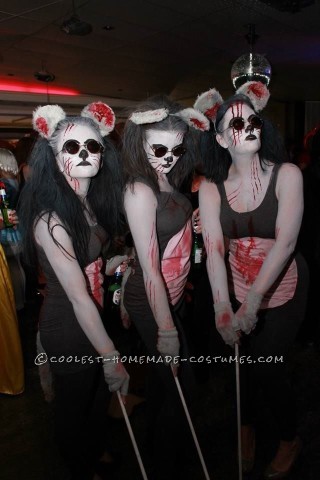 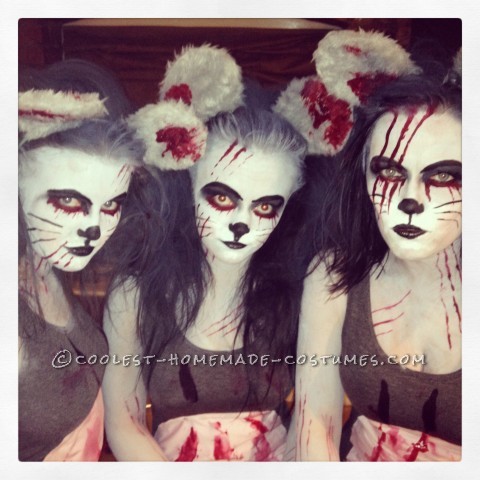 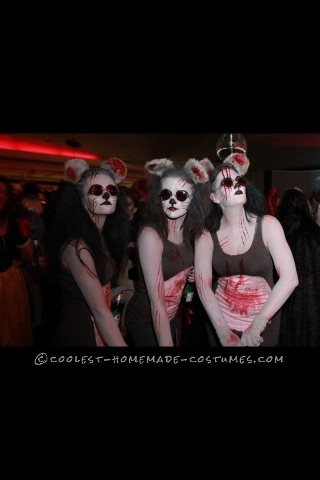 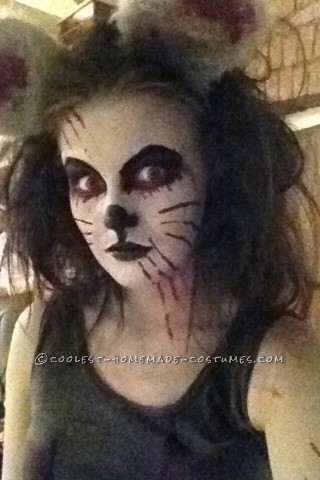 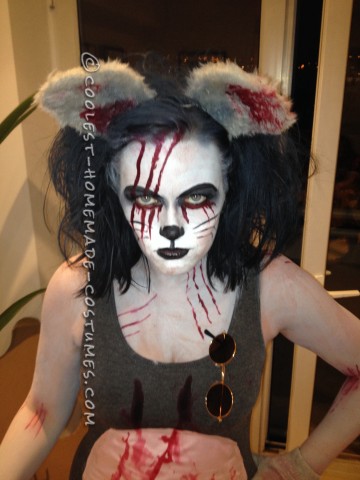 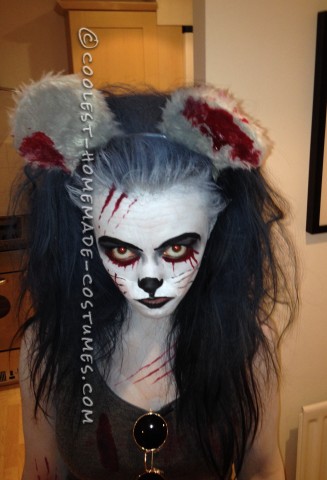