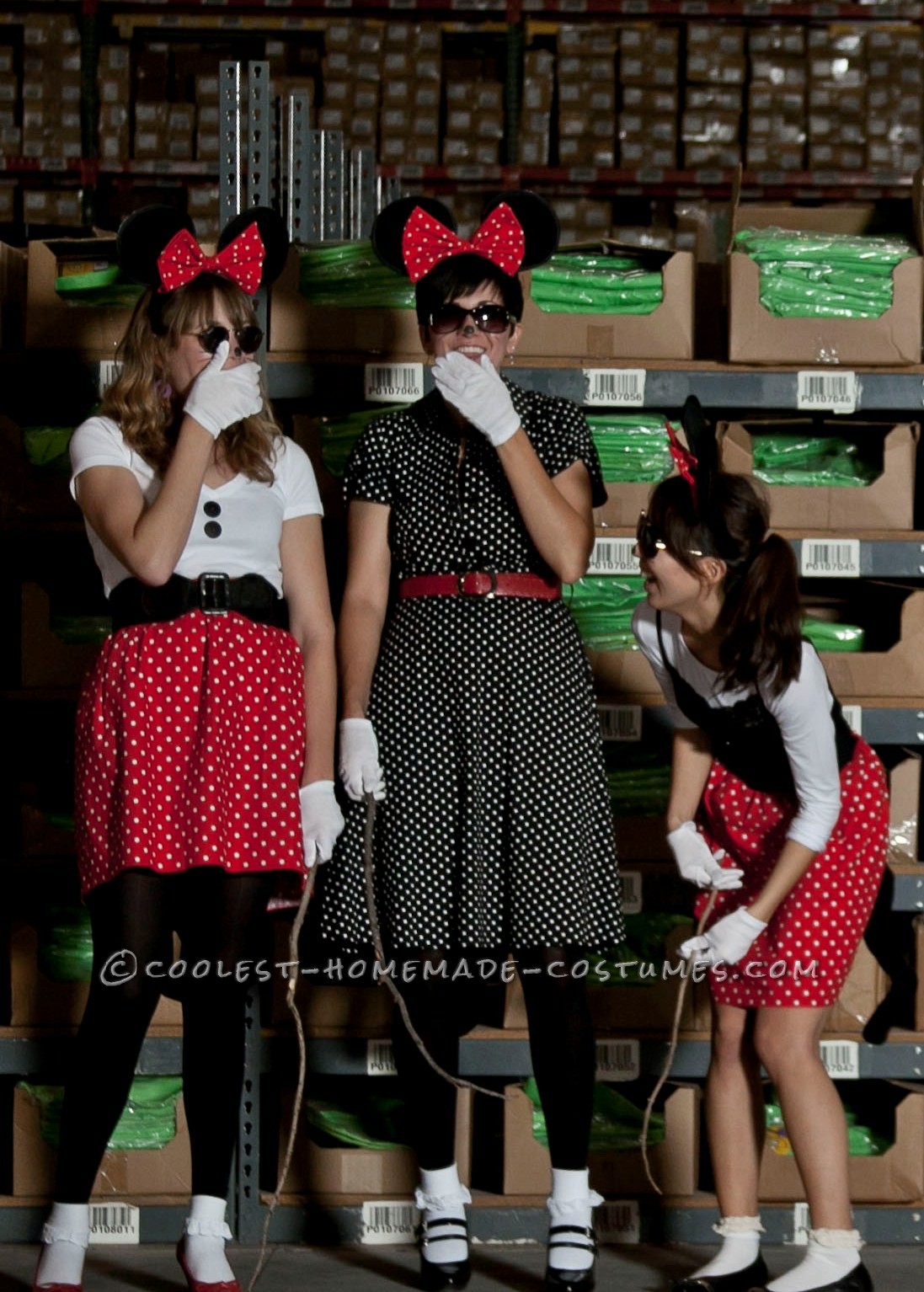 The Three Blind Minnie Mice group costume idea was for a work costume contest. We wanted to come up with something different and somehow thought of doing that. I guess we came up with it collaboratively talking back and forth. We are a strange bunch! We didn’t end up winning, but still it was different!

Making the costumes themselves was quite simple. I already had red and white polka dot fabric and we made the skirts at work. I bought big black buttons and my co-workers bought white shirts. I already owned a black/white polka dot dress. Ears are simple to get at any Halloween store, we just added the bows to them. Then add the makeup, sunglasses, we seriously broke some branches off of a tree outside for our sticks (don’t judge) and I brought some of my daughter’s frilly socks to wear to pull the look together.

There you have it! We acted blind when it was time to get judged, running into things and such. It was great fun!