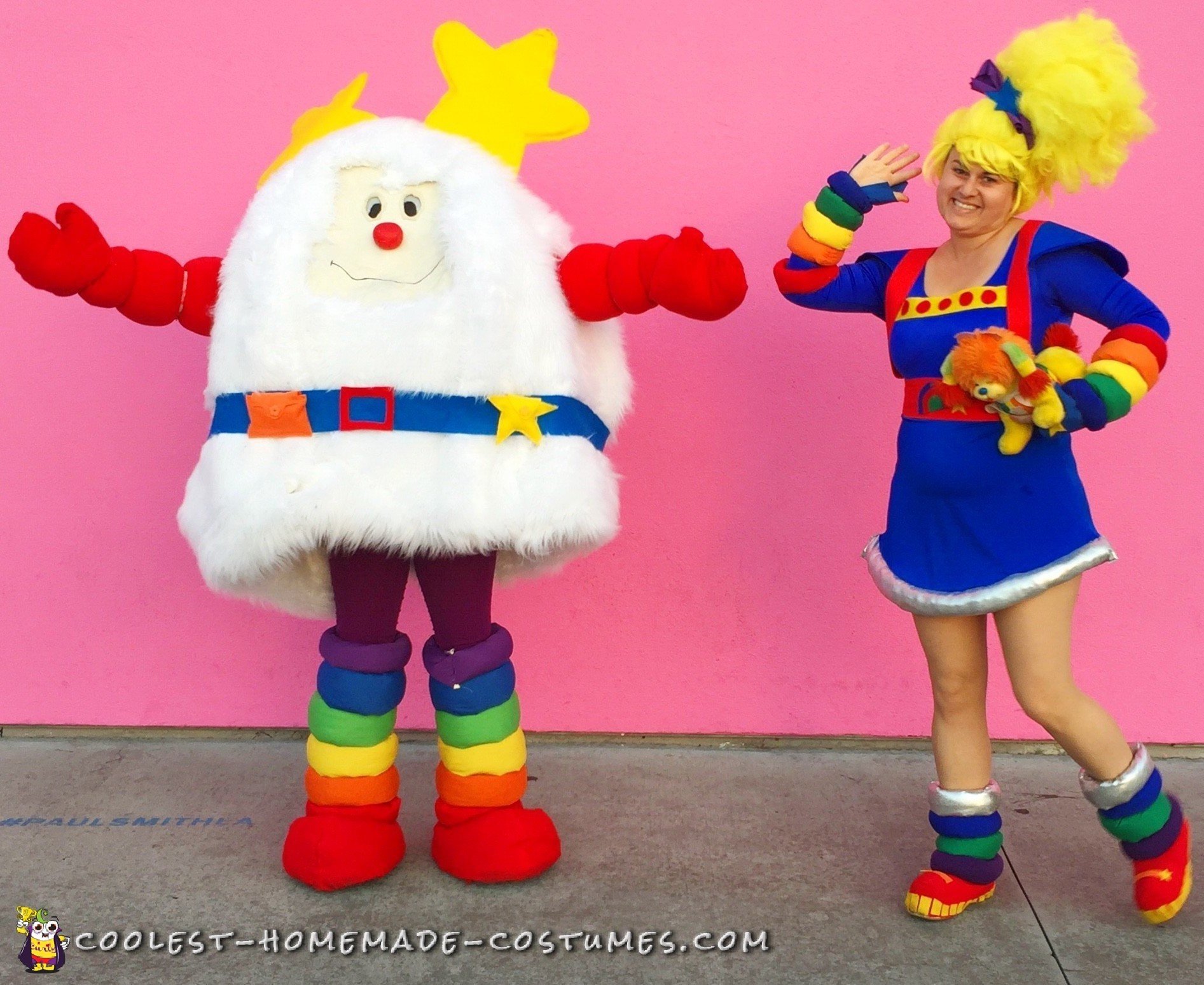 Rainbow Brite was one of my favorite cartoons as a kid. My best friend and I decided to make her and her pet sprite, Twink. So we spent the last month figuring out how to make and making these fun and colorful costumes. Here are some of the details on how we put these bright and colorful Rainbow Brite and Sprite costumes together. It’s always helpful to draw out all the pieces of a homemade costume before diving in.

Rainbow Brite was put together by making a pattern, sewing the dress, and colorful tubes for the boots and arm Everything was handmade except for the leotard worn under the dress. as well as the wig which was styled. Materials used were cotton, felt and spandex fabric.

Twink was a little bit more elaborate because he was almost entirely handmade. Material included foam for the body (which was glued together and covered with fur), fabric for the rainbow tubes on the boots (we coved a pair of old tennis shoes with fabric and stuffing). Also, felt for the utility belt (which was hot glue gunned together). And two red long sleeve t-shirts from a thrift store (these were sewn together and stuff with batting to give the doll look on the arms). The best part of this costume was making the paper mache face, we had to do several layers of paper mache. After some spray paint, felt, and netting for the eyes it was finally ready to be glued to the foam body.

We got a lot of fun attention on Halloween. Mostly from people who also had so much love for these characters when they were kids. We love to make nostalgic and unique costumes. Ultimately the best part of any costume is being able to put a smile on someone’s face. These two characters definitely did just that this Halloween. In conclusion, we loved being Rainbow Brite and Sprite! 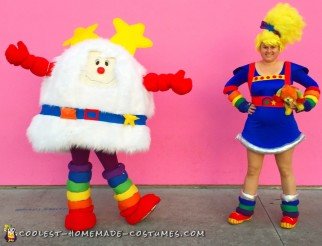 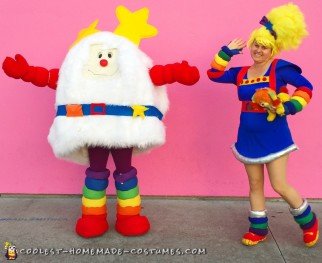