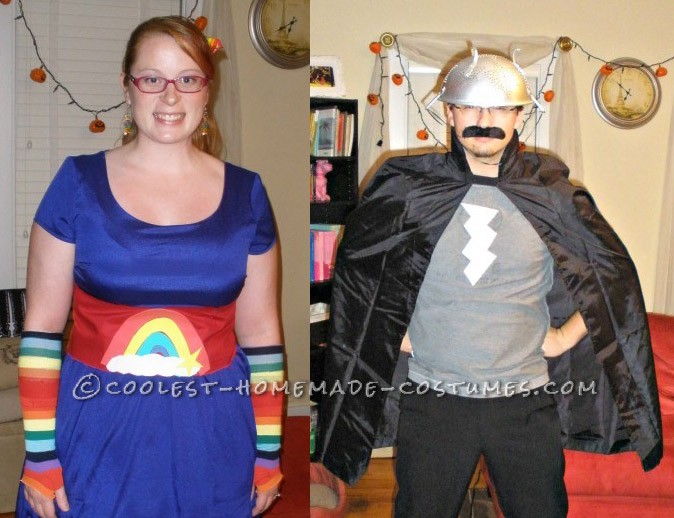 I’m a Rainbow Brite collector — I collect pretty much anything I can get my hands on having to do with this awesome 80’s cartoon. I found some awesome rainbow knee socks on sale at a Halloween store and suddenly knew exactly what I wanted to dress up as for Halloween.

A few years ago I found a pair of old boots at a vintage store that look like space boots–those went perfectly with my idea of dressing as Rainbow Brite! I already have long blonde hair, so I just added a rainbow hair tie and that was all set. The hardest part was finding a dress in the exact shade of royal blue; once that was accomplished I created Rainbow’s color belt by using a wide strip of red fabric and some sticky felt that I cut out in the shape of a rainbow. I added some rainbow arm warmers and voila!

Next up: convincing my husband to dress as Rainbow’s arch nemesis, Murky Dismal. We paired a black cape with a pair of blank dress pants and a gray shirt with a sticky felt lightning bolt. My favorite part was the colander that substituted for Murky’s space helmet.

Most people immediately recognized my costume but sometimes it took a little prompting for them to remember Murky Dismal. Thankfully, my adoring husband practiced the distinctive voice and did quite an impressive impression. “You dodo brain!” 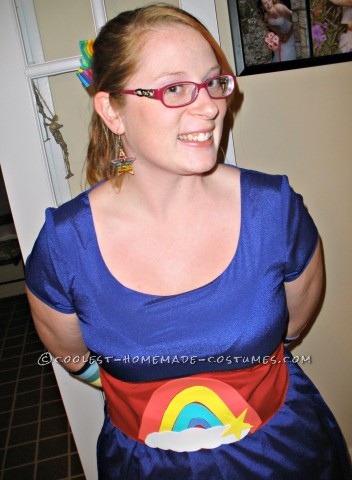 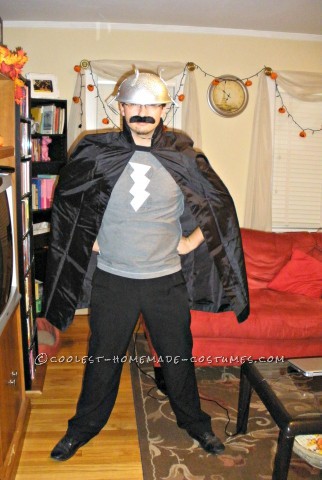 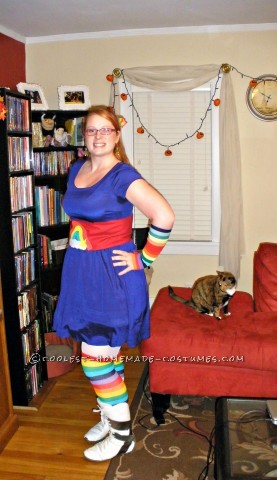 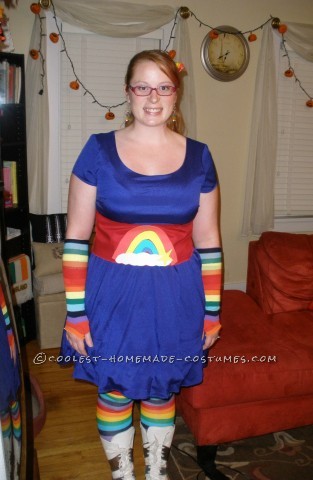 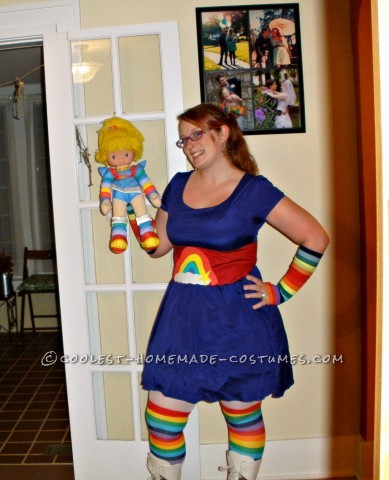