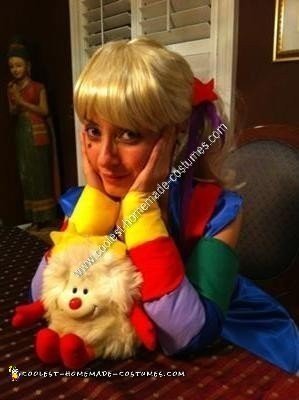 The trouble is that those McCaul patterns, well they don’t exist anymore. Using some pictures of the cartoon from the Internet for reference I printed out the pictures and went off to Fabric Land. I tried my best to find the best matching colours but I think the purple of the arms is kinda off. But all the fabric only cost about $32 that includes quilt stuffing that I used for the arms and boots and a zipper.

I found a free basic dress pattern online and then taught myself how to sew using youtube! Those two put together and I had my first sewing project.

I found out that cutting the fabric seems to be the hardest part, that and figuring out how a sewing machine works.

First I made the arm bands, I cut the fabric, cut the stuffing and then sewed the bands together (think of making a pillow). To make them into a sleeve I ran the ends through the sewing machine and then pulled the sleeve inside out so that you couldn’t see the seams.

Then I made the dress, cut the basic pattern and then worked on making it fit my body. I attached the top part to the skirt and then put in the zipper. Then I added the belt (which is my favorite part! EXACTLY like Rainbow Brite’s colour belt!) and attached the white trim on the bottom.

To make the skirt puff out I bought a crinoline skirt from Liquidation World for $2.22!

The wig I bought on eBay for $9.99 and the purple ribbon from Michaels for under a $1.

It took the better part of October to make this homemade Rainbow Brite Halloween costume but now I’m hooked to sewing and making my own costumes! 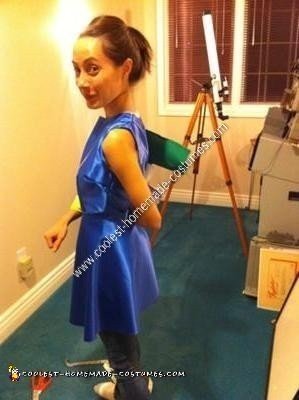 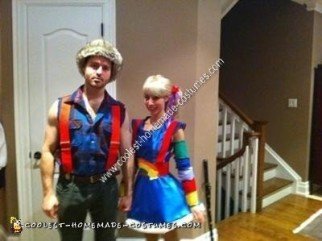 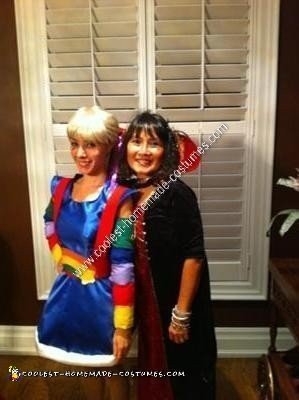