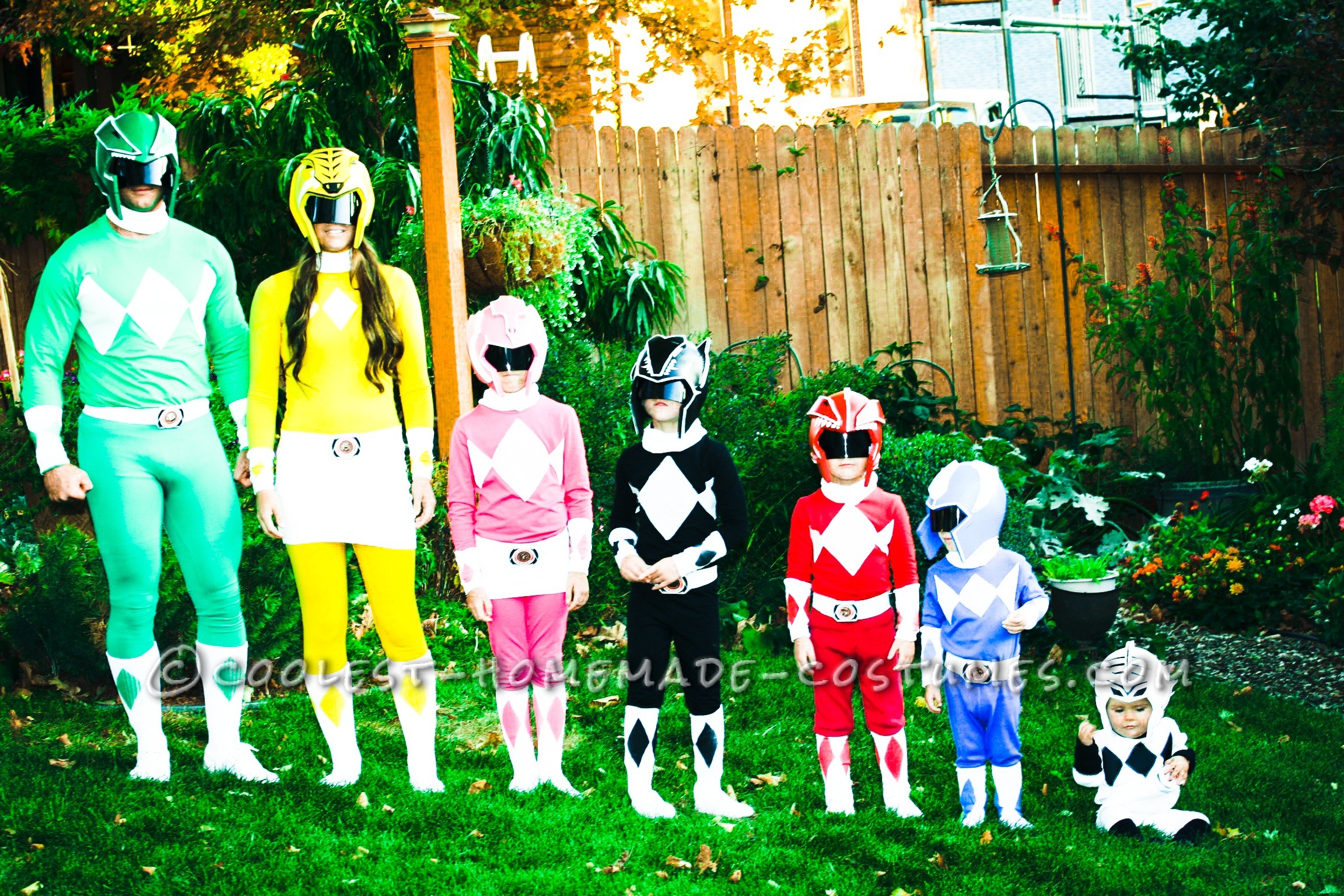 Our four boys are avid power ranger fans. They were pretty bummed when I missed Halloween last year because I was deployed to Afghanistan as an Army aviator. My wife and I knew we wanted to make this Halloween as fun as possible to make up for missed memories. When the boys begged to dress up in Power Rangers costumes, we did not want to let them down.

My wife and I planned to buy their costumes from the store, but one day our oldest son asked if we would dress in Power Rangers costumes too. My wife had a spark of creativity and knew this could be an opportunity to do more than just dress up. She helped me recognize that making Power Rangers costumes together would be bonding time. Which would be just as valuable as walking the neighborhood “Trick or Treating.”

During the month long creative process out in the garage with the boys, I have to admit she was right. Even though I am still not too keen on wearing tights. The boys’ excitement was contagious and seeing their enthusiasm motivated us to keep going. Every day, they would eagerly ask what we would do that day for our costumes and they loved helping spray paint the helmets. I think the little fingerprints they left on the wet paint adds some personality to their ensembles. We did not set about making the costumes to win any contests, we just wanted to do something fun that the boys would love. Now that the project is complete, the boys are proud of their outfits and I want to continue the excitement by letting them know they are in a big contest!

Materials for the Power Rangers Costumes

We wanted to stick with the original “Mighty Morphin Power Rangers” costume design, but we deviated a bit to let each child personalize their helmet.

From the start, we knew the helmets would pose the biggest challenge so I will address that now. We wanted the helmets to be fitted to our children’s heads perfectly. The only way to do that was to make them ourselves. These are the first costumes we have ever made, so we searched the internet for ideas on how to make a helmet. Armed with some “YouTube” know-how, we used an old mannequin head to design a pattern for our helmets. We cut the pattern out of butcher paper and then cut the sections of the helmet out of foam mats purchased from a local hardware store. Then we heated the foam sections with a blow dryer and glued them together with contact cement.

We adjusted the pattern dimensions and made all seven helmets and then started working on the individual power ranger designs. Using scraps of foam for detail work, we spray painted the whole helmet the base color. We made the visors out of plastic that we painted with translucent black spray paint. We cut and shaped the plastic in the oven before painting it. Then I used acrylic paint and markers to add finishing touches to the helmets. After a clear coat of spray paint the helmets were done.

My wife made the morpher belts out of paper, foam, and white engineer tape. We sewed white diamonds onto the shirts and then spray painted diamonds onto white socks we picked up from the dollar store. We made the arm pieces by cutting the bottom off of socks and spray painting diamonds onto them. The neck piece was simply a white t-shirt sleeve. We ended up putting the socks over our children’s shoes to ensure uniformity.

Reactions From the Crowd

The boys absolutely loved the costumes and our two year old would not stop running around the house yelling, “I’m a Power Ranger! A real Power Ranger!” That was my favorite reaction. But when we went to a Halloween party, we also received the following reactions:

“Can I take your picture!? My kids are going to love this, we are doing this next year.”

“That’s all homemade? Even the helmets?! You guys should do this for a living!”

“I don’t care if there is a competition, you guys win!”

And many said, “This is the best costume family I have ever seen in my life! They look professional!

Most kids’ jaws hung open the whole time while the parents asked how we did it so they could do it next year. And most begged for us to post it on Pinterest :)

We have all boys and we needed a pink power ranger to complete the team. We asked my wife’s eight year old sister to join us as the pink ranger and she initially had reservations, fearing she would be teased at school. When her outfit was complete, she proudly stated she would wear her costume to school, and said all of the kids would be jealous!

For another amazing Power Rangers group costume on this site, check this one out! 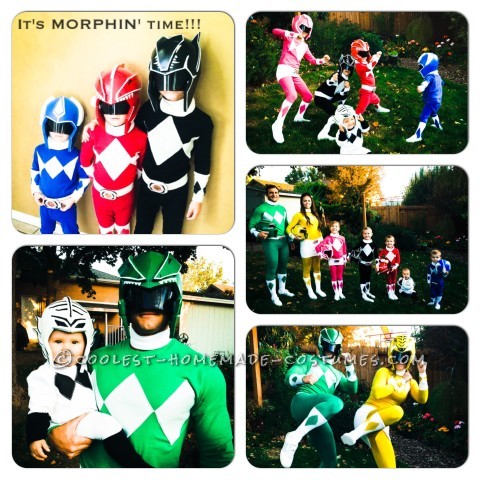 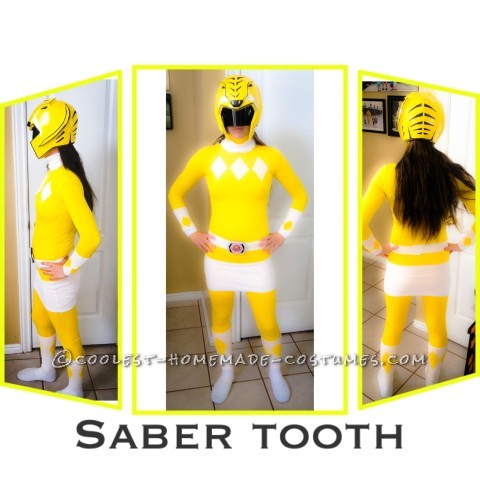 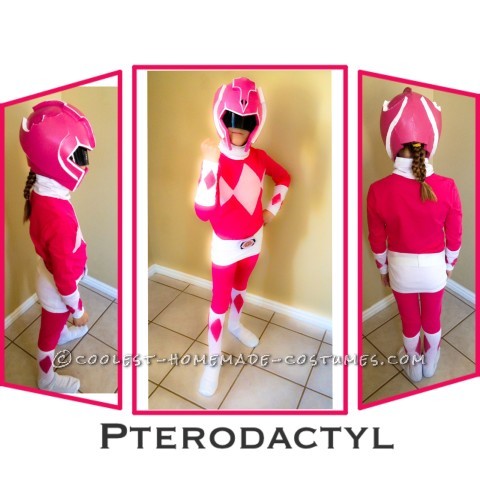 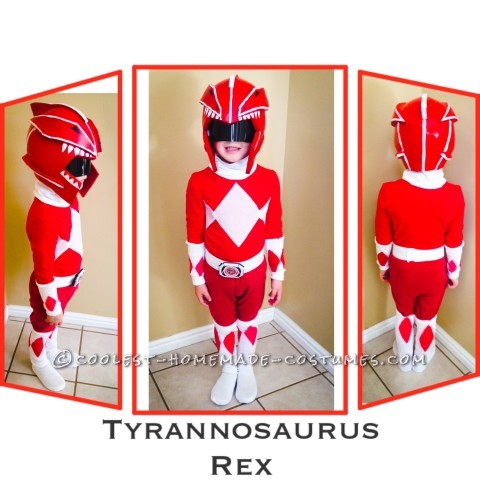 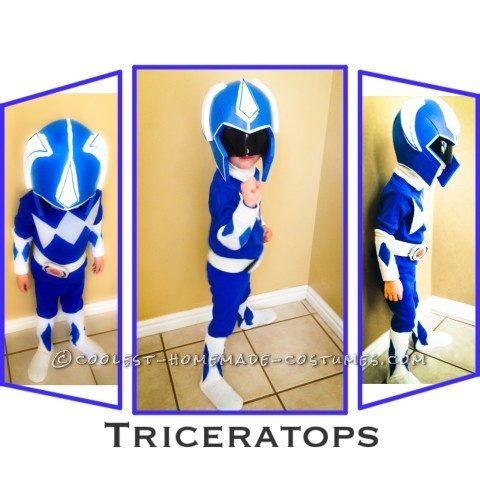 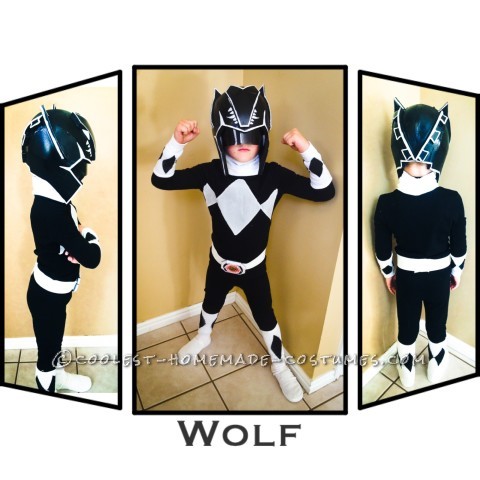 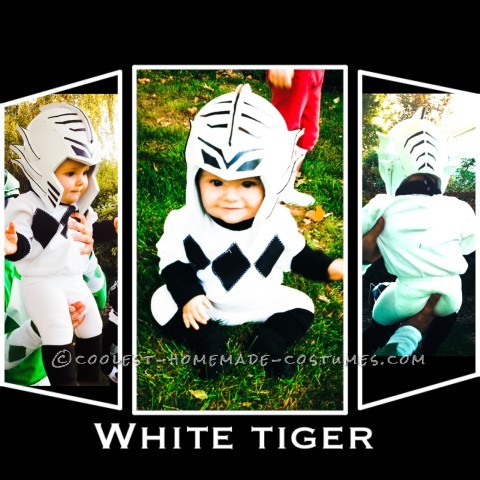 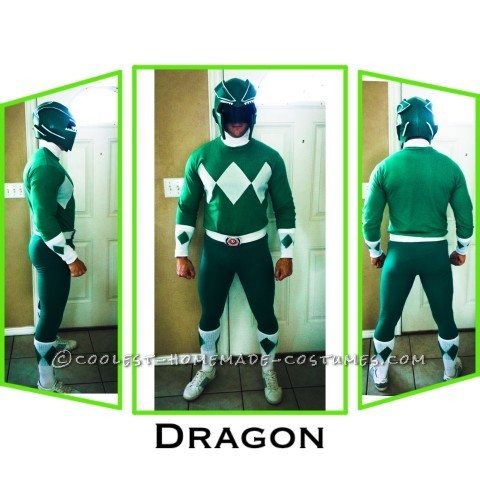 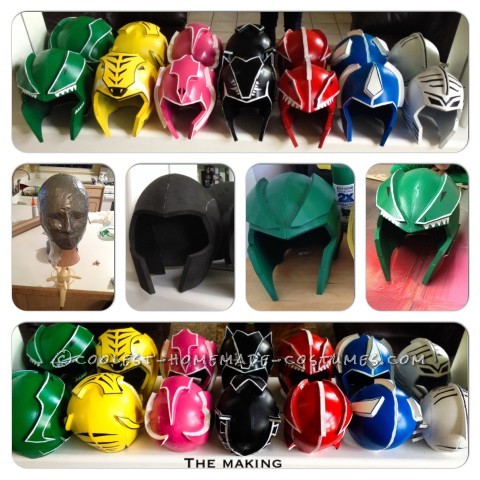