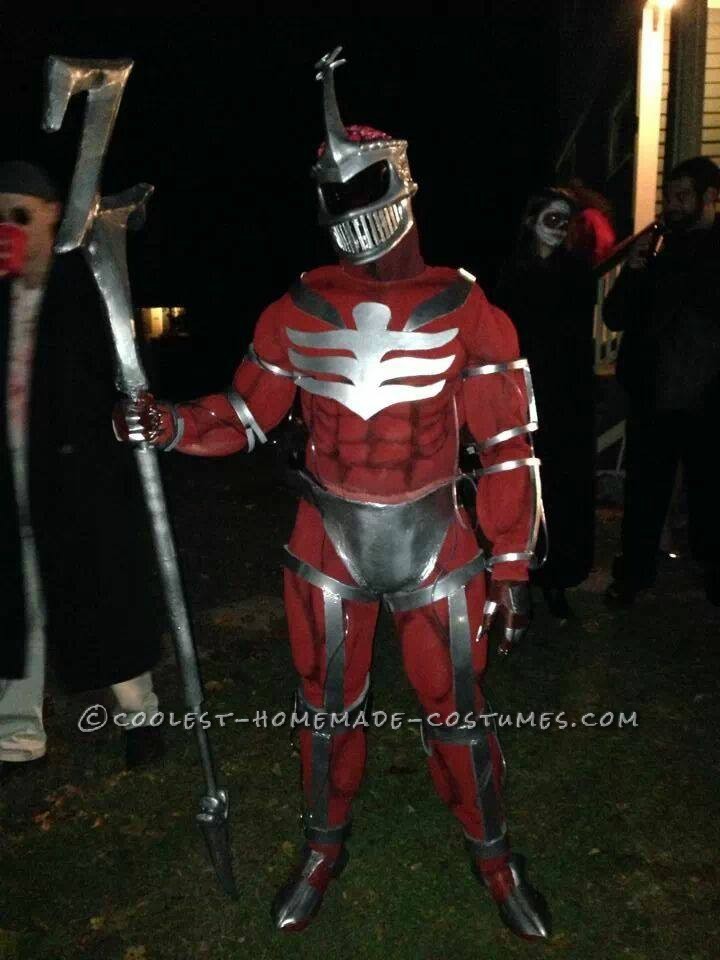 Growing up as a kid I would sit down on the floor with my action figures and watch Mighty Morphin Power Rangers with my brother. Ever since I saw the episode The Mutiny and Lord Zedd came up on screen I was instantly fascinated with the character. I always wanted to be Zedd for Halloween, I would ask Santa for a Z Staff for Christmas. As I grew older I fell in love with the art of special effects make up. After working on numerous films and going to the first annual Rhode Island Comic Con I decided to finally make my dream a reality and I decided to finally create a Lord Zedd costume.

This costume took me about an entire year to create. I wanted to go outside the box and do some more, something that would make people go “wow”. I had my friends at Pazuzu Studios design and construct me a replica Lord Zedd throne where I will sit at the 2013 Rhode Island Comic Con. You can take pictures with me. Once that was complete I decided to tackle the Z-Staff. I carved the Z out of pink insulation foam from Home Depot. I then did a coat of fiber glass followed by a coat of Bondo. This was my first time using Bondo and I ended up putting to much. When I went to sand it, it took forever and left a bunch of divets. So I had to go back and fill those divets to smooth out the surface. Once that was done I painted it.

So now I have a throne and the Z staff I have always wanted since I was 3 years old. Now it is time to create the being himself. I was lucky enough to get a bodysuit from flexdesigncostumes in a trade where I am making them a commercial in exchange for the suit. Once I got the suit I had to find a mannequin to put it on. I searched for weeks to find one at a decent price, it was driving me crazy. I finally hit gold and grabbed two for the price of one. Now I have the mannequins, I put the bodysuit on it and get right to work. The exoskeleton was pretty easy to do. I took EVA foam, cut out the shapes, heated it and formed in to the bodysuit. All the pieces are attached by industrial strength Velcro.

The spine piece is made out of a skeleton beer funnel I found at a Halloween store. The shoes I bought from Walmart and I cut out craft foam and coated it with resin to harden. The gloves I did the same process with the craft foam and super glued them onto the glove.

The mask was probably the biggest problem I had. I had originally sculpted and molded a mask. When I went to cast the mask I ended up dropping the mold and it shattered. I had no time to make another one as I was rushing to finish the bodysuit. I had a friend of mine Darb Designz construct me a new mask. The brain is from a Halloween store which I airbrushed. The cod piece is a thick piece of cloth coated in Bondo. I hand painted the bodysuit and airbrushed to exaggerate the muscles.

Through all the good times and the bad times I had so much fun bringing my childhood dream to life. I can finally say I own a Lord Zedd costume. I had a Halloween Party on Oct. 26th where I debuted the costume and everyone loved it and HAD to get a picture with me. The reaction I got from my friends makes me feel great. I did accomplished something and it came out awesome! Next stop, Rhode Island Comic Con! 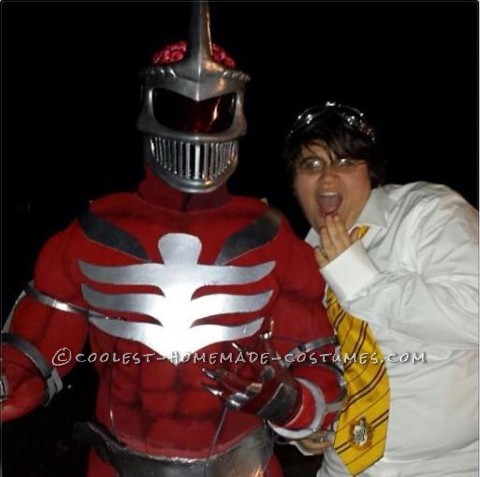 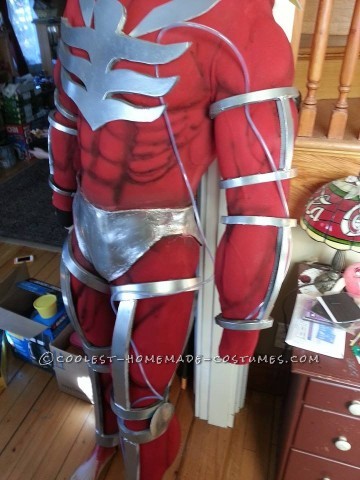 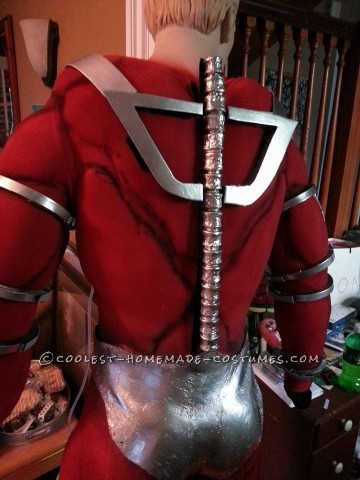 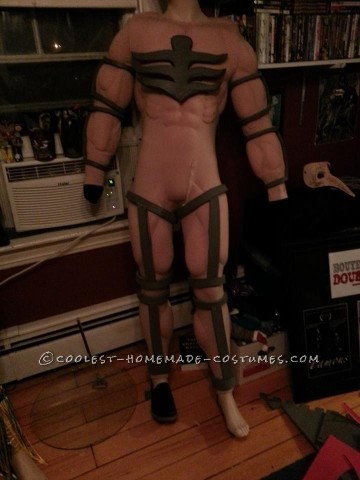 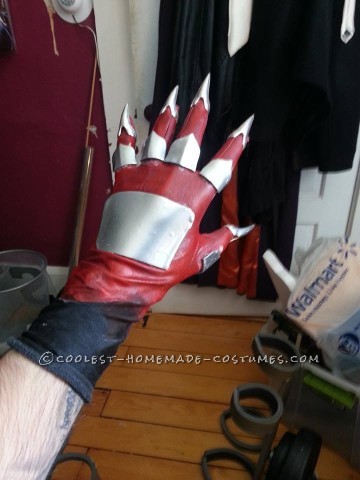 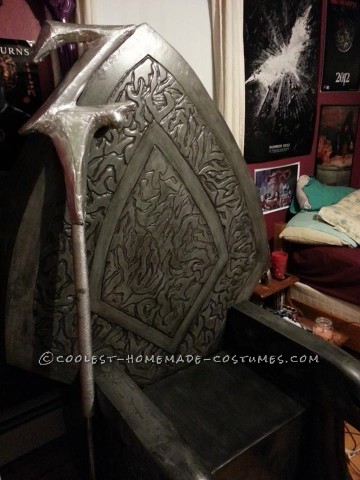 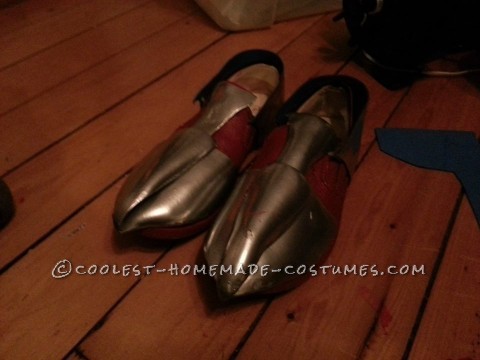 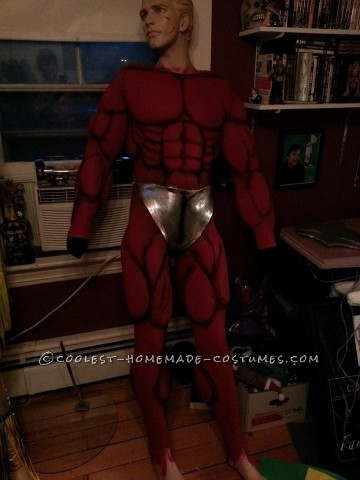 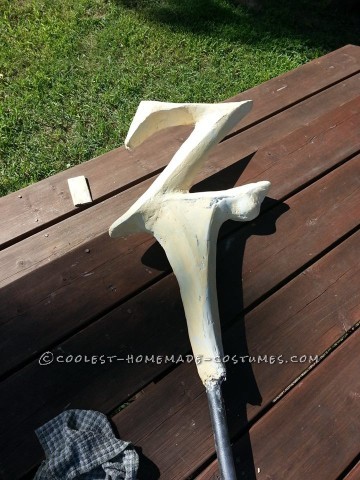