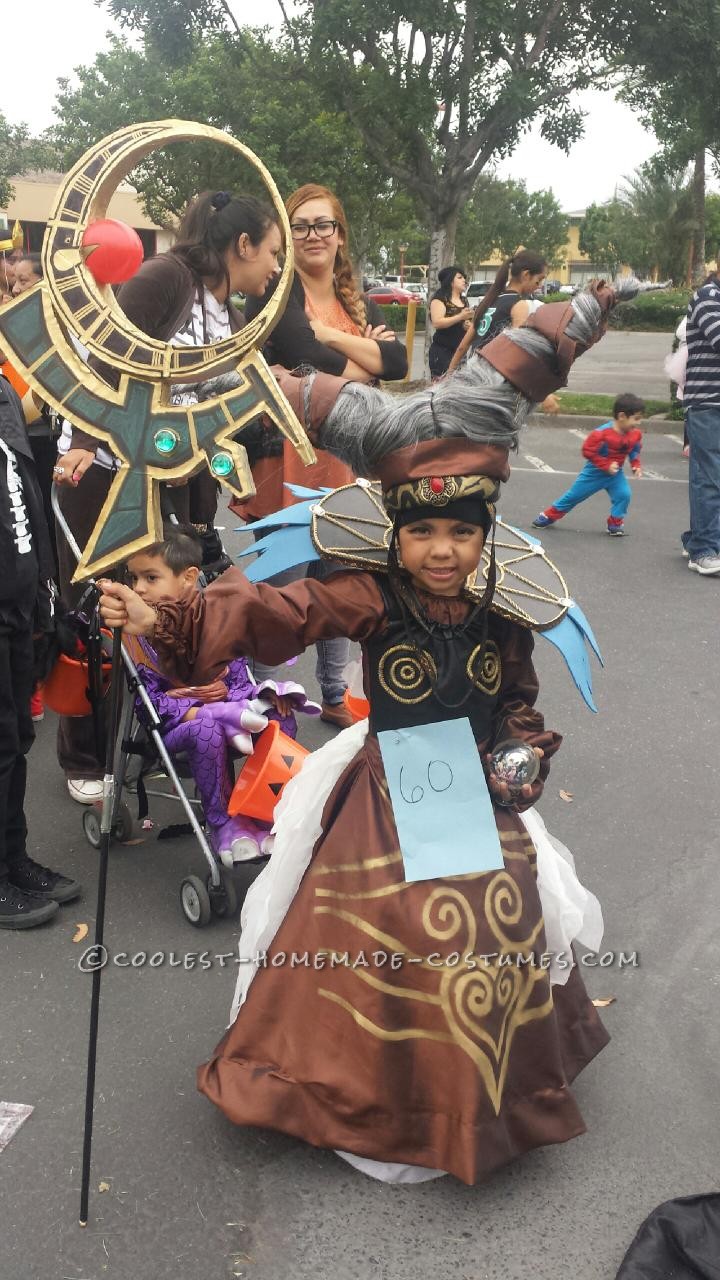 My daughter loves the Power Rangers. She has watched all the seasons of the Mighty Morphin Power Rangers in addition to the movie. She loves to act like she is Rita Repulsa and even knows her lines from the show and the movie. Also, I grew up in the 90’s and loved to watch the Mighty Morphin Power Rangers as well. I was extremely excited when she told me that she liked to watch the power rangers. One day we saw that she was acting like Rita and so we asked her if she would like to be her for Halloween and she said yes very excitedly. I thought she would be the perfect candidate to dress up like Rita Repulsa.

When coming up with this homemade costume, I tried to keep it as cheap as possible. I bought the material for the dress from the flea market. Then I used a gold metallic spray can to spray on the design on the dress using a stencil that I cut out on cardboard. For the leather vest I used an old leather dress I had and sewed in on her dress. Also, I sprayed a shoelace with the gold and glued it on the leather part of he dress.

For the white feathers on the back of her dress, I used a bed skirt I no longer needed and cut it out to resemble feathers. For her neck piece, I used poster foam board from the 99 cent store, cut out the shape and glued on gold ribbon to add to the design. I also got blue foam papers and cut out feather like shapes and glued them to the black foam.

For the headpiece, I made a base out of foam to fit her head and glued on two horns I made out of tape and wire. I wrapped these horns with a long gray/white wig and added the same material from the dress to the horns. I found a necklace containing that red jewel and glued it to the base of the head piece. I also glued on strips of ribbon to the head piece.

For the wand I used another sheet of poster board and cut out the shape of the wand, added a red ball from my nieces ball pit and wrapped it around with masking tape. I then sprayed it with the gold spray and drew the black design with black Sharpie. I also added two jewels from a bracelet I already had. I finally hot glued it to a stick I had in my garage.

For accessories I used a few of my rings as Rita Repulsa uses a lot of jewelry. I also used the necklace I had taken apart for the headpiece and used it as bracelets for her wrists. Finally, I printed out images of the power rangers and glued them on the the crystal ball she holds in her hand.

I got so many excited reactions to my daughter dressed up as Rita. A lot of people were very shocked to see how I had nailed all the details of her entire costume. I walked in with her in an Auto-zone shop and the guys were so excited, when they saw her they said, “No way is that Rita Repulsa! Crazy! Where did you find that costume?” Also, when we were trick or treating, a lot of people were giving her extra candies for having the best costume they had seen of the night. People everywhere wanted to take pictures with her and of her. Also some people automatically recognized who she was, but couldn’t remember her name, once I told them they would shout it out very excitedly. A lot of people told us we did a great job in coming up with, not only the costume idea, but also by executing every last detail of the costume. 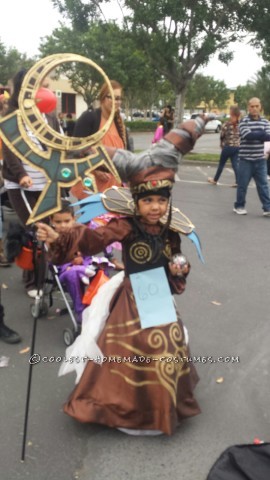 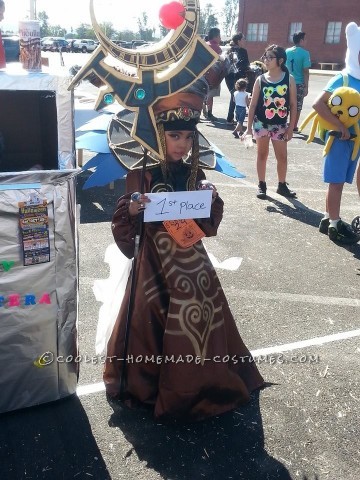 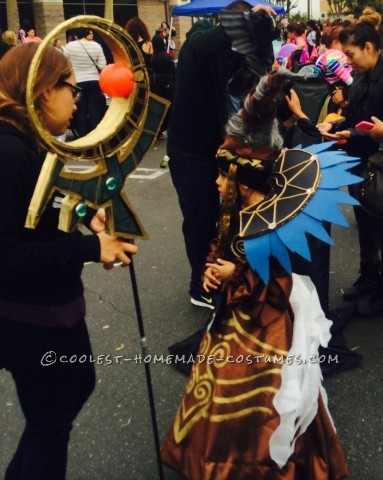 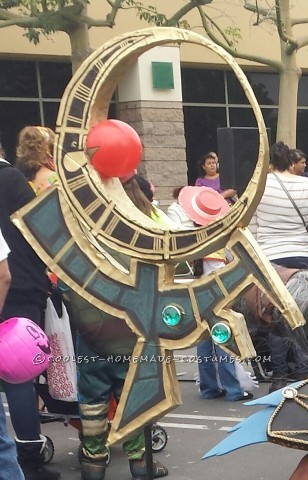 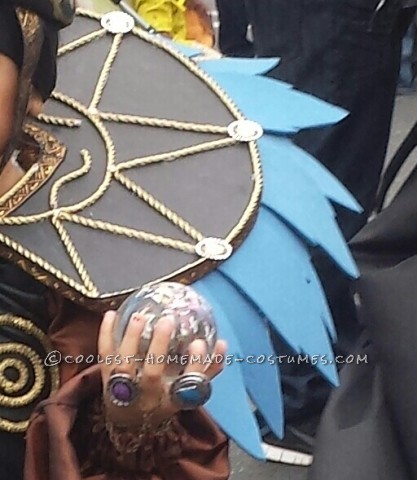