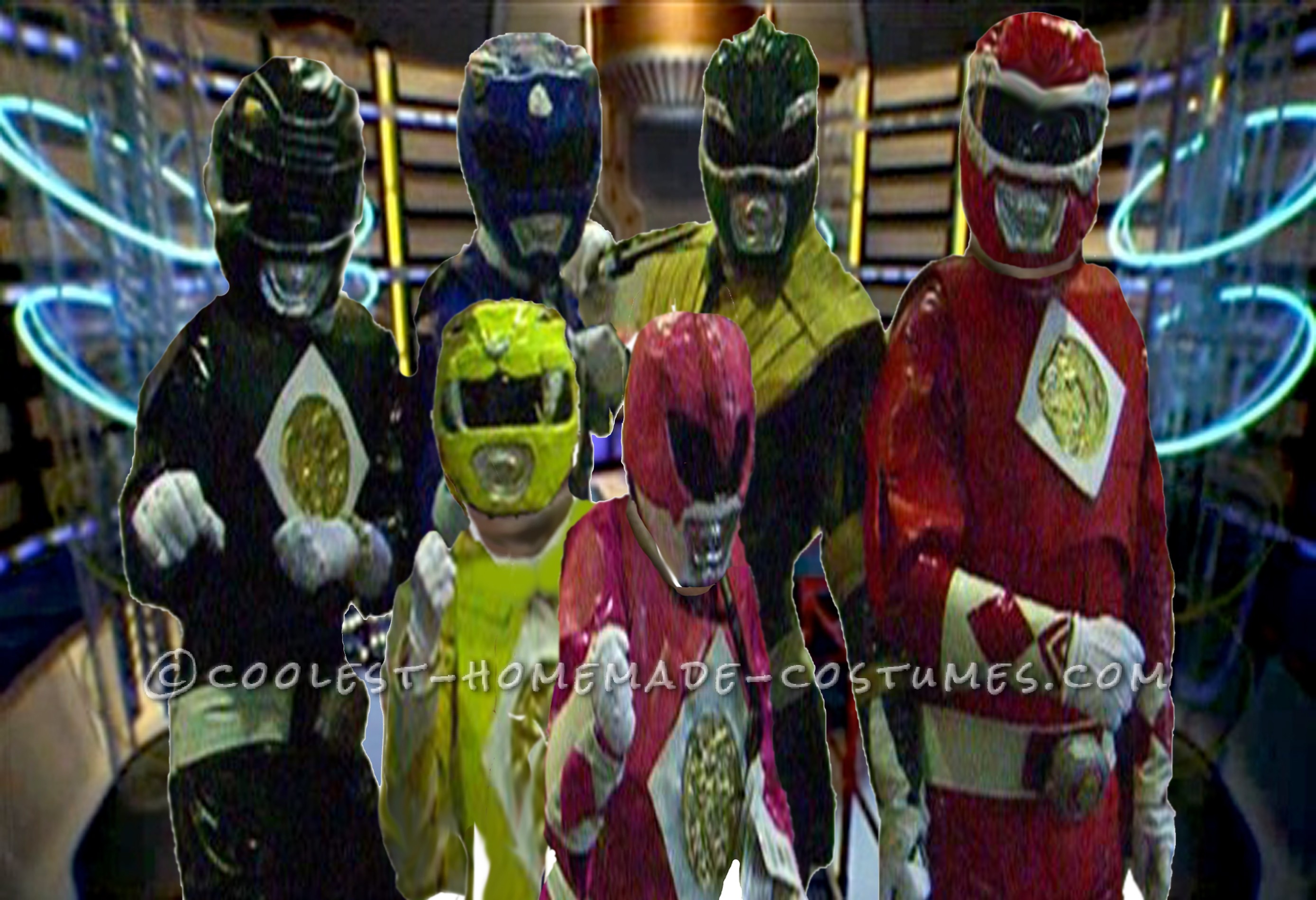 What started as a joke would become one of my most ambitious projects. I remember sitting in my car with my best friend and girl friend. it was about 9:00 and somehow we had gotten on the subject of what costume to make for Anime expo which was coming up in about 6 months. I said Batman which was quickly shot down. My friend said he would run around in Robin panties which prompted a quick laugh. It was then that my girl friend said , “If you guys wanna wear spandex, you might as well go as the power rangers.”

At that moment I was struck with inspiration but I realized that a simple spandex costume was just to boring. If I was going to make a Power Ranger costume I wanted to attempt something killer. I gathered together a small group of friends ( including the friend from before and my girlfriend) and told them my ridiculous plan. I wanted to attempt to make ALL the Rangers suits inspired by the movie. At this my friends began to get up and head for the door. I coaxed them back and I explained that I would be making all the suits myself and that there was nothing they had to worry about. The only catch was that I got to keep the suits. They all agreed accept for my Friend Sergio. He insisted on paying for his suit. That way he could keep a moment of my plummet into madness. That brought a smile to my face.

I began work on the green ranger. While everyone knows that the white ranger was in the movie, the green was always my favorite so I took elements of the red and white and applied them accordingly. I created a green vinyl jumpsuit and forged armor plates from durable foam. I then made the greatest mistake of the process. I applied the armor with HOT GLUE. On the surface the suit looked great. With my skill it only took me a few weeks to get it all together, but the glue held a big problem that I would only find out about later.

I knew that if i was going to pull this off the helmets would have to be convincing. As a child my mother made me Power Ranger costumes with paper helmets. They were great for a 7 year old but I wanted to be as authentic as possible. I began teaching myself the finer points of sculpting and proceeded to sculpt out every helmet frpm the team. They all turned out great until I accidentally knocked over the Pink ranger’s. The sculpt hit the ground and smashed until it resembled something from a Tim Burton Movie. I was angry and distraught but with only a week to go I had to start sculpting again. Not only did I sculpt a brand new helmet, but using the same process I sculpted all the chest coins as well. With the helmets finally sculpted, I covered them in latex and created molds. I then removed the clay and cast working helmets from smoothcast plastic. A bit of sanding and paint and I was in business.

After several months of planning and work, it was time to unveil my project but of course no plan goes off without a hitch. Just before the event I found out that my yellow ranger could not attend. You can imagine my frustration, but thank god a solution presented itself. My Blue ranger had a younger sister who was just dieing to go, so despite the very hot costume, she agreed and the Mighty Morphin Power Ranger were born… That is until we all got stuck in traffic except my Red Ranger (Sergio). By the time the rest of the team arrived at the event, The POWER RANGER PANEL  that we all wanted to attend was over. I was so distraught that I wanted to just run away. I took one step away from the group and suddenly, An armor plate fell off my suit. I instantly realized why. HOT GLUE WONT BOND WITH VINYL ON A MOLECULAR LEVEL. Thinking fast I grabbed my emergency super glue and I re-applied the plates on all our suits. It was rough going especially since ( due to a bomb threat) we were not allowed in the building. All my work had to be done in the hot July sun. After all the effort I was feeling so very slighted. I worked so hard only to miss the panel and for my suits to fall apart until something crazy happened. As if by the grace of God, through the doors of the convention hall came the original actors who played The Power Rangers. They were so impressed with my suits that they escorted my entire teem to there booth where we all got autographs.

I learned a lot about costume forging from this project and I will not make the same mistakes twice. It was hard going… very hard… but I wouldn’t change a thing if I could… except maybe the hot glue. 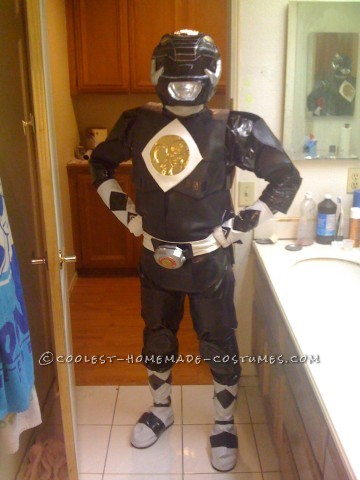 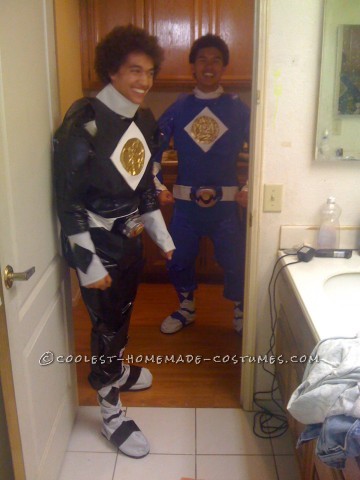 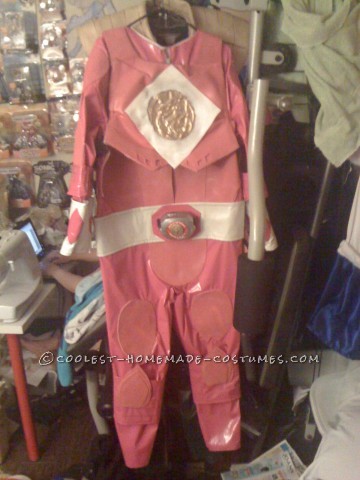 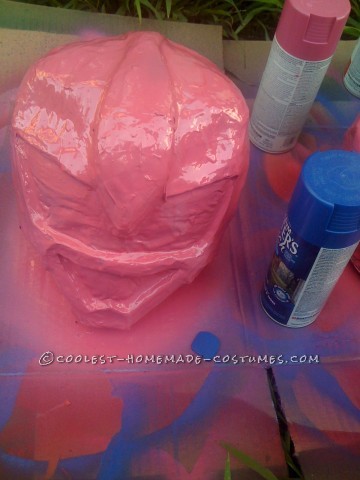 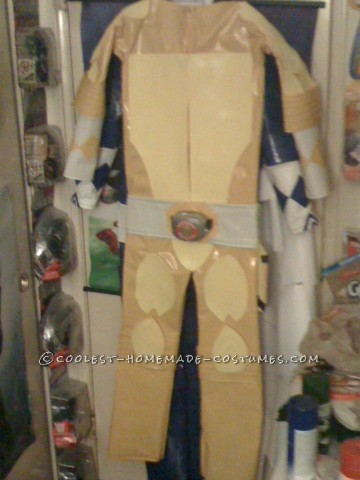 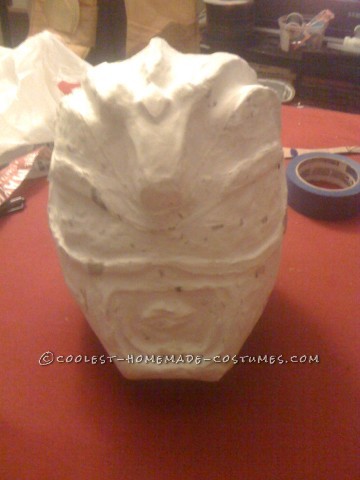 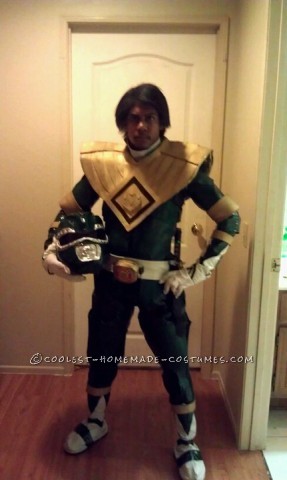 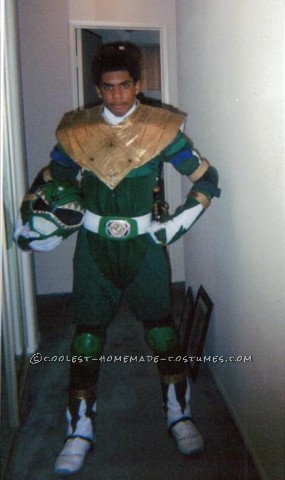 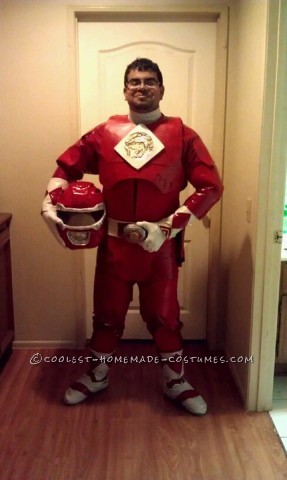