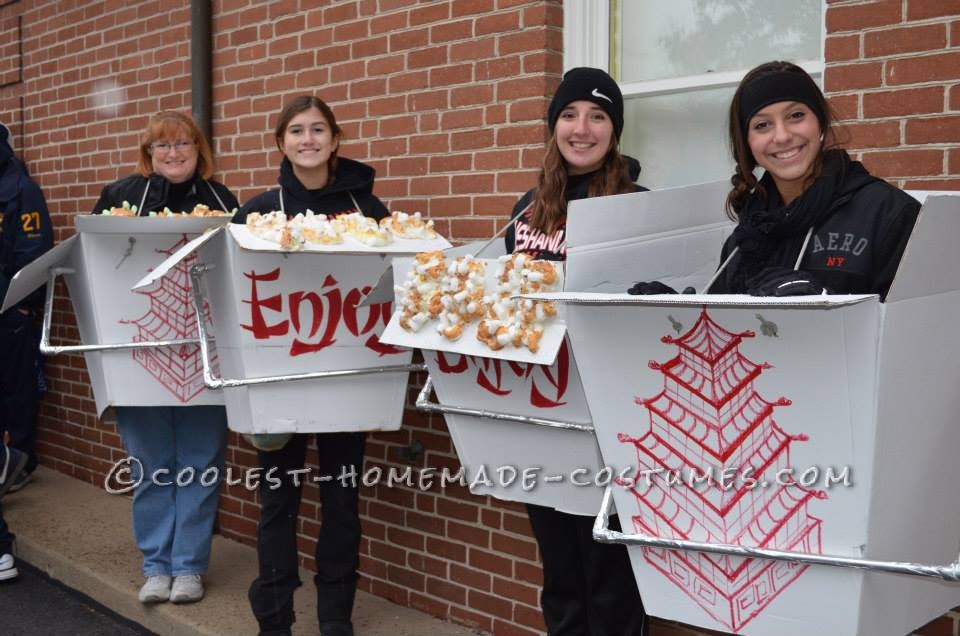 Every year my family dresses up in a group costume for our hometown Halloween parade. Sure it’s fun to win 1st place (We’ve won every year) but it is something we work on as a group and it’s always a good time!! Not to mention everyone looks forward to our costume year after year.

!. We made 7 Chinese take out boxes. Drove all over town to find large (refrigerator size) boxes. Measured them and cut angles to make a tapered authentic chinese box. Do this outside….so much easier! One BIG box should make one chinese box and use box cutters. We found the using one to trace the other pieces of cardboard worked the best then attach all 4 sides to make the box. We used a postal tape that was really sturday to hold everything together. Then we painted them all white, with just a little bit of white on the inside. They dry pretty quick. Next my sister painted a pagoda on one side of the box and the word ENJOY on the other in red paint…there were two blank sides in case we decided the arms were going to be punched out of the box but we didn’t do it that way. Sounds easier than it really was. If you are going to do these costumes start a week or two ahead of time!! also we used clothes line rope as shoulder straps to hold them up and it was actually very comfortable! The costumes didn’t move at all. Almost forgot the most important part!! We sprayed foam insulation on the flaps of the the boxes and threw some packing popcorn on top of that to make it look like rice. But you could do noodles too. We just used what we had laying around. Used measured PVC pipe to make the handle of the box wrapped in plumbling tape.

2. We had 3 dogs in our group costume and they were the Fortune Cookies! All 3 costumes were made out of 1/2 foam. One was had tan fabric sewn around it and the other two were painted with spray paint (takes 2 cans to cover small circles of foam (2 ft across). After they were painted then the easy part….pinch them to look like a cookie and used a combination of hot glue and fishing line to sew the cookie together.

3. To complete our costume we made 3 sauce packets that you would pick up if you were ordering chinese take out. We had a Soy Sauce packet, Hot mustard packet and Duck sauce packet. Went to Joann fabrics to get clear plastic vinyl. I’m not sure what gauge it was but it was the cheapest one, if that helps?? I believe I got about 5 or 6 yards and it made the 3 costumes perfectly! Decide how wide you want the costume and cut in two sheets these will be attached with clear tape at the top. We just used color paper to signify to 3 different kinds of sauces and then used a paint pen to made the design of the packet. I think we should have painted the inside instead of paper but it worked. So use whateer you like.

4. 1 egg roll costume- This was my husbands idea and was made last minute. He had to walk our dog so we needed to have his arms and hands free. Took a long section of foam and took about 4 or 5 yards and glued it to the foam. We wrapped that around him, added some accents to make it look like an egg roll and attached some straps…Voila!

This was actually a really hard costume to make….it took lots of standing around just looking at materials to decided how we wanted to do it but not screw it up. Give yourself plenty of time! Also as an added touch we bought 3 boxes of fortune cookies to hand out during the parade. We were a huge hit and every loved the costumes. The were really comfortable to wear and took quite a beating. So if you have the time, this is an awesome idea! Good Luck! If you need any help don’t hesitate to ask me! 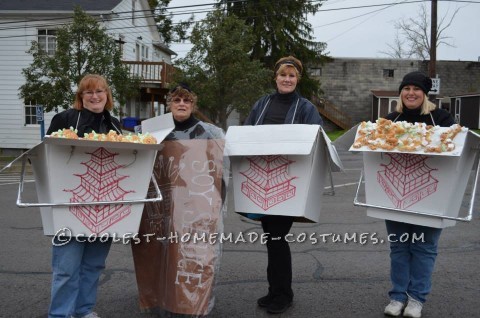 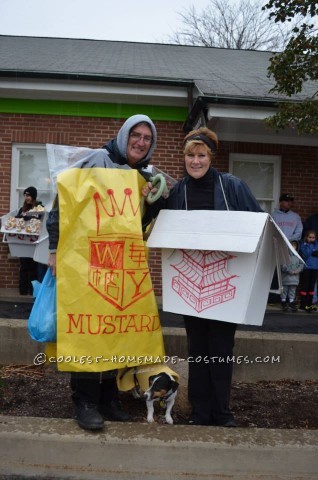 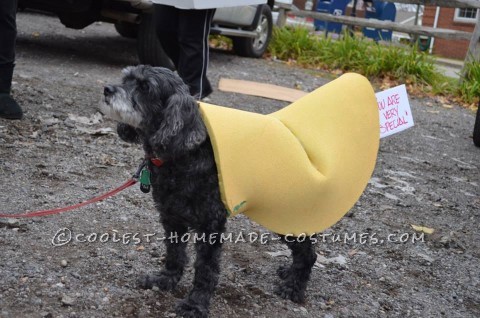 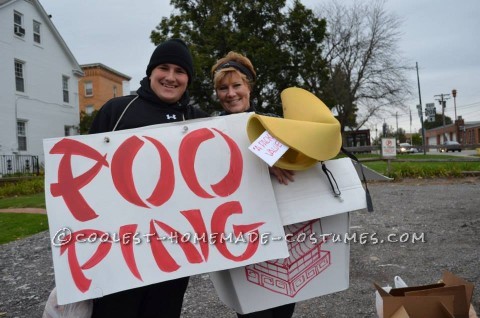 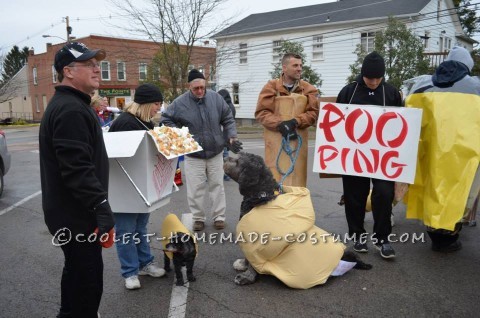 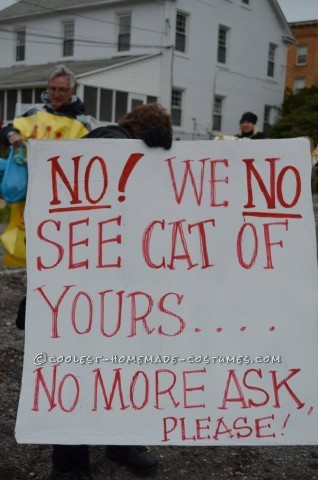 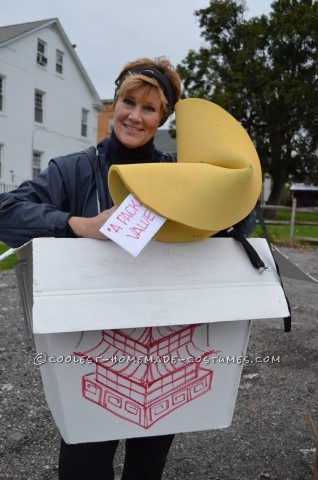 One and Only Steak and Sauce Costumes on the Block