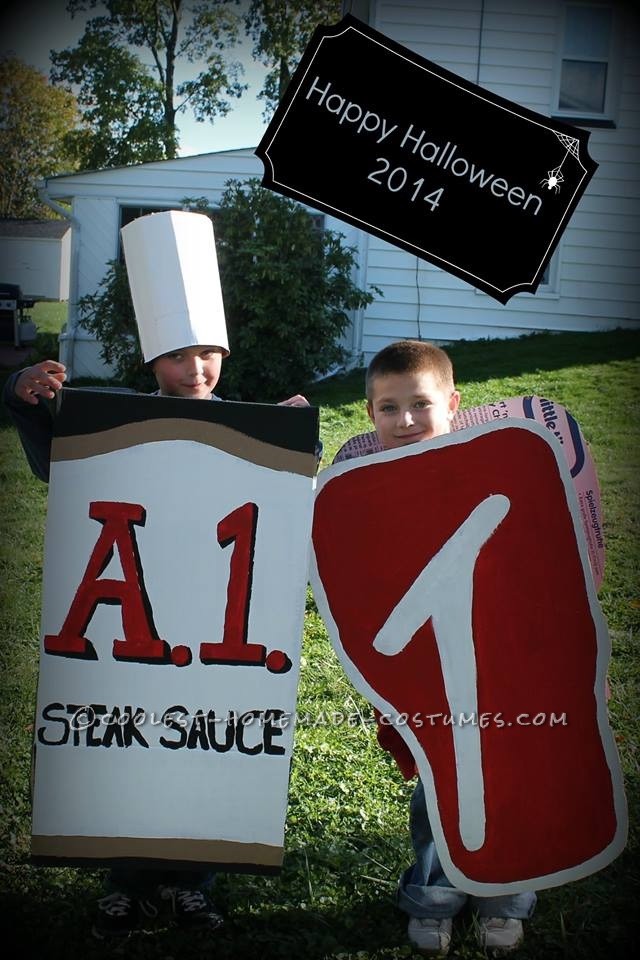 Just a few weeks before Halloween, I asked my sons, who are 6 and 8 years old, “so do you boys know what you want to be for Halloween this year?” Within seconds, my youngest son Jordan excitedly says “I want to be a steak”. I started to giggle and asked “really bud? A steak?” I paused and said “Bubba, that is such a great idea, I will have to make it but that will be so much fun.” He asked if he could help. I said “of course you can.” His older brother Jayden thought it was so cool; he then asked ” mom, can I be a bottle of steak sauce? ”

At that moment, I was the most happiest mother in the world. I turned to him and said “that is an awesome idea, you boys are going to look great and the best part is you guys made this all up on your own”. I was so excited to start my new projects. I called their father to tell him what just happened. He was cracking up and just said “we will make it happen” I was still in shock because it’s so hard to get them to do anything together, and there I was, sitting at the kitchen table with them and they are planning theme costumes for Halloween all by themselves! I could not be more proud. My fiancée and I sat down one night and planned out how and what we needed to make them. He called his friend who just moved and asked him if he had any extra large boxes that he no longer needed, which he did. So, he went and picked them up. He drew up what they were going to look like, I was so excited. He outlined it all, cut the steak out, flipped the one box inside out, and got it all set up for me. I had extra white house paint stored in my laundry room, so I went to Home Depot and grabbed red and black paint, I was ready to start. Jordan was right there, ready to help. They turned out better than I ever thought they could. I was so proud of our family in general. This was the first time we ever all worked so hard together as a family and we all had so much fun doing it. None of us will ever forget Halloween of 2014. Everyone loved them.

We had people stopping and taking pictures on their phones, we were walking up and people were yelling “oh my god, here’s the steak and A1 sauce the others were talking about”. There were so many compliments from everyone all night. It was the most amazing Halloween ever. Making it happen as a family made it mean so much more. I couldn’t stop bragging about how they were the ones who thought of it and my hubby and I made them. We all were so proud of their costumes and wanted to show them off to whoever would like to see them. That is why I am entering them in your contest. Not only was this such a unique and original idea, but it was an idea from two young children. Our hearts, souls, and love went into their costumes and we all hope you love them as much as we do. Thank you for your time in reading our 2014 Halloween story. 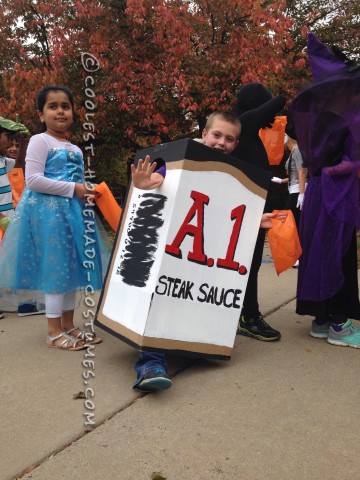 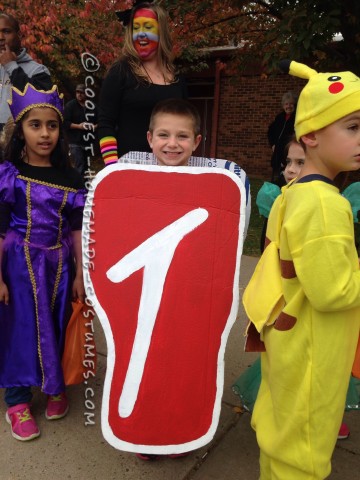 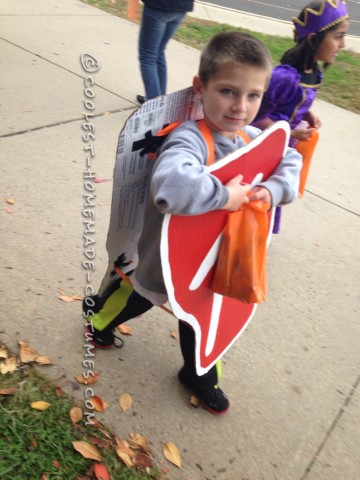 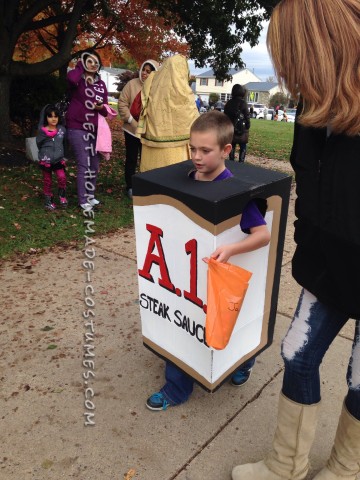