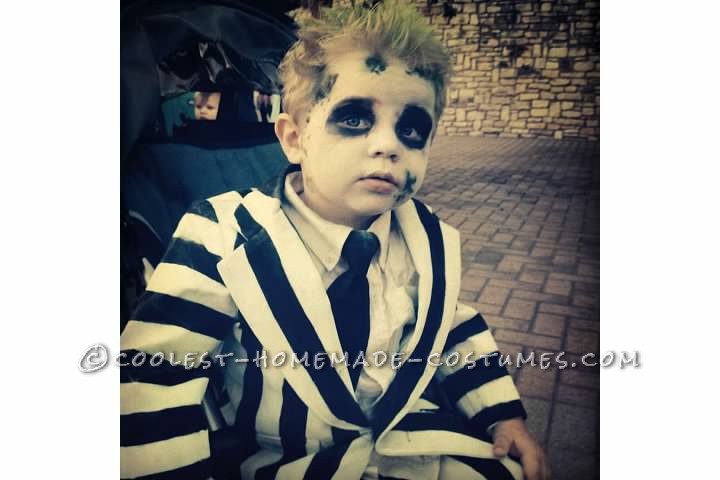 I wanted my son to be Beetlejuice so bad, so even though he just turned two, I knew I had to try. I searched high and low for a tux in second hand stores, mainly because I felt unsure how it would turn out, and suits are expensive. I finally found one, but it was a baby blue tux, that’s alright, I planned on painting it anyway; bonus was, it was all one color and had a striped look to it, which helped me keep my lines strait.

It took about three days of painting. I used acrylic paint which made it a tad stiff, but it seemed to be fine and match the Beetlejuice look. The baby blue made the white paint look a little dirty which was a perfect addition to the old weathered look it needed anyway. I was very pleased with how it turned out.

I then bought a white dress shirt which I soaked in tea for just a few minutes (maybe 10 minutes) just enough time to knock the bright white down a notch. I bought a tie, which happened to be maroon, and so it had to be painted it so it would all match. I could not find any lace up boots (I was trying to be as detailed as I could, and in the movie Beetlejuice wears combat lace up boots) so, not finding any annoyed me, so he ended up wearing a pair of black cowboy boots, but it worked fine. I still tucked his paint legs in, and then I topped off the costume by gluing a couple beetles to his suit.

Painting his face was my main concern, but he was a champ, and it turned out pretty great! I sprayed a little green in his hair and we hit the road. He had so many people stopping to take his picture, and people laughing remembering when they used to watch BEETLEJUICE! It was a blast! 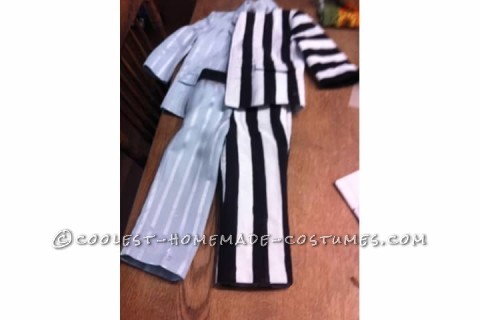 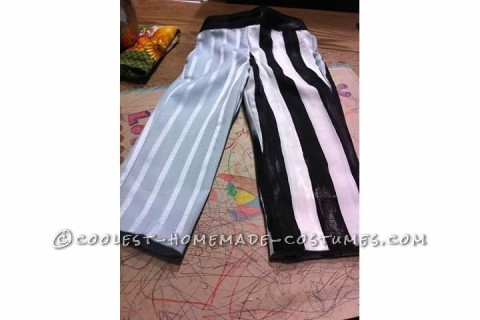 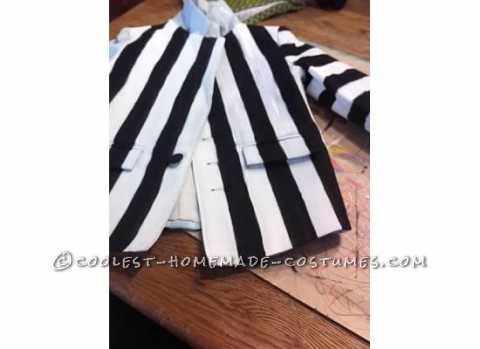 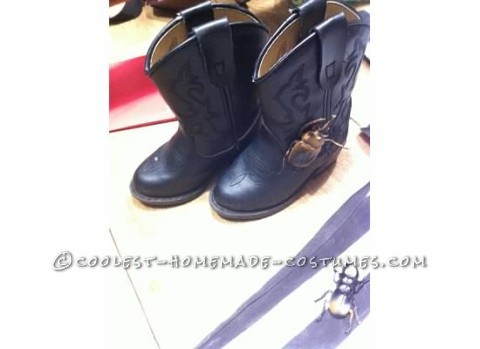 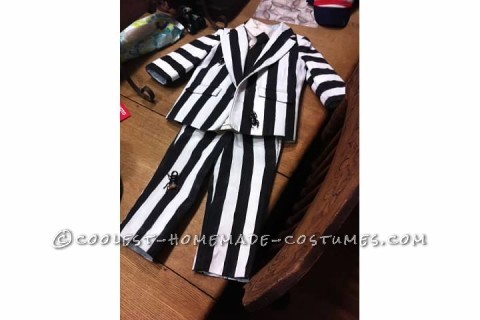 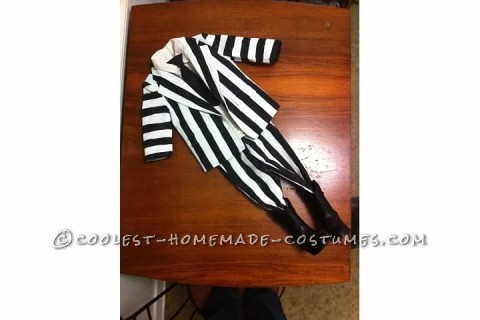 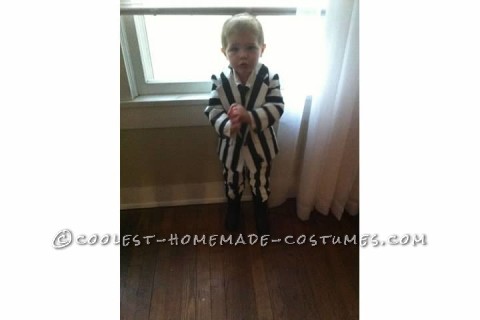