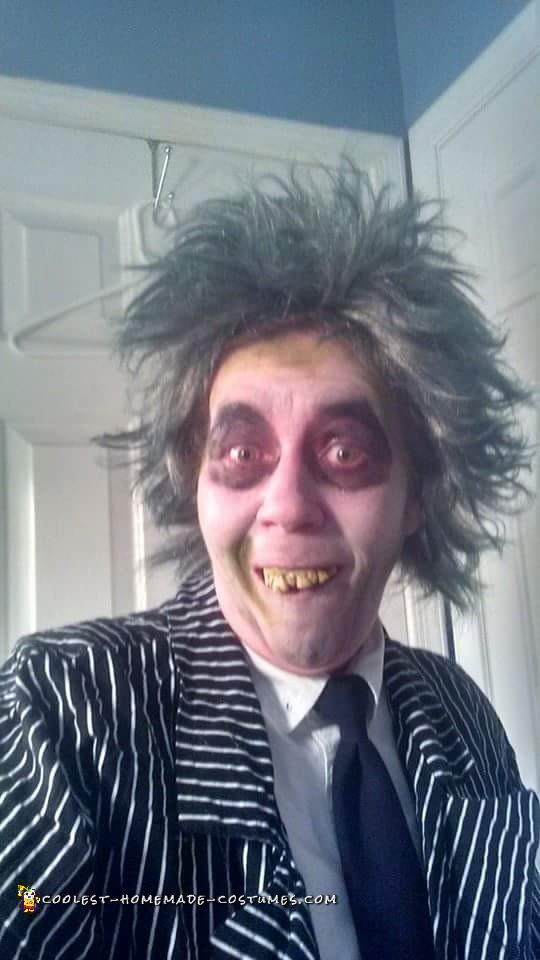 I made this DIY Beetlejuice costume because I like being in Character when dressing up.

I love the character Beetlejuice. He is very whimsical and the movie cracks me up. I ponder from year to year what I can be for Halloween and once I get something in my mind, I start searching thrift stores, closets, friends, and neighbors for just the right stuff to make my costume pop. In my search I came upon this stripped jacket and pants at the local thrift store and the fun began.

I went to our local halloween store and tried on several wigs until I found the perfect one. I chose a gray zombie wig and teased it up just a little more for that fright look.
I sprayed some green paint on it to stiffen it up and give it some of that dead grassy look.
I had to have rotten teeth also, so I went to the kids’ section in a local department store where the 5 and under toys are and I found a pack of fake rubber teeth.
I practiced putting the makeup on till I knew it was about right. I had to have that dead look.

When I was driving to work early that morning, heads turned at every stoplight. I arrived at work that morning, walked around doing my Beetlejuice moves and had to tell everyone who I was. I had desguised myself so well that I fooled all of my co-workers.

The hardest part was keeping those darn rubber teeth in. Even though they tried to pop out at times, it put me more in Character.

My co-workers loved my make up and out fit. I had others coming from different departments in the plant, just to see me. I won the company contest. Ok it was only a bag of candy, but heck… it was so much fun! 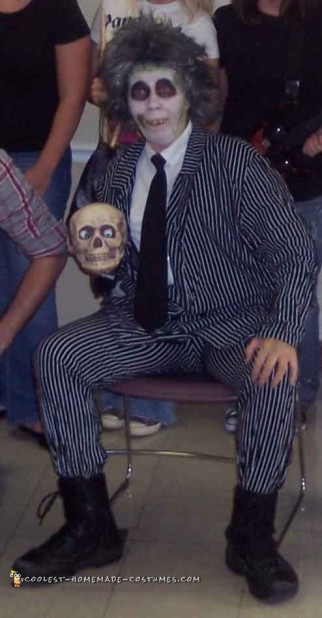 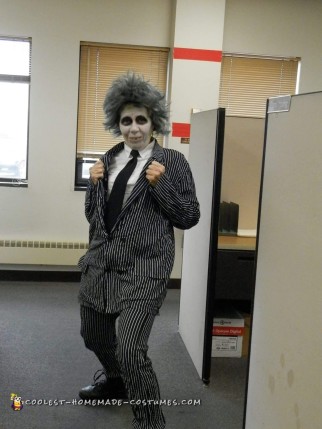 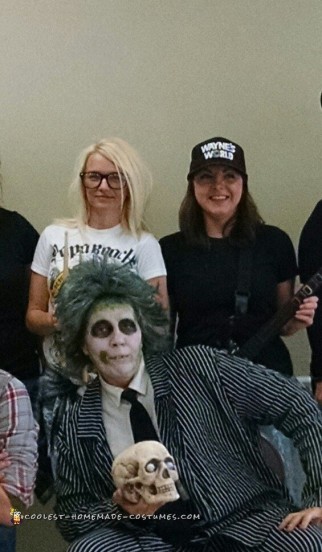